The first game might come too early for Enda Lynn 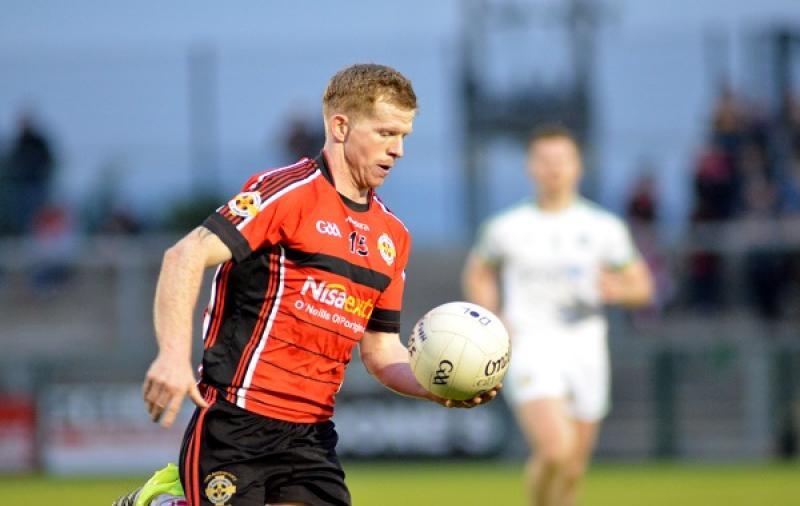 Enda Lynn may not feature for Greenlough until later in the group stages (Pic: Mary K Burke)

Joe Cassidy has returned to a different Greenlough than the one he led to 2015 intermediate success, with more young players coming onto the scene.

One thing Cassidy has noticed has been the improvement of Niall Loughlin who has bulked up and has led their attack in recent challenge games.

Enda Lynn has played in pre-season, but needed a further check-up and Cassidy, who has Eglish man Sean Murtagh in as trainer, might keep him for the second or third group game with the view to the knockout stages.

Kevin McCann is back in the fold to add extra experience but with work commitments 'Dodger' has had to maximise training time at the weekends.

These two clubs were almost inseparable over a decade ago, with Greenlough beating the 'Quigan in the 2008 final, before the result was reversed a year later.

Ballymaguigan are managed this year by Colin Letters who captained them to a league and championship double in 1993, before spending eight years in America.

He has inherited a team in transition. From the team which lost the 2018 final to Banagher, Ballymaguigan have lost a wealth of talent. Former player/manager Darren Conway has retired and Ciaran 'Papa' McIvor is still on board, but is playing 'bits and pieces'. Ryan Ferris has also transferred back to Magherafelt.

Andrew McCartney has joined his management team, alongside Paul Donnelly.

Playmaker Sean Brady won't be available while he waits for an operation on a hand injury. Also in attack, a hip injury – which requires an operation – will rule out accurate free-taker Daniel Bradley.

It will leave Michael Spiers, Fergal Johnston and Tomás Brady as important players for them. They couldn't have been handed a tougher draw and Greenlough should pick up an early win.