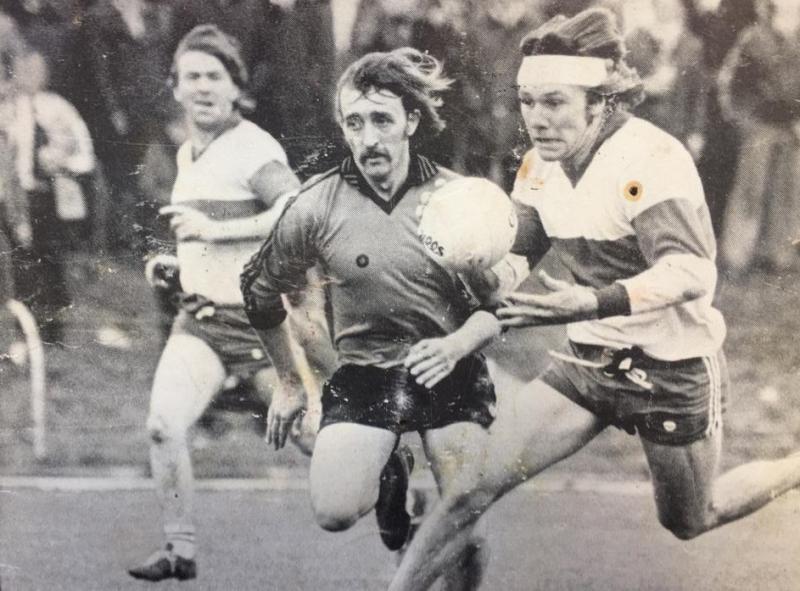 Eamonn Colman's ability to get the players into the right frame of mind was the reason Derry won the 1993 All-Ireland, according to former Derry star Gerry McElhinney.

The first instalment of a two part interview, in the County Derry Post, charts the all-star forward's GAA career.

He felt any chance of landing Sam disappeared when his team of the 1970s failed to deliver in Croke Park.

Derry won three Ulster senior titles in the decade and lost the 1977 to All-Ireland finalists Armagh.

Coleman then managed a team, which included Gerry's younger brother Eddie, an All-Ireland minor title in 1983 and it 'started to look good again', McElhinney felt.

Gerry played for Derry from 1975 as a 18 year-old debutant until 1978, before joining Bolton Wanderers to pursue a soccer.

“I was over the All-Ireland in 1993.  It was brilliant, I was never so glad that Derry got at least one All-Ireland,” McElhinney said, while doubting if he'd ever see the day.

The rebuilding of a new team was 'though Eamonn Colman', he added.

“I played against him when he was with Ballymaguigan...we had run ins but he was a great wee man. I have heard stories about him, he was the man behind the Derry 1993.

“You can talk all about the players but he got them right and in the right frame of mind. That team had Joe Brolly, Anthony (Tohill), the Downeys...they were top class players.”

On his own career, he puts playing for Northern Ireland, his success with Derry, getting a run out at Wembley, his career at Bolton and captaining Plymouth Argyle to promotion 'up there' with his career highs. He won an intermediate title with Craigbane but regrets failing to win the senior championship with Banagher.

“If I was to pick one out, playing for Derry and winning two consecutive Ulster finals was the high point of my career.”