The Year 8 pupils at St Patrick’s Maghera continue to honour the memory of past pupil Stephen Quinn who lost his brave battle with illness 14 years ago. 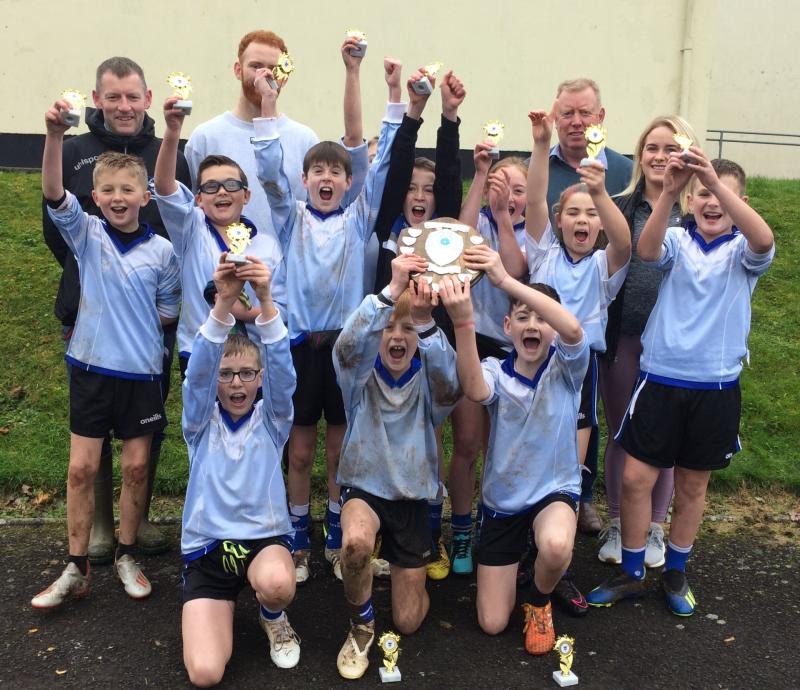 The Year 8 pupils at St Patrick’s Maghera continue to honour the memory of past pupil Stephen Quinn who lost his brave battle with illness 14 years ago.

Stephen’s family accepted a request from the College to rename the Year 8 Class League, which Stephen had been a winning captain of in 2002, in Stephen’s memory. 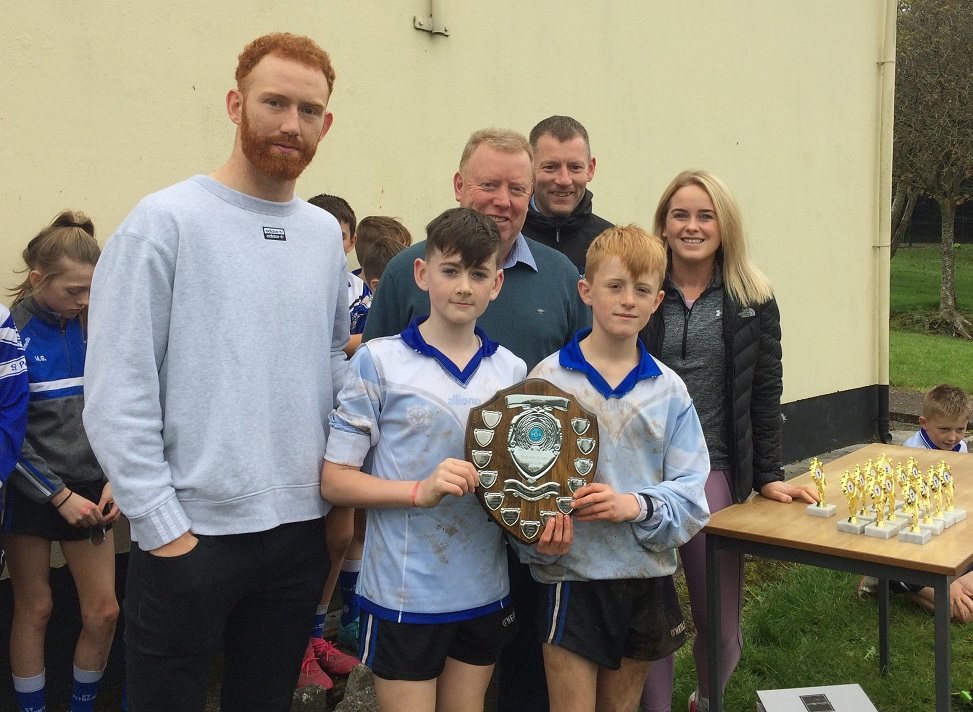 Presentation of the Shield with Conor Glass, the Quinn family and organiser Mr William McAteer.

The traditional setting of the day of the Halloween holidays has since become Stephen Quinn Shield Final day. As ever this year’s final was a very exciting final, battled out by two teams who had met in the group stages when 8Pt had come out on top in a high scoring encounter.

With the full Year 8 cohort of pupils giving excellent support 8Ti opened brightly with Dara O’Kane, Daragh O’Neill and Ruairi Biggs all to the fore. Ryan McGrath was excellent in goals while Danny Mc Goldrick was very solid in defence.

8Pt though worked their way back in to the game after the early onslaught and as the half wore on they had a lot of play but couldn’t manage to get the crucial scores, despite hitting the woodwork on two occasions and seeing two other goal chances go agonisingly close to the major they needed.

Daire Hull, Leon Woods, Jack Rodgers and Corie McKay were proper driving forces for the underdogs while Dara Hassan was excellent in goals but the absence of Padraig O Kane from full back was a huge loss to their team.

This was more keenly felt as the underdogs tired through the second-half and it was 8Ti who finished strongly to send joint captains Dara O’Kane and Daragh O’Neill up to collect the much coveted Stephen Quinn Shield.

The Quinn family were present to hand over the Shield and they were joined by another previous winning captain of the event and St Patrick’s legend, Conor Glass, revisiting the St Mary Building while on holidays from his professional career with Hawthorn in Australia.

“The College would like to thank the Quinn family for their unwavering support of the event and for being in attendance to do the presentation,” commented Paul Hughes.  “Thanks also to Mr William McAteer who organised and ran a fantastic event and to Conor Glass for attending the event. Finally of course a huge well done to all the Year 8 pupils who took part over many lunch times in the past few weeks.”