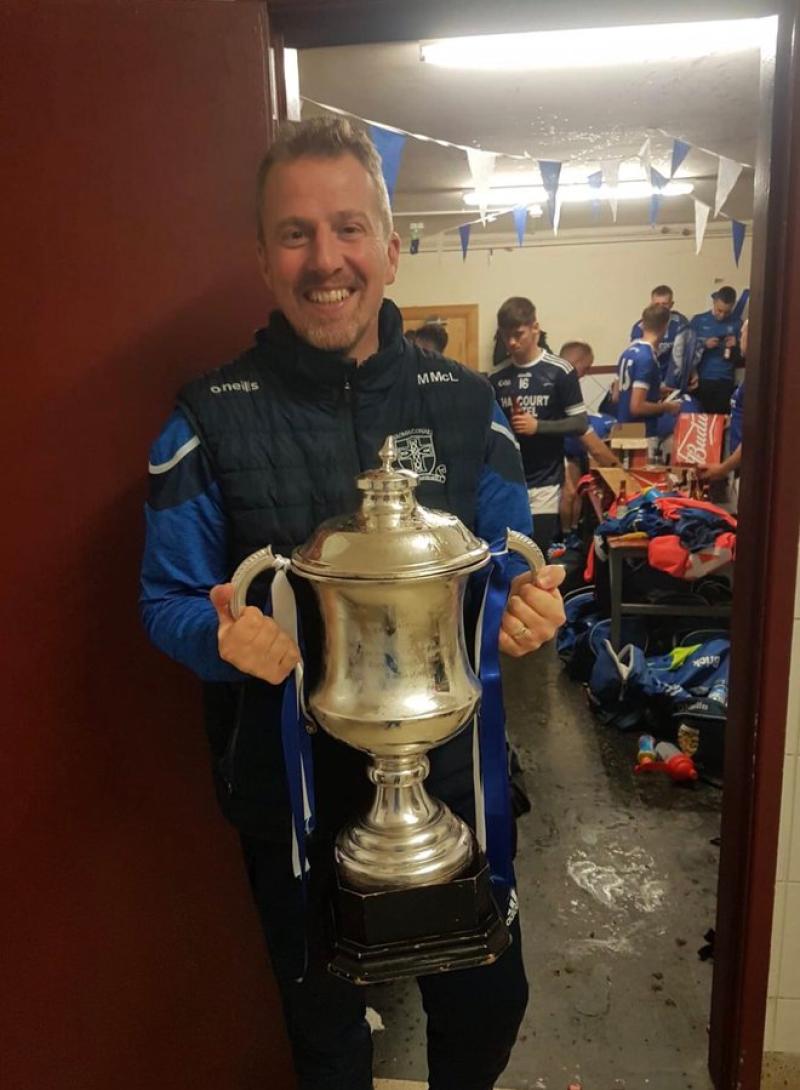 Michael McLaughlin gets his hands on the Dr Maguire Cup.

There was a Derry link to Naomh Conaill's Donegal title on Wednesday night.

The Glenties side eventually saw off Ulster champions Gaoth Dobhair, in a second replay (0-8 to 0-7).

McLaughlin, a former player with Sean Dolan's, was involved with Faughanvale in 2015 when they went all the way to the Ulster Junior Final.  Last season, the St Columb's College teacher coached Cathair Dhoire to the McLarnon Cup Final.

He is in his second season under manager Martin Regan with the Donegal champions.

There is no time for Naomh Conaill to savour the success, as they now play Cavan champions Castlerahan on Sunday in Breffni Park.

Also on Sunday, Magherafelt will travel to Newry (2.30) to take on Kilcoo, who have a Derry trio of Mickey Moran, Conleith Gilligan and Paul Devlin in charge.