Nature's advance and the business case: Can compromise be found at Maghera High School?

The site is at the centre of a long-running campaign to build a park in the face of the council's economic plans. 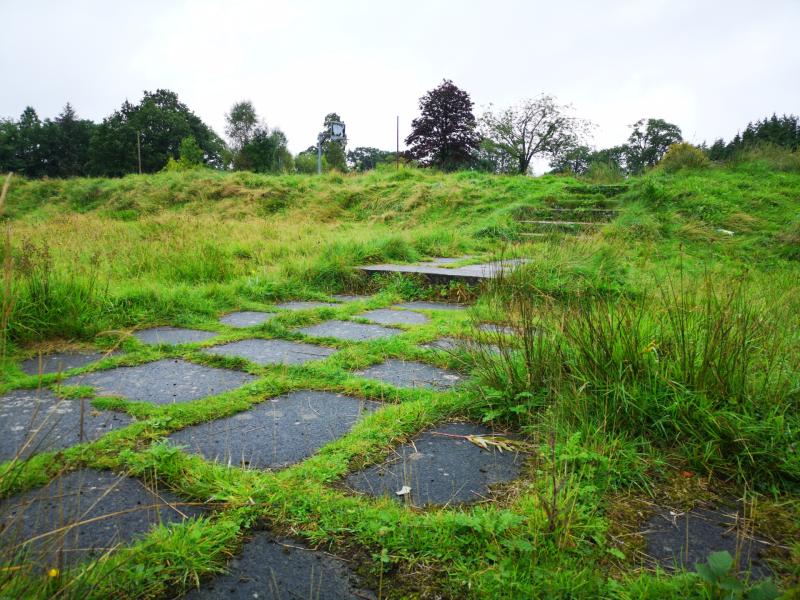 Liam Tunney takes a look inside the site that has left some businesses caught in the centre of a dispute between the local council and an environmental campaign group.

Signs up and down the railings warn passers-by to keep out, but the gate to the former Maghera High School site is wide open.

The tarmac of the main entrance remains intact, the wheels of the council's service vehicles passing over it regularly enough to preserve it.

An accompanying footpath has succumbed more fully to the nature surrounding it. Moss, dampened by the morning rain, gives it a spongy, slippery feel.

Birdsong reverberates round the high trees that surround the site. It's joined by the faintest drift of music from a radio playing in the service shed.

Traffic hums down the Tobermore Road beyond the trees and from behind the nearby Walled Garden towards Maghera Town Centre. 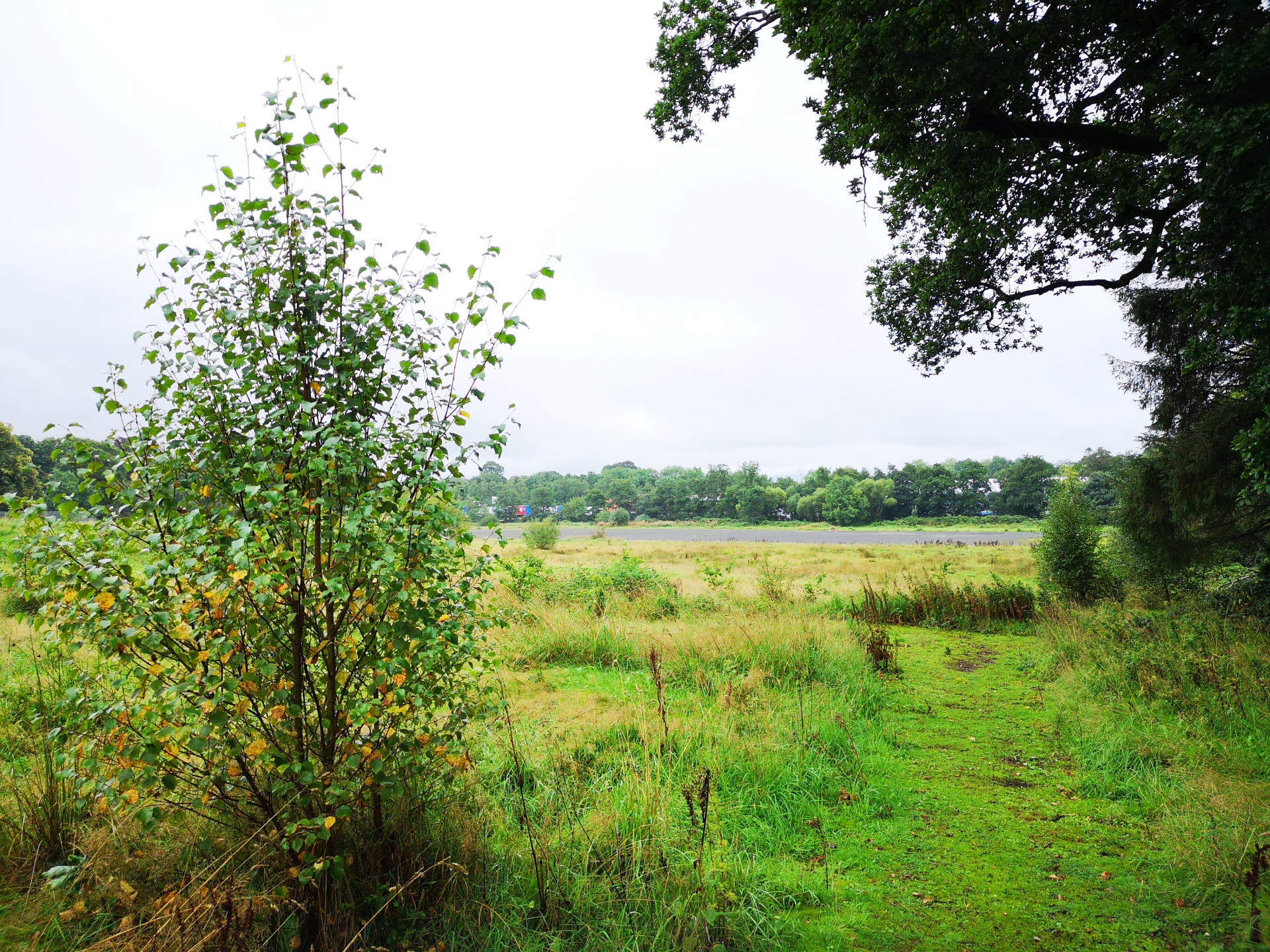 Further into the site, foot-worn pathways snake through the overgrown grass, trodden by the passage of walkers – or trespassers, depending on your point of view – in the years since the school closed.

Sporadic patches of rushes are dotted around the greenery, which sprawls over the 24 acres contained within the site. Old stone steps peer out from underneath an advance of briars, grass and bushes.

Relics of the school still remain. Two basketball nets stand tall on the raised ground which slopes down towards the former hockey pitch.

A raindrop-laden spider's web hangs in the top corner of rusted goalposts set into the hedge on the east side of the site. 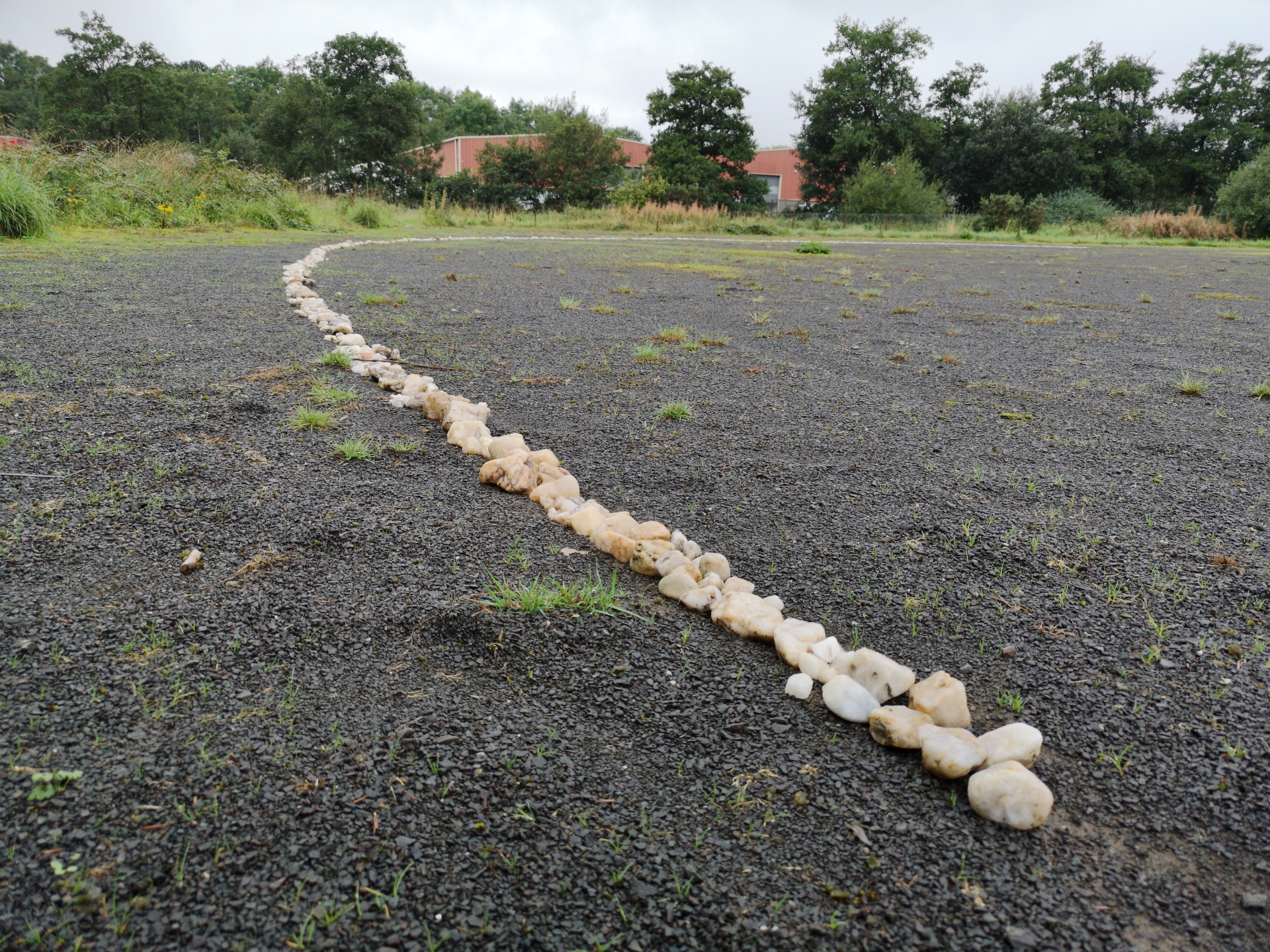 On the gravel surface of the hockey pitch, someone has painstakingly arranged a series of white marble stones in an arc for around 50 metres.

This is ground zero in an increasingly bitter battle between a local campaign group and Mid Ulster District Council over the fate of the Tobermore Road site.

A council decision to grant planning permission for an industrial park or enterprise centre on the site has been met with opposition from Maghera Park Action Group (MPAG).

The group wish to see the site developed as a park and have re-launched their opposition in response to a Department of Infrastructure (DfI) review forcing the Council to re-consult on their decision.

Land to the east of the site has been purchased by the council with a view to developing what they have termed 'green space', with a decision taken to hold consultation on the land. 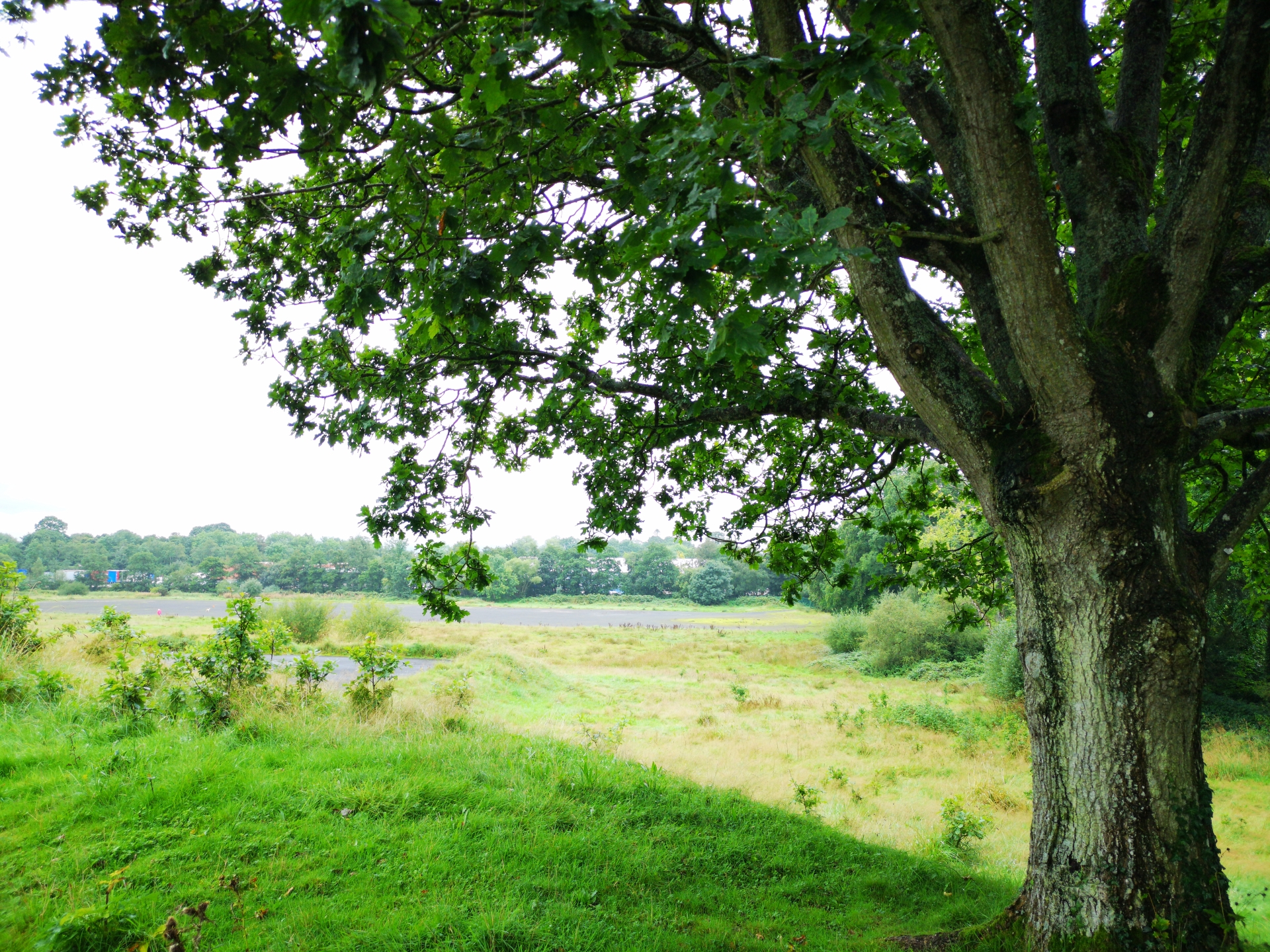 MPAG have said there are no guarantees for the loss of 'current mature wood or parklands' in the purchase of the new site, and criticised a council commitment to plant 700 saplings on the school site.

“To replace what is lost to the environment will take until year 2200,” said a spokesperson.

“In terms of climate crisis issues, their plans are appalling, economic, short-termism of the most inconsiderate sort.

“There are zero guarantees to the community for the loss of their current mature wood/parklands in the purchase of this site.”

The Council have said they are responding to a need for economic and industrial work space within the area.

They have cited research determining the shortage of suitable development land and work space is the 'single most important development constraint' for business growth in the council area. 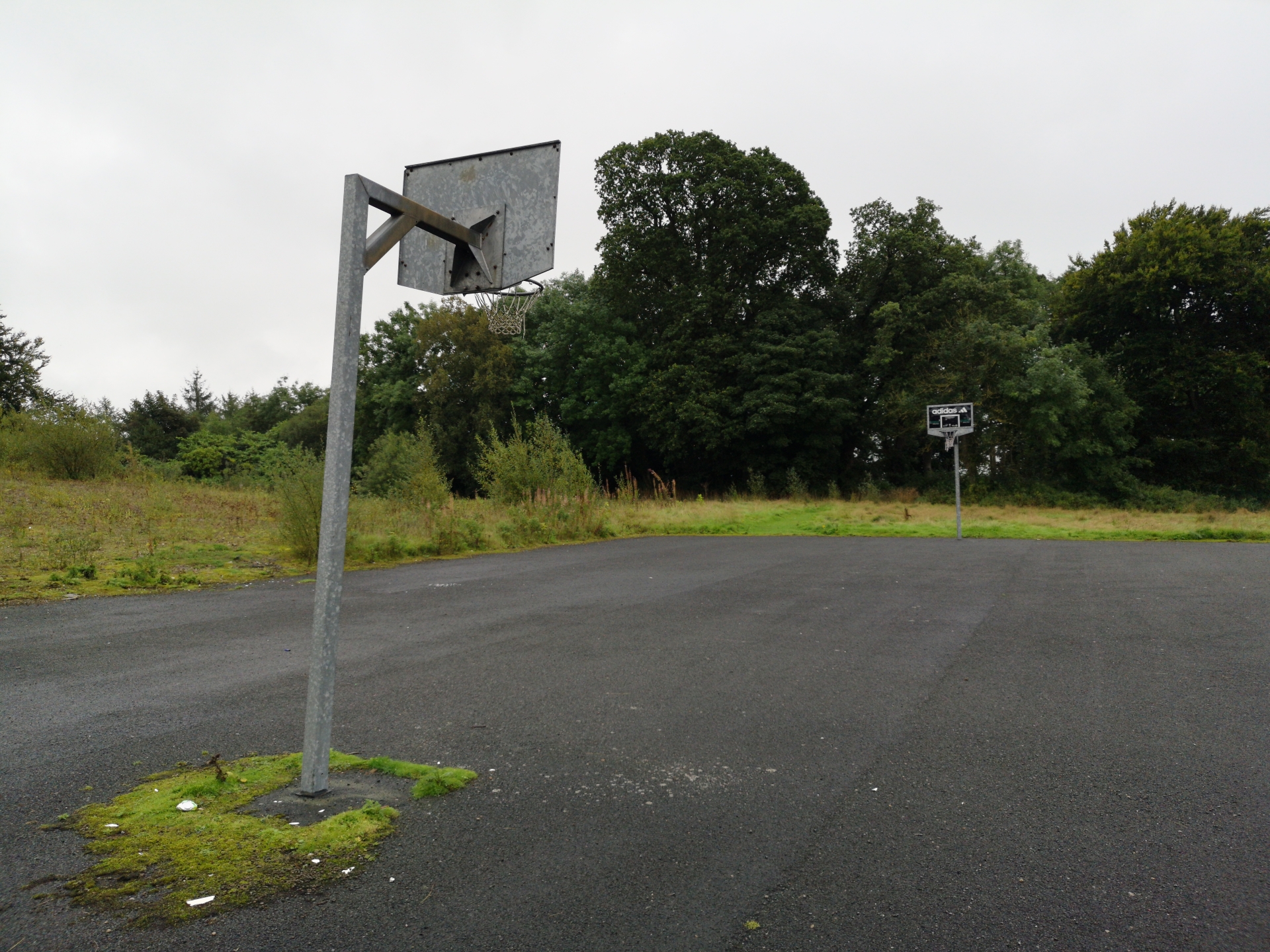 While the MPAG campaign has said a large number of businesses in the town support the development of the site as a park, some feel their voices have been lost in the process.

Michael McGrath, whose business Crushing Screen Parts is an applicant for the proposed park, has said the town is losing companies due to the lack of economic space.

The local company were only able to secure their current premises at Maghera Business Park when the incumbent moved out of the town due to a lack of new, larger premises to accommodate their growth.

“They had outgrown their facility and could not find any larger ones in Maghera,” he told the County Derry Post.

“That was 10 – 15 jobs that moved when that occurred. They have probably twice that now so it is a significant loss to the town. 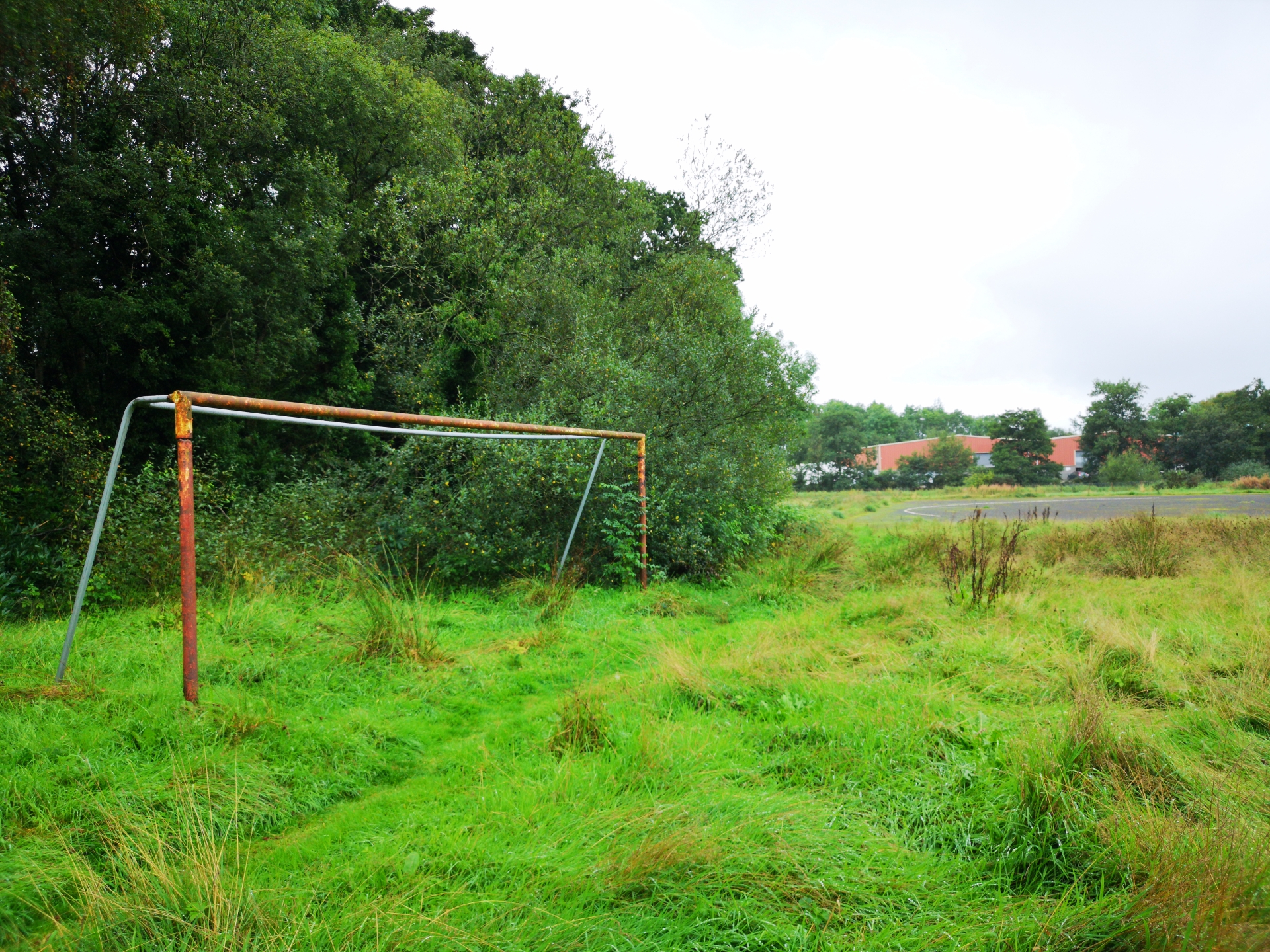 The growth of the hedge has advanced on the rusted goalposts of the old football pitch.

“Business after business starts in Maghera and as they grow, they have no alternative other than to leave and go to another town to get a facility to suit the growing company.

“Employees that are local must now travel whereas before many were local to their workplace prior to the move.

“Of the seven employees in my company, five are from Maghera. People want to work where they live but majority of Maghera residents do not have that luxury.”

Michael says companies leaving the town has a knock-on effect on the community groups and clubs who depend on them for support.

“As they grow even more successful, they support and sponsor the local groups in the town where relocate robbing Maghera town based organisations of that vital support,” he said. 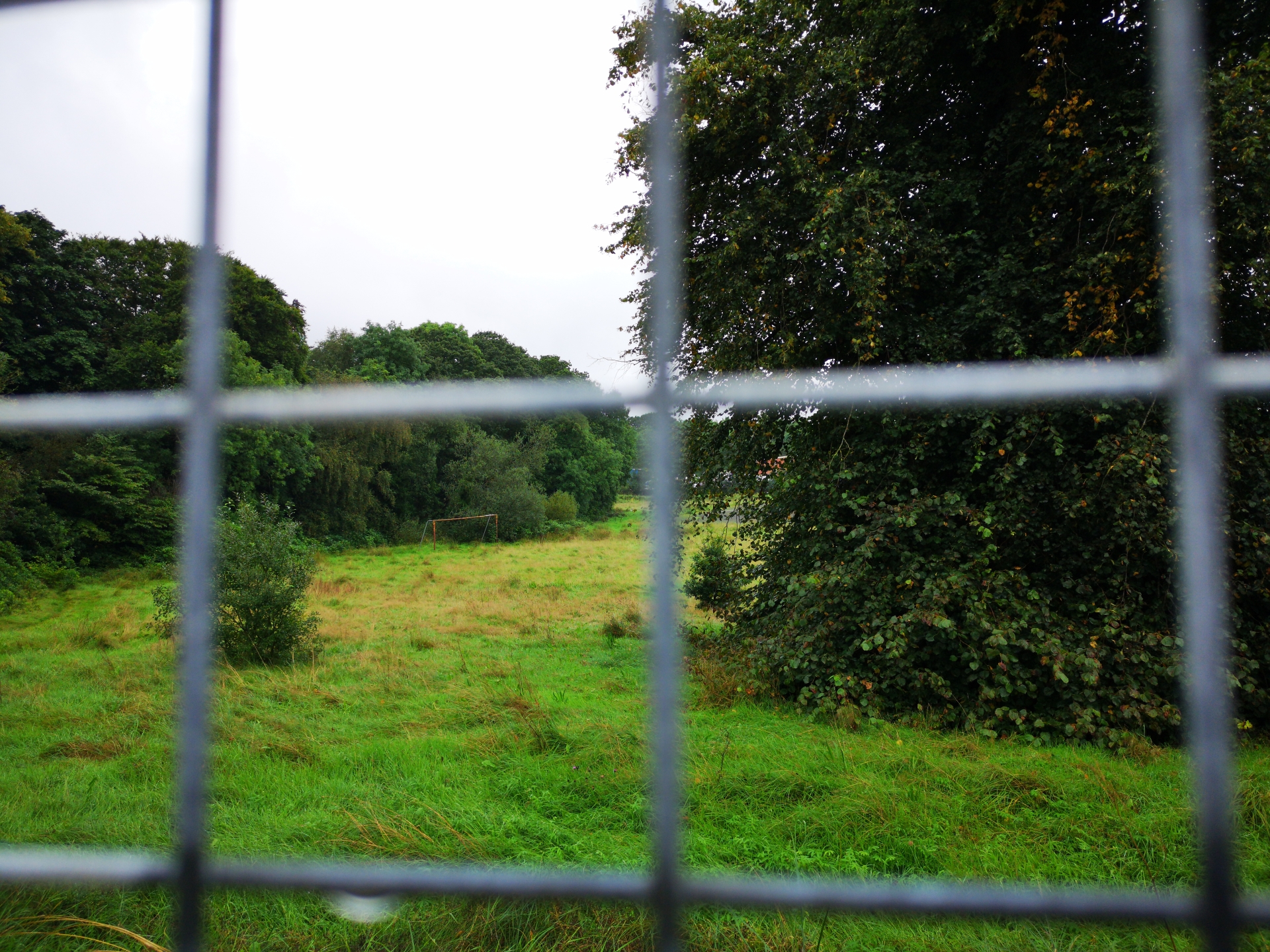 “Had I not got this unit I would have had to leave the town and I do really prefer not to. I want to see this town flourish and not see the benefits going to other towns instead.

“The units we occupy are excellent seed units meaning a small business could rent a unit and establish a company and then as the company grows they naturally move up to a larger site.

“Being a long-term resident in the current location means I am holding back new companies from starting in the town, so it's a double edged sword.”

Michael feels the public debate around the site has been unfair on businesses, and says some aren't willing to speak out for fear of negative reaction on social media.

“I certainly thought long and hard before raising my head but I feel someone in the business community has be willing to speak up and put another view out there,” he said.

“I see councillors and others being attacked on social media for voicing their opinion and I think that is simply wrong.” 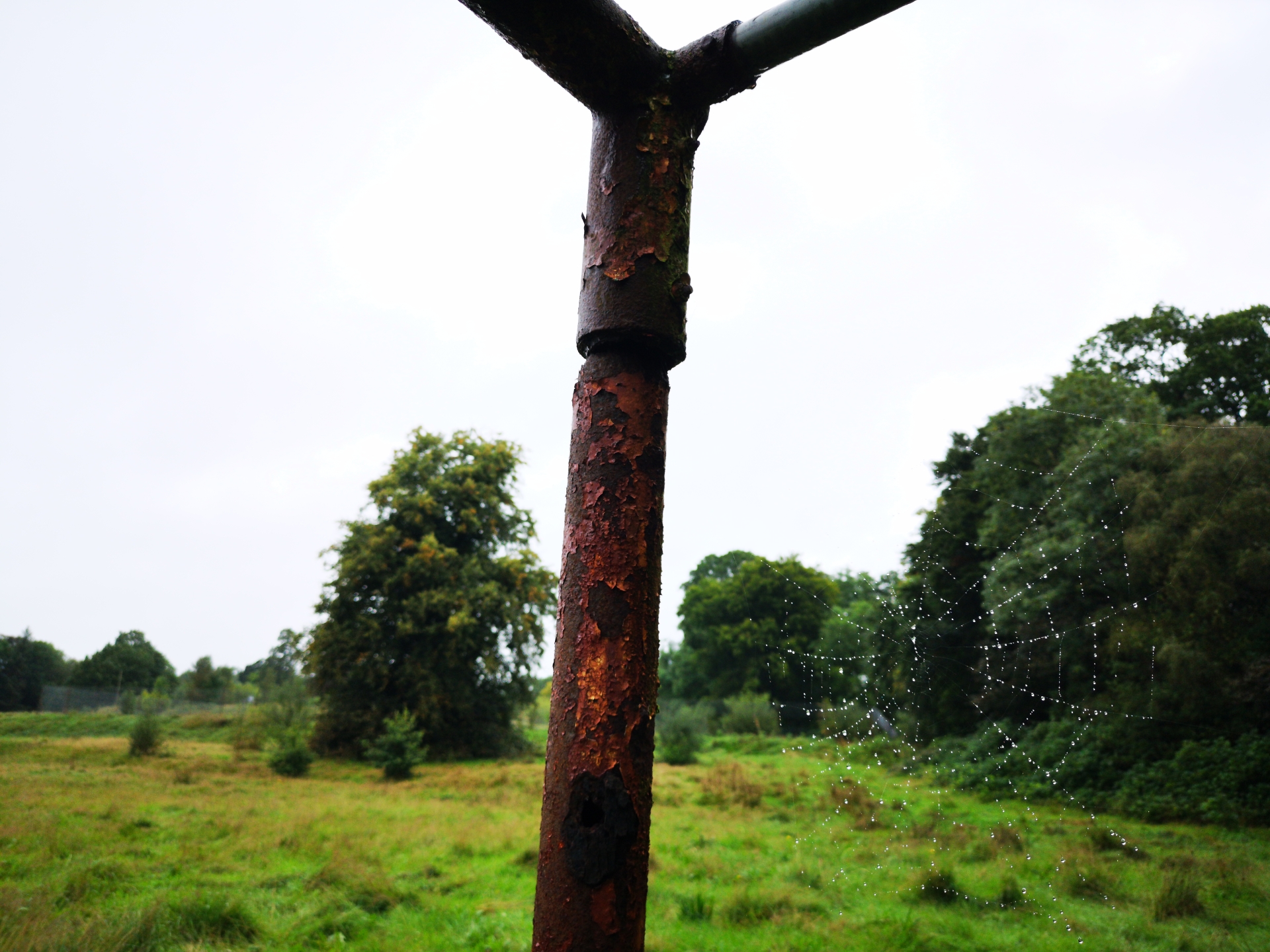 MPAG have said there are alternative sites in the town that could house an economic park, but Michael says the acquisition of land next to the site presents an opportunity for compromise.

“Personally, I feel a business park is the best outcome for the contested site but I feel this can work harmoniously with an open area park,” he said.

“If the site is successful, I believe it will greatly benefit the town and surrounding areas as well as sit nicely with a recreational park on the adjacent ground,” he said.

“Everyone can be a winner on this with two success stories sitting side by side. A business park and a recreational park side by side - now that would be a win-win,” he added. 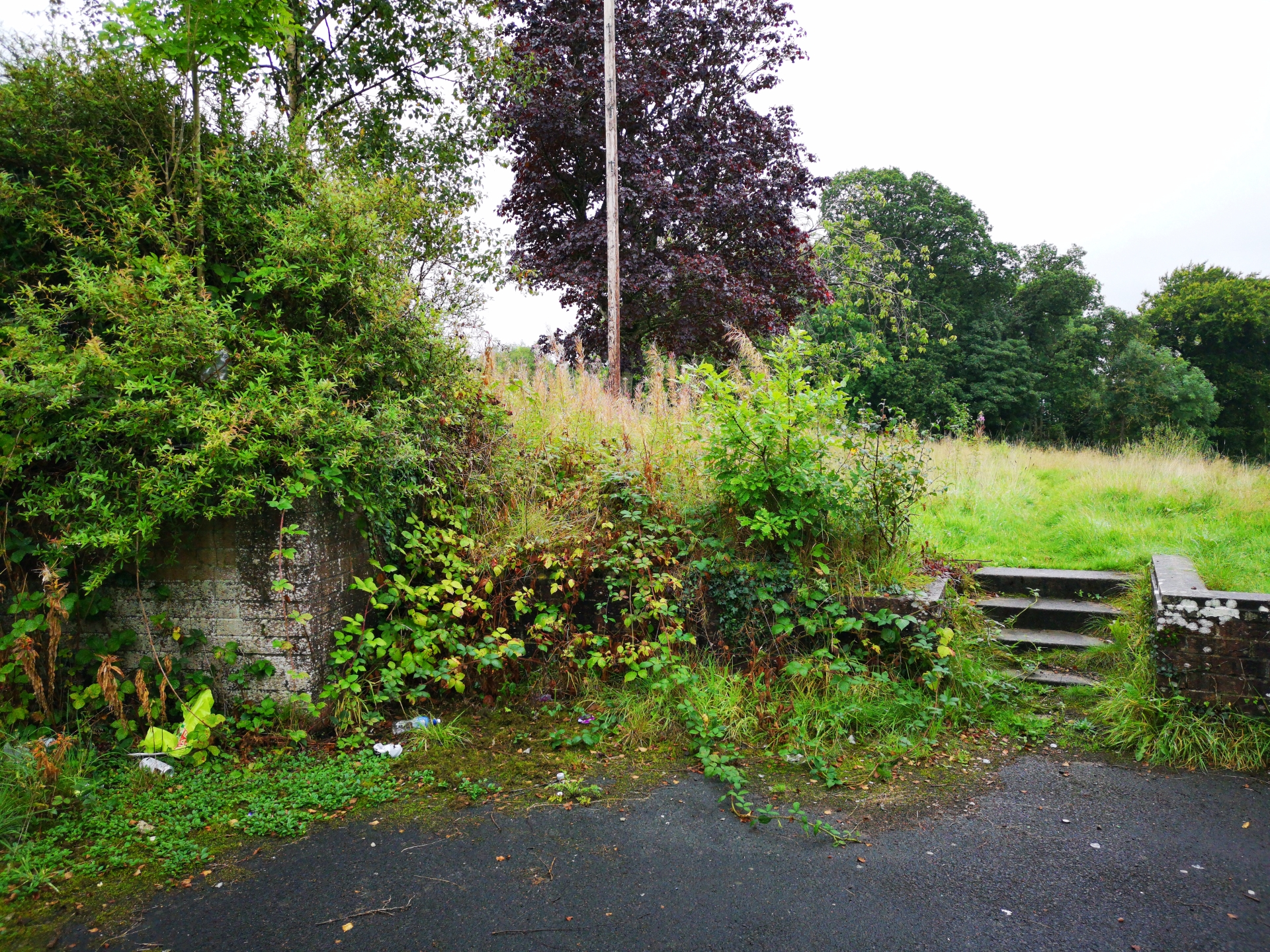 The Council's re-consultation process drew to a close yesterday. According to the Maghera Park Action Group website, 388 emails of objection have been sent using the group's template.

As I make to leave the site, one woman walking her dog around tells me the area has been her 'solace' throughout last year's lockdown.

The gravel hockey pitch sits on a flood plain and is outside the Council's development plans.

The architect of the stone pile may yet get to finish their work.

The legacy Magherafelt District Council had explored the prospect as far back as 2010.

A local group has been campaigning to preserve the area's green space.
ADVERTISEMENT - CONTINUE READING BELOW