The legacy Magherafelt District Council had explored the prospect as far back as 2010. 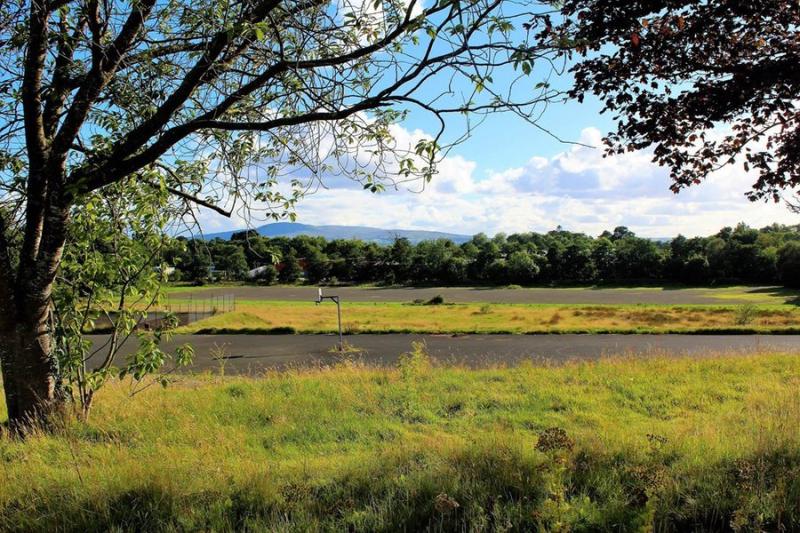 A local council has again come under fire from a County Derry campaign group after it was revealed the site of a proposed industrial park had originally been sought for recreational purposes.

The group would like to see the site developed as an area of green space, and have criticised the council's consultation process around the proposed industrial park.

The council were forced to re-run the consultation after a Department for Infrastructure (DfI) review found errors in the wording of the previous process.

Now a Freedom of Information (FOI) request issued by MPAG to the Education Authority has revealed that the legacy Magherafelt District Council had planned to develop the site for recreational purposes. 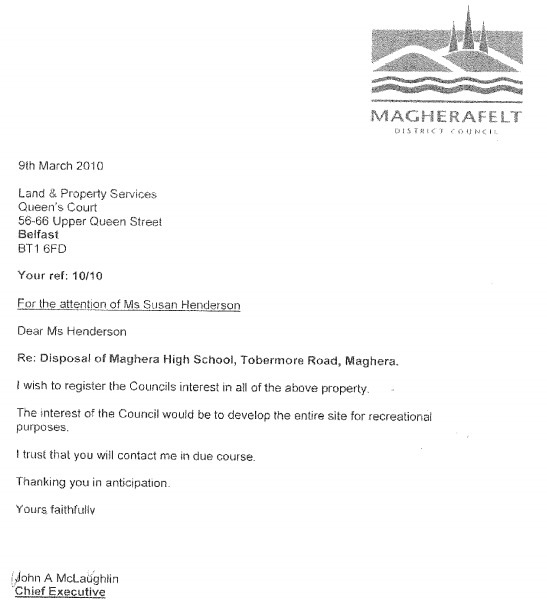 “I wish to register the Councils (sic) interest in all of the above property,” it read.

“The interest of the Council would be to develop the entire site for recreational purposes. I trust that you will contact me in due course.”

In response to questions from the County Derry Post, a spokesperson for Mid Ulster District Council said 'years of investigation' had subsequently been carried out into the site's potential.

“This was in tandem with ongoing research and appraisal of the socio-economic needs of Maghera and the wider district resulting in the current planning application being lodged in 2019.

“This coincided with the Council acquiring a further15.6 hectares adjacent to the former High School site for additional open recreational space and general mixed use.”

MPAG have also raised concerns around the current consultation process, claiming the council's online form is weighted towards yielding a positive response.

The group have produced a draft response on their website for residents to register their opposition to the planned industrial park, which has to date been used over 200 times.

A spokesperson for MPAG said they have contacted the council's planning consultants to voice their concerns about the process.

“In our view, the feedback form is inadequate,” they said.

“Not even mentioning the increased range they are applauding and the appalling photo used, the set questions are designed to support a more positive reflection to feedback in the development proposal. 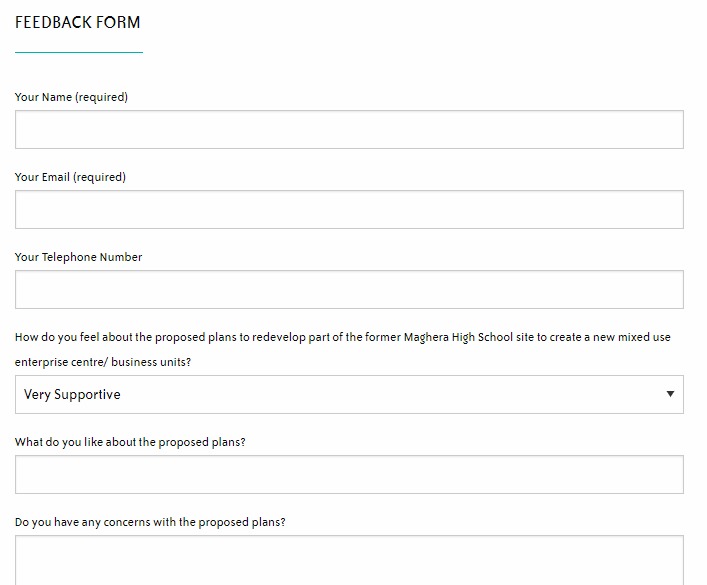 A screen shot of the consultation form.

“The online tick box for 'how satisfied are you about the proposal' is defaulted to 'very satisfied' rather than a more neutral option.

“The spacing for written replies, we have been advised, does not meet with government guidance on accessibility.

“A more neutral and open set of questions would be viewed as an authentic attempt to gather the community's views rather than skew responses to form a positive outcome.”

A spokesperson for Mid Ulster District Council said the form allowed people to 'express their views on the proposals'.

“All responses to the consultation process will be considered,” they added.