A blueprint for Derry’s tech scene 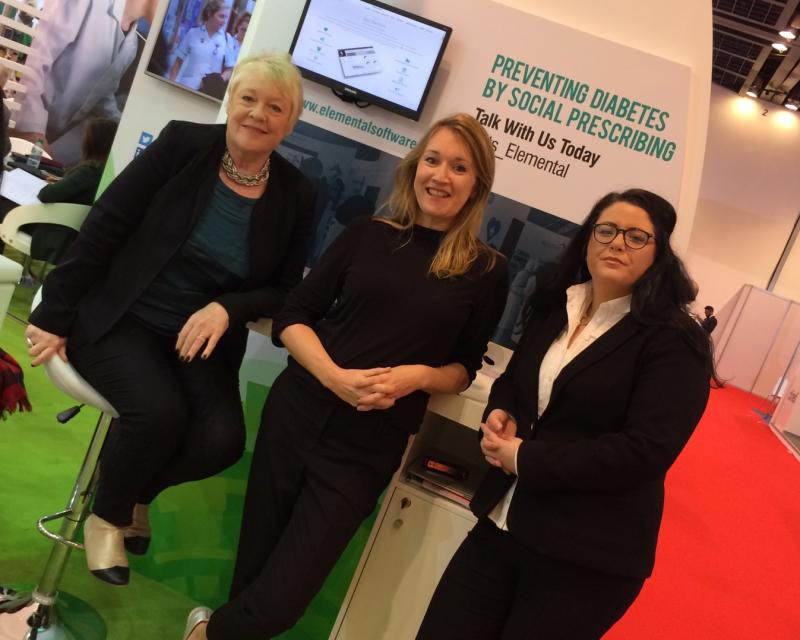 Mary McKenna is a tech entrepreneur and angel investor based in the North West.  She co-founded successful online learning company Learning Pool in Derry in 2006. Today, she works extensively with start-ups and scaling tech companies. She is one of the co-founders of cross-border social enterprise and female founder community AwakenHub and she is part of the EU’s flagship EIC Accelerator innovation team.

A few weeks ago Digital DNA’s Simon Bailie asked me to write a short piece about Derry for DDNA’s 100 Top Tech Companies in NI report.

Simon asked me to cover the Derry tech scene – how it’s altered in the almost 20 years I’ve been working in the city and perhaps more importantly, what the missing ingredients are that would make the Maiden City’s tech scene really sing.

I enjoyed writing it and was surprised to find that no-one else has written about this. Here’s what I had to say in full.

How much has the Derry tech scene changed?

I began working in Derry in 2004. I moved from Belfast where I’d been global CFO in one of QUB’s semiconductor IP spinouts.
I’d spent a good bit of my time in the early noughties in Silicon Valley and Derry in 2004 couldn’t have been further from San Jose. The only similarity was that the streets were completely deserted by 5.30pm.

When I told my friends in Belfast that I was taking a job in Derry they all tried to talk me out of it.

I remember trying to recruit a team in 2004 and talent was very thin on the ground. Most of the local workforce were lifers in one of the FDIs or they commuted to tech jobs in either Belfast or Letterkenny.

The local 'tech scene' back then was dominated by the prominent FDIs Seagate & Allstate (or Northbrook as it was then known), big fish Singularity (bought out by Kofax in 2011) and a never-ending raft of call centres and it was populated by revered avuncular middle-aged men like Bro McFerran and Dr Alan McClure.

Anyone calling the HP or Expedia customer help lines back in the day would’ve been greeted by a Derry accent, way before it was trendy.

We started Learning Pool in London in 2006 and quickly moved the company to Derry because it was bootstrap-affordable and because of the ready talent graduating from Magee.

We couldn’t afford to hire an experienced team so we recruited new graduates with the right attitude and trained them.

We didn’t have an office so we took a few desks in the (by today’s standards) shockingly haphazard co-working space at the university.

Even though the space was supposed to be reserved for new startups, a few companies had been renting in there forever so we ended up with desks dotted here and there in random parts of the floor.

No-one in our team could sit together and the co-working space manager constantly shushed us whenever we took phone calls and harped on forever about the washing-up.

We had a desktop PC in the corner with a paper notice sellotaped to the top of it which read DO NOT SWITCH OFF (we didn’t have a server either!)

Today there’s a stable of promising scaling tech companies choosing to base themselves in Derry.

Established companies like Elemental Software  (made the Top 10 in Tech Nation’s Rising Stars 3.0 last month, and Foods Connected - No 5 on the Deloitte Fast 50 across Ireland in 2020.

Newer entrants like medtech company  Respiratory Analytics (just raised a pre-seed from an interesting bunch of investors and have an eye firmly on the US market), cyber security company ITUS and caretech challenger startup InCharge.

Many companies keep one foot in Derry and the other in Donegal, thus preserving their EU status for access to customers and funding.

Catalyst Inc (formerly known as the NI Science Park) opened its doors in 2014 on the historic Fort George site just outside the city and has been a great formal addition to the fabric of the local ecosystem.

Other active startup supports like Startacus and new island of Ireland female founder community  AwakenHub are anchored in Derry.

A lot of newer founders have lived away from Ireland for a while but are electing to return home and settle down, build a business.  Catalyst’s Co-Founders programme has uncovered some interesting nascent companies.

Some of those new graduates that I recruited back in 2006 or 2007 have gone on to found their own startups.  That’s how ecosystems work.

The FDIs are still present but they’re less dominant today.

They don’t have a lot of employee churn and just tick along in the background, largely behind closed doors.

They bring employment to an area of Northern Ireland that badly needs it and they sponsor the odd event and programme.

Many of the call centres seem to have been bought over and have disappeared.

Innovation and all the interesting stuff happens in the smaller, agile companies around the edges and this is what we need more of.

As well as the FDIs we now have the presence of indigenous scaleups like Kainos (one of Northern Ireland’s two unicorns) and FinTru.

It would be great to see a few more like these moving in but high quality office space is an issue.

Maybe not so important in the future we’re facing post-COVID.  The traditional talent pool has extended from the Bann well into Donegal and in Derry I’ve worked beside people who’ve commuted daily from as far afield as Ballycastle and Creeslough.

If it was Christmas morning and I could have three wishes to improve the tech sector ecosystem in the North West this is what I would wish for:

- An ambitious cross-border university named after the late John Hume with campuses in both Derry and Donegal (and perhaps even further away) and strong links into the powerful North West diaspora that stretches from Philadelphia to London to Singapore. I’m always impressed by the vibrant startup scene that exists in Letterkenny as a result of the numerous overseas students and researchers who come to LYIT for academic reasons and end up staying. This new university to be fastened at the hip to a well funded and well resourced startup, student and alumni accelerator regime like Oxford University has with Oxford Foundry which in turn connects firmly into sources of venture finance, a bit like EDEM in the marina in Valencia;

- A Derry-Letterkenny- Sligo-Galway Economic Corridor along the Wild Atlantic Way to mirror the Belfast-Dublin corridor that was formally announced in the east of the island last month. This to connect the opportunities that will naturally flow from the new Magee Medical School to the vibrant medtech cluster of companies and investors in Galway and to link in with the newly reinvigorated Western Development Commission and the string of Atlantic hubs the Irish State has invested in over recent years. I am encouraged by news of a new cross-border scaling hub led by Catalyst Inc & LYIT which will be built in the image of the Portershed Galway model;

- A focus placed on determining how Derry and indeed all of Northern Ireland can tangibly and quickly benefit from being so close to an EU border in the post-Brexit world.

Can Derry compete with Belfast?

This was a provocative question posed by Simon in his brief to me.

In my view, this is not the right question and shouldn’t be part of anyone’s ambition.

Any venture starting out in the new world should instead think about opportunities presented as a result of global changes that the past 12 months have fast tracked.

It’s now genuinely possible to be a global company from Day 1 and utilise talent from any part of the globe.  Barriers no longer exist. Cities and regions need to start thinking this way too.

To ask Derry to compete only with Belfast would not be setting a big enough challenge.

So, in conclusion, if you’re looking for a friendly and affordable university city to start your tech business, where it’s possible to be in both the UK and the EU, an hour from London by air, where 1/3 of the population is aged 16-39 and is well educated, where government startup funding is readily available, close to some of Europe’s finest beaches, with top class local state schools and a long history and culture … then maybe you should take a look at Derry.

And my final call to action, on 1 April 2020 Jayne Brady started in a brand new post at Belfast City Council as Belfast’s Digital Innovation Commissioner.

An engineer and former Venture Capital Partner, in the 12 months since Jayne started she’s made a massive difference and she represents Belfast at the digital and innovation negotiating tables in both Westminster and Dublin.

In truth, although she works for Belfast City Council she does her very best to represent all of Northern Ireland.

Isn’t it time we appointed a Digital Innovation Commissioner to do the same and really 'own' this agenda for the NW region of Ireland and its citizens, present and future?