Danny McGilloway...the Derry songsmith inspired to get even more creative during the lockdown

Local musician has written more than 30 songs in recent months 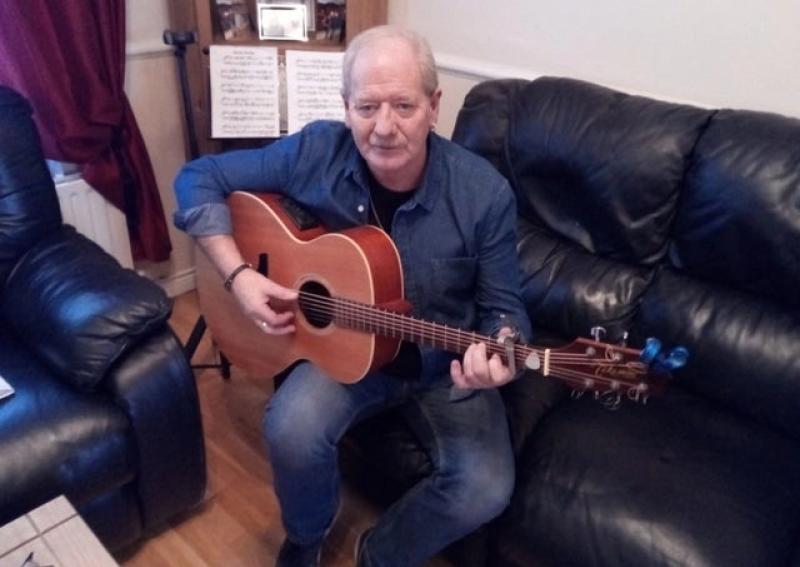 A Derry singer-songwriter who hasn't been able to gig during lockdown has used the time to pen 30 songs and 35 poems.

Danny McGilloway is a well-known figure on the local music scene and toured the globe with ground-breaking  folk group Thundering Down through the 1980s and 1990s.

But although folk music is his first love, he can turn his talents to any genre and says he is never without a pen in his hand.

"Anything can spark the idea and then I'll think 'I just hope there's ink in my pen.'

"The coronavirus has been a big time of creativity for me.

"I'll do what I call a brain dump, which is where you just let the words flow.

"I play both the piano and the guitar but the guitar is my weapon of choice.

"Ideas come through when you are comfortable and I write the lyrics with the instrumental in mind.

"The hardest part is getting started - just pulling ideas from the air."

Danny, who played his last concert on St Patrick's Day before lockdown struck, says his heart went out to people in the music industry.

"Musicians all over have got a raw deal, especially those who depend upon it professionally," he said.

"How do they survive? The government might give them some money, but I can guarantee they'll be looking for it back."

Having spent so many years in the music business, Danny has graced the stage with the likes of  Johnny McEvoy, Johnny Duhan and Frances Black who have all encouraged his songwriting.

The late Derry songwriter Eamon Friel was also an admirer of Danny's and often played his songs on his BBC Radio Ulster show.

"Eamon was such a gentleman and I had so much admiration for his phenomenal talent, so his opinion meant a lot to me," he said.

"In 1989/90 some of my songs were included in a book compiled by Ann Mulkeen Murray called 'There Was Music in the Derry Air'  and Phil Coulter wrote the foreword.

"He said he was delighted to recommend it because there were so many new songs by Derry songwriters."

And Danny's musical talents have kalso caught the attention of a British boxing legend.

"I was playing at the Jersey Irish Festival in the last 1990s at Scruffy Murphy's Pub in St Helier and there was a man in the audience and I kept thinking 'I know his face' but I couldn't put a name to it.

"At the end of the night I got a chance to chat to him and it was Ricky Hatton.

"He raved about the music and we got a chance to speak briefly about Derry."

Just before the coronavirus pandemic struck he sent one his short plays to a BBC producer who was considering it for a film.

He is also a keen painter and photographer and recently published a book 'The Poems and Photographs of Danny McGilloway'.

Danny believes all his creative passions go hand in hand.

"Language is used to evoke specific emotions through the meaning of sounds and rhythms," he explained.

Concluding, Danny said: "Lyrics are for the ear, but photography is for the eye- it's not what you see, it's how you see it."