Joxer's Giants: Johnny McGurk looks back to his playing days

All-Ireland winner reflects on who he would take into battle 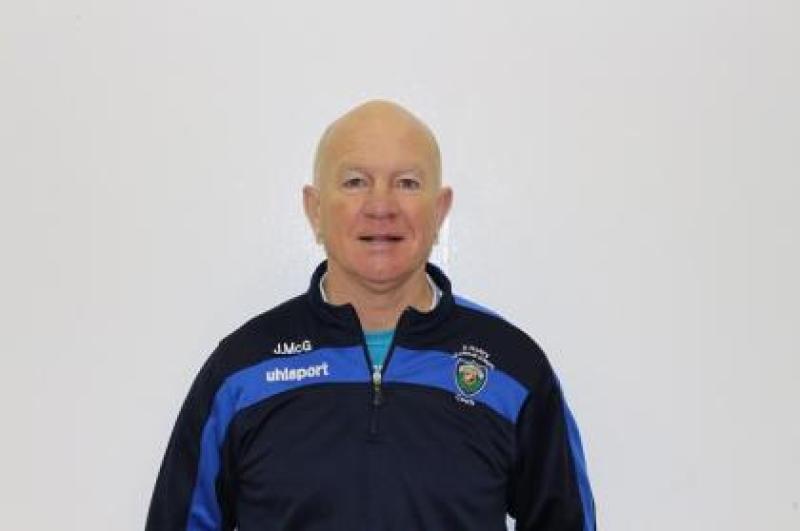 Former Lavey All-Ireland winning captain and all-star wing-back Johnny McGurk casts his mind back, to those he played with and against. He has selected a team of players he would go to war with in the white heat of championship...

'What God has put together, let no man put asunder’.

There is a reason for not having any of the 'dogs of war' in this team, those who fought with me in the trenches to conquer All-Ireland club glory in 1991 - I can’t or won’t pull that team apart.

The one thing from my days of football and hurling at all levels that stands out, is that I really enjoyed the thrill of competing and playing. The players here were all part of the enjoyment factor at various stages of my career.

I count myself very lucky to be a part of some special teams at school, university, club, county and province.

There are many lads unfortunate not be in this team.  Particularly those who reached the summits of 1993 with me.  All of the boys who started that day and made a contribution throughout that year deserve massive recognition.

Gary Doyle, who wasn’t part of the 1991 team, was a superb player for Lavey for many years.

You don’t win anything without great players and particularly great characters as well. Management will always be a massive factor in your development and success.

Paddy Chivers, Adrian McGuckin, John Brennan, Brendan Convery and wee (Eamonn) Coleman were all vital in my progress as a footballer.

I owe everything to the players and management who made all my successes possible.

Easy solution here.  This man was way ahead of his time in the number one spot. He played outfield for his club and it showed in his distribution and confidence with the ball. His kicking out was superb and would have found you with a ‘short’ if on.  A big quiet leader and gentleman as well.  Beer rating - 6.5.

In his era, would have been the first man selected in any Derry side. He was the greatest corner back when you had to play corner back, giving me the freedom to go forward without having a worry behind me.  Had many a spat with him in Dungiven colours and we always came out the other side as friends.  Class personified.  Beer rating – 10 (Legend)

Was too young to be about in Lavey’s really successful years but matured into a brilliant full-back.  I coached him at U12 and never saw anyone who could read the game like him at that age.  He deservedly got an all-star in 2007 and gave Lavey and Derry many years of great service. Beer rating – 8.5

He would walk onto any team in the land. He didn’t like stretching and once smoked a cigarette while warming up. He didn’t fancy training one bit, yet he was imperious as a defender. This four all-stars tells the tale. He was unlucky not to win a county championship with a very good Ballinascreen team in those years. Beer rating – 9.5 (Loses half a point, because of taking too many vods)

He played number five after I left the Derry team for many years and was a superb footballer. Paul was a very underrated tackler and always grabbed you a point at the other end.  He was unbelievably instrumental in Loup's two championship wins and their Ulster triumph. He was quiet but so influential on the pitch.  Beer rating – 4.0 (Too sensible)

Although, at 42, he made fleeting and telling impacts for our 1991 team from the bench, I’m going to allow him in here. He is reason why the rest of us played football in the house.  We grew up travelling everywhere (9-10 in the car) to watch him. His Derry side wasn't far off the 1993 side in terms of talent.  A pure talent, legend, leader and a great influence our family.  Beer rating 9.0 (Loses a point for drinking red wine).

When I came into the Derry team, Joe Irwin was the best player in our county bar none.  There was a defiance, strength and ruggedness that yielded him unplayable.  Unlucky not to be around in 1993 but was a great player for Derry and a decent Drumsurn team of the 80’s.  Great lad too. Beer rating – 10.1 (Due to a national league night in Bundoran).

Anthony was simply the best as an all round player of my time. There was just no one to touch him. He was tall, strong, athletic, skillful, brainy, dedicated and had possessed two good feet.  The big man was such a big gentleman as well – there is nothing more to say.  Beer rating – 7 (Too good to drink too much).

The single most reason why the Down of 1994 regained their levels of 1991.  A midfielder who covered serious ground on the pitch and also could kick long range frees. He would always chip in with an odd point from play as well.  He was a massive player for Down throughout the 1990s and he could sing nearly as well as he played too! Beer rating – 10 (Animal)

The greatest underage player of all time.  I grew up at St Pat’s admiring and living in awe of 'Spoofer'.  A great leader in school for me as well as Derry minors.  Superbly dedicated footballer who was unlucky not to start in 1993, but made many telling contributions.  You couldn’t talk about Derry football without mentioning him.  Beer rating – 9 (Could stick with the best).

I was a lucky man to play in the same Queen’s team and share a lecture theatre as well.  He would have won two All-Ireland’s with Down if not for his serious injury.  He had everything as a footballer, with two great feet and saw everything happening around him. He would have been a success at anything, shown by the company (First Derivatives) he grew. RIP Brian.

One of the finest players to grace the pitch.  He was unbelievably tricky in finding space and had two super feet. A massive influence for Tyrone in terms of scoring and leadership.  The reason that Errigal Ciaran became so successful and why the song ‘oh you’ll never bring the Sam Maguire home’ was but to bed. Beer rating – 7.0 (Moderate).

Joe was a real corner forward who always got you a handful of points in any game.  He flourished in 1993 for Derry and for many years after.  One of the best club players I’ve ever played against in a really talented ‘sirs’ team of that era. A joy to play with and socialise with. Always full of the craic in training and games and still is! Beer rating – 6 (can drink six pints and that’s it)

I played with him for Ulster in the Railway Cup and was delighted as it was a nightmare to play against him! He was possibly the best forward I have ever marked (for a few minutes until I got booked to get off him).  A superb speedy corner forward who scored at will.  A real gent as well.  Beer rating – 0 (You couldn’t drink and be that fast!).

‘Edna’ as he was known, was one of the most dedicated footballers I have ever played with.  He trained like a professional and got what he deserved.  I’ll never forget his days in Maghera Rec on the running machines.  A great scorer from play and frees.  He was part of a decent Watties' side at the turn of the 1990s.  He had a fantastic All-Ireland final in 1993, after getting a slap.  Beer rating – 8.5 (Too dedicated).

- The club hurling team of the decade More...