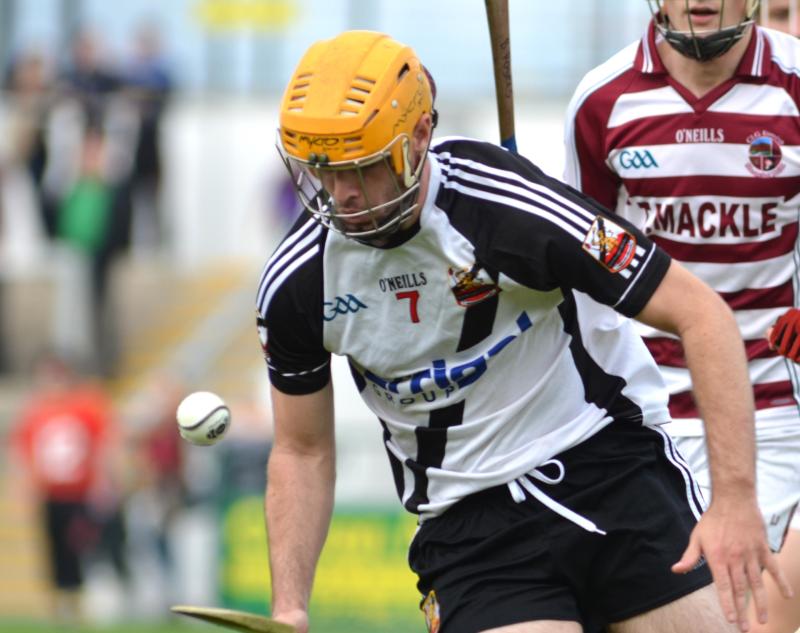 It was a decade dominated by Kevin Lynch's and Slaughtneil, with the latter going on to dominate Ulster and knock the All-Ireland door with purpose last season.

Lavey, once a force in both codes, beat the Lynch's to grab a title at the start of the decade – under current Slaughtneil boss Michael McShane.

Before the maroon and white dominance, Swatragh nipped in to take the 2012 title.

It was an era when the CCC produced the master-stroke of a graded championship structure to give more Derry teams a better crack at an Ulster title.

1 – Daryl McDermott (Banagher)
Big ball or wee ball, it didn't matter – 'Sticks', in his laid-back manner was Mr Consistency between the posts. He had razor sharp reflexes and varied puck-out. He had a great eye and safe hand between the posts. He was Derry's 'keeper for longer than I can remember. Unlucky to have played in the era of Slaughtneil and Kevin Lynch's dominance.

2 – Paddy Kelly (Kevin Lynch's)
A constant in the Kevin Lynch's defence and even had the versatility to pick up a spot in attack for the 2009 hurling team of the year. He has put in place a legacy that his younger brothers are now following. In last year's final with Slaughtneil, he was immense, led by example and would've deserved to lift the cup. Quiet and does his talking on the pitch.

3 – Sean Cassidy (Slaughtneil)
Has been a tower of strength in the heart of the Slaughtneil defence since coming out of the minor grade. Has played a wing back and full back. He is strong, commanding and has a extremely long clearance that takes the pressure off his defence - all done with a smile on his face. 'Tad' took his club for to the county scene where John McEvoy appointed him as captain.

4 – Karl McKaigue (Slaughtneil)
Karl is the player that corner forwards just had to see coming. An very skilful hurler coming up through the underage ranks and as he filled out, he combined his hurling with an athleticism that just sets him apart. Like Paddy Kelly in the other corners, he says very little but when he is given a job to do in a game, there are few better. He can also dodge forward to pick off a score.

5 – Mark Craig (Kevin Lynch's)
Mark captained Derry to U21 glory in 2008 and he has been a mainstay in the Kevin Lynch's story at senior level since. He has played in the defence and had spells in the attack during the decade as the Lynch's tried a reshuffle to give them a focal point. His return to the county panel under John McEvoy has given the young guns an experienced head to led them into inter-county hurling.

6 – Brian Óg McGilligan (Banagher)
Brian Óg has played at full-forward and midfield for Banagher as they tried began to exert an influence over the Lynch's and try to knock Slaughtneil off their perch. He has played at full-back for Derry this season, but he is perhaps at his most influential at centre-back with his presence and positional sense. He has many more years of hurling left.

7 – Liam Óg Hinphey (Kevin Lynch's)
One of the terrific characters of the club scene and has played both codes for Derry over an accomplished career. He is very combative under the dropping ball and has played anywhere across the half-back line and on the end of the square. And this was all during a career that brought a troublesome injury, but he was never found wanting. One of the greats.

8 - Chrissy McKaigue (Slaughtneil)
The most decorated club hurler of a decade. Apart from his spell with the Sydney Swans, he has been named in the team of the year since the County Derry Post began and he was hurler of the year in 2016. He is just a natural and like Cormac O'Doherty and Brendan Rogers, would probably grace any team in Ireland. He is ultra-completive and has a skill set to match.

9 – Gerald Bradley (Slaughtneil)
You don't miss anything until it's gone. Gerald Bradley's knee injury probably cost Slaughtneil the Ulster title in 2015, such is his natural leap and catch. He is now back to his best and last season excelled in the role of the team's quarter-back, sitting in the pocket to frustrate Dunloy and Ballyhale but was able to spring Slaughtneil into an attacking outfit. His point against Dunloy last year...well, what can say. Awesome.

10 – Kevin Hinphey (Kevin Lynch's)
Joins Liam Óg as the second set of brothers on the team. A very astute player who could play up front and in defence, where he was named on the hurling team of the year on three occasions. Another terrific servant of the Derry county team and he battled back from a serious knee injury to get back playing last season. Like his father did, he has invested a lot of time in the club's underage who are now coming through to the county team.

11- Cormac O'Doherty (Slaughtneil)
He was born to play hurling. Played in goals at underage, in the teams well before his years, with a touch developed playing with his older brothers at home. Once he progressed outfield, in his own age groups, he was destined for greatness. Accurate from frees and play, but it is his awareness that sets him apart. Very smart on the ball and can see pass before the inside forward even calls for the ball. A natural.

12 – Paddy Henry (Lavey)
Paddy landed 1-8 in Lavey's 2010 win over Kevin Lynch's. It was a year to remember, as he kicked the winner fo his native Castledawson in the intermediate football final. He has been a consistent performer and has been selected on the County Derry Post hurling team of the year on three occasions. He is now sowing the seeds of hurling in the 'Dawson.

13 – Brendan Rogers (Slaughtneil)
Rogers was named at full-back on the club football team of the decade and with the small ball, he is the assassin in Slaughtneil's attack. He is terrific in the air, is quick, has power and a terrific eye for goal. He took a bursting collection of underage medals into the senior ranks and was arguably the main reason for their early domination at senior level, with an attacking power few could match.

14 – Sé McGuigan (Slaughtneil)
The Slaughtneil man is a brilliant ball winner and has an eye for goal that has helped the club dominate the club and provincial championship scene. For the guts of five years, he was unmarkable at the edge of the square and it allowed Brendan Rogers to be deployed elsewhere. Has a very relaxed demeanour, but knows how to perform when it matters. Named on the 'Champions' team of the season at last year's All-Star awards.

15 - Ruairi Convery (Swatragh)
When Convery hung up his hurl, Eamonn Hasson commented that you just don't replace men like him. He was pivotal in Swatragh's hurling and football double season in 2012, a fitting return for a man who spearheaded their march up through underage. A huge loss to Derry hurling as well and it's a pity Swatragh didn't land an intermediate Ulster before he hung up his hurl.