FROM THE ARCHIVE: Loup edge out Dungiven with late goal 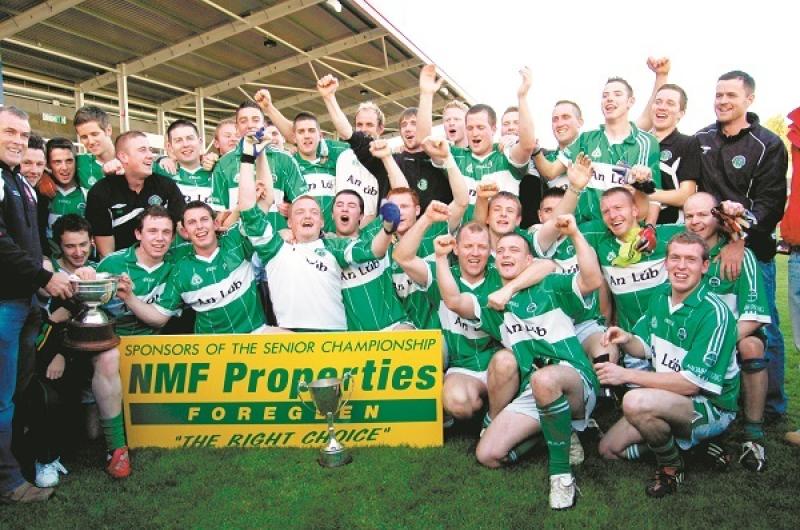 Enda McQuillan wasn't even as much as togged out for any game during the championship, but nipped in ahead of goalkeeper Peter McCaul to flick home the winning goal.

Manager John Brennan saw something from 'Quillo' during a training game in the build-up to the decider. It was enough to select him in the '24' and throw him into the Celtic Park cauldron and rest is history. He got a flick to Joe O'Kane's cross to notch the vital score.

Earlier in the season, Brennan coaxed Paul McFlynn out from retirement and after help steer the reserves to a championship title, he was called into the senior setup. It was another vital

It wasn’t by any means a classic, but Loup were the hungrier side. Their defence were squeaky clean in the tackle all through the season and when it mattered most, they made the most of their chances.

Joe O’Kane raided from deep in defence and later picked up the man-of-the-match award. He was helped with twins Collie and Dominic McVey doing marking jobs behind him.

Brian Doyle captained St Pius to MacLarnon Cup and All-Ireland titles earlier in the season and was drafted in at centre-back mix by Brennan, with Gavin Mallon an effective ball-winner at the other side of the midfield diamond.

It was Loup's fifth final of the decade, they used the hurt of their three defeats to propel them past a Dungiven side that couldn’t get their forward line motoring on the soft turf at Celtic Park.

Dungiven found themselves frustrated by the Loup’s gameplan almost from day one. Sean Murray started brightly in attack but the early signs were there.

They looked set to justify that status early on and led through frees from Fergal McGuigan and Paul Murphy by the five-minute mark.

However, Dungiven were creating chances and Cathal Grieve pointed from the right to edge them back in front and frees from Murphy and Grieve made it 0-5 to 0-2 with 22 minutes gone.

Just when it looked Dungiven would push home, Loup came back thanks to the impetus supplied by teenage substitute Ciarán Devlin.

Paul McVey pulled a point back from a free, Devlin added one from play and Aidan McAlynn powered through from midfield to make it five points apiece within injury-time.

Dungiven did go in with a half-time advantage as Liam Óg Hinphey kicked a monster score for a 0-6 to 0-5 interval lead.

It was nip and tuck for most of the second half and the sides were tied at 0-8 apiece when McQuillan’s opportunist strike put Loup in the box seat with eight minutes to go.

Eugene Kelly’s men almost clawed back a three-point lead against them in such a short space of time. Dungiven almost managed it, but not quite. They narrowed the gap to one through Rian Kealy and a free from Grieve but their chances of forcing a replay drifted away with Paul Murphy’s last-gasp free which faded wide of the far post.