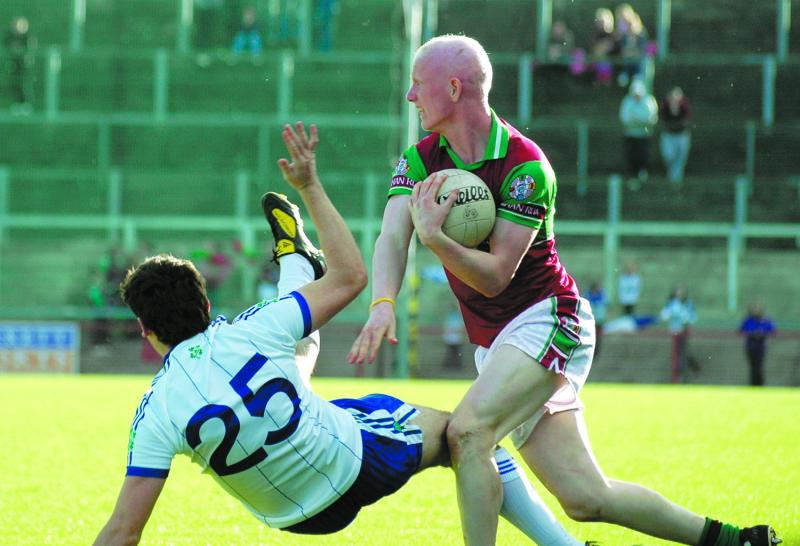 For two decades, Coleraine rose from the basement of Derry football to be trading blows with the cream of the crop.

On the special October Sunday in 2010, Richard Carey and Colm McGoldrick's goal catapulted them into the history books.

Carey cried tears of joy after his side – spearheaded by Declan Mullan – tore Ballinderry apart to land the John McLaughlin Cup.

The Shamrocks lost Declan Bell after just to minutes and were forced to reshuffle. But it mattered little. From the moment 'Mickey C' Conlan denied Mullan with a fifth minute save, the writing was on the wall.

Ballinderry battled their way back into the game, but it was never going to be their day.
Cousins Kevin and Ronan McGuckin got blocks in, helping to stem the early wave. Points from Conleith Gilligan and Coilín Devlin had the Shamrock's 0-5 to 0-4 ahead by half-time.

Two minutes into the second half, their lead was up to three. Devlin and Raymond Wilkinson found their range.
Only Michael McIver, in his duel with Sean Leo McGoldrick broke even, but Coleraine cut them open too many times. The signs were there. Declan Mullan and Ciaran McGoldrick were on fire and revelling in the empty spaces of Celtic Park.
Then came the goal they deserved. Richard Carey's thunderbolt past Shaun McEldowney chinned Slaughtneil in their replay win over Slaughtneil. And he struck again.

The skipper got in behind goalkeeper Conlan before blasting to the roof of the net. A minute later, the Ballinderry net was bulging again. Barry McGoldrick was pulled down, but managed to squeeze the pass to brother Colm who punched to the net. Ballinderry protested after the whistle had already gone, but the goal stood.

It had a major bearing on the game, but Ballinderry had their chances including a Gilligan penalty that flew over the crossbar.
The run of five scores left it 2-8 to 0-12. Ballinderry had chances to work a goal but kept their heads and chipped away at the points, but never impinged on a two point margin.

Collie Devlin almost found the top corner with a half-chance, but it flew over the bar. Coleraine were not going to be denied.

The emotion after the final whistle, well, it was just a sight to behold. Twenty years of chipping away and on their biggest day, they delivered.