Birds only fly when both wings support each other

The remarkable story of Garvagh Baha'i Jimmy McGilligan who found his purpose in rural India. 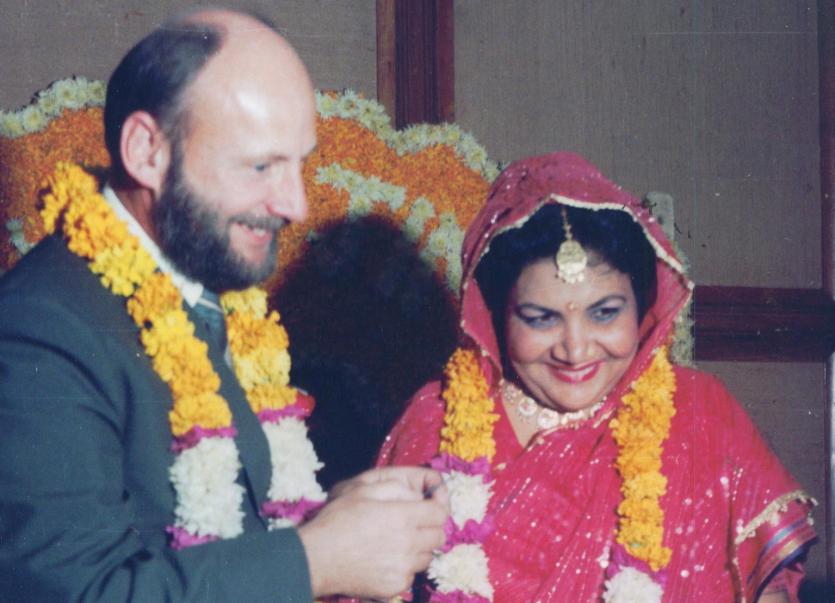 Jimmy and wife Janak on their wedding day.

Conferred an OBE for his work alongside wife Janak in developing the Barli Development Institute for Rural Women in Indore, Liam Tunney tells the remarkable and tragic story of the Garvagh-born drainage contractor who found his purpose in rural India.

There are 5,750 miles between Garvagh and the city of Chandigarh in the Indore district of Madhya Pradesh in India, but for Jimmy McGilligan, distance was trivial.

Jimmy’s acceptance of the Baha’i faith in 1984 marked the beginning of an extraordinary journey that would culminate in a visit to Windsor Castle to receive an OBE in 2008.

A former boy scout, who helped his father on the farm, Jimmy received £500 compensation after losing a toe in an agricultural accident aged just 16.

He used the money wisely, buying a digger and beginning to build up his business from scratch, while also maintaining an amateur radio station from his home between 1975 and 1986.

Gradually, he become frustrated with the wastage he encountered through his profession, often expressing disappointment at seeing milk dumped into the sea and the beef farming surplus. 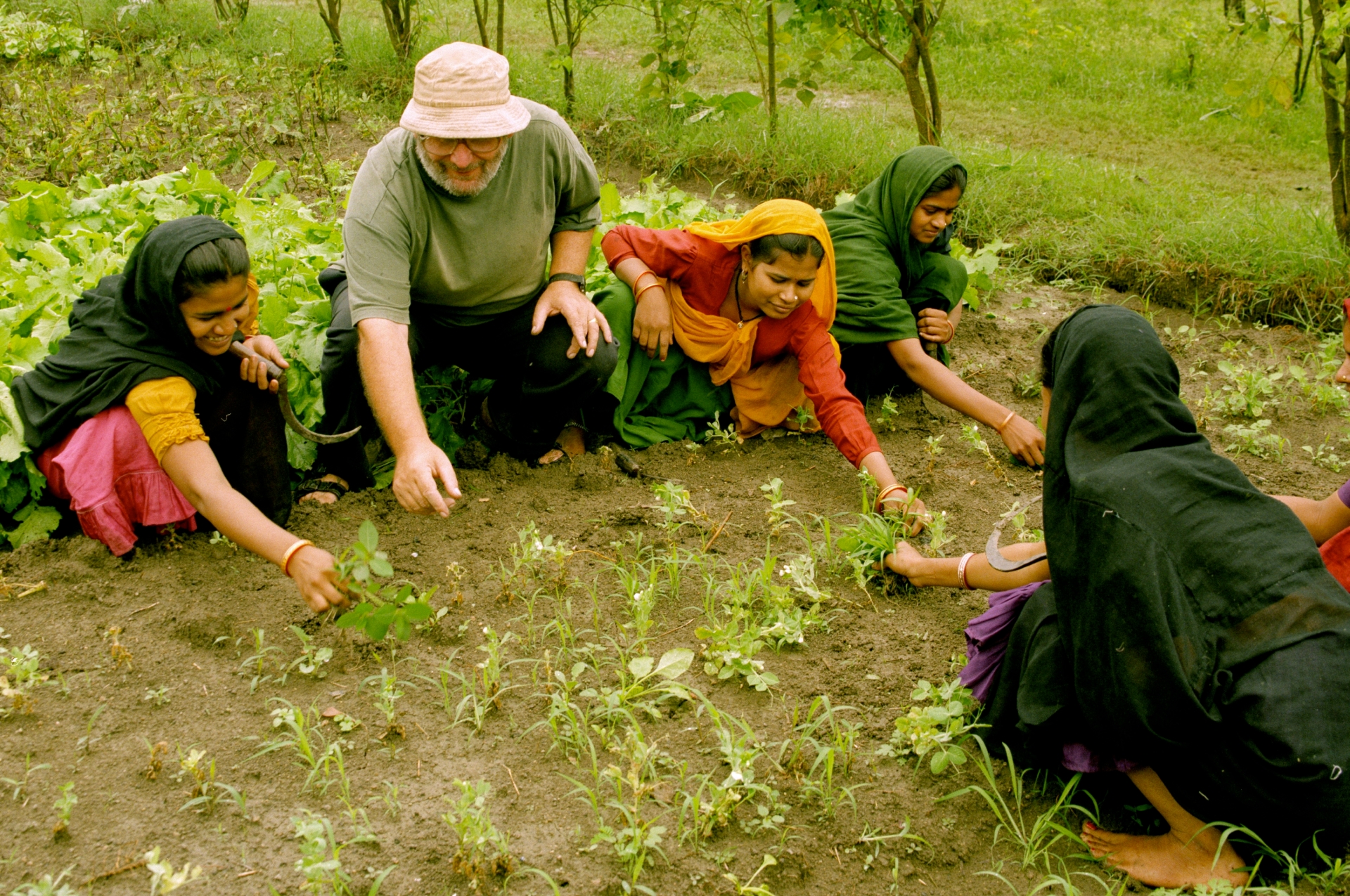 “He was very passionate about the environment,” says wife Janak, who still lives in the couple’s home, a self-sustaining farm in a mountainous region of central India.

“He used to lead walks as part of the Ulster Rambling Club and he also was very proud to have a radio license and built his own radio station.

“He was in the Orange Order - they used to call him the first Orange man who accepted Baha’i faith!”

Jimmy embraced Baha'i Faith in 1984. Not long afterwards, during one of his travels to Haifa, he was asked by the Baha'i World Centre, to come to India and help reclaim 72 acres of saline marshland at Rabbani School near Gwalior.

It was there that a chance encounter brought him into contact with his future wife.

“Jimmy was asked to reclaim 72 acres of land for a residential school for rural boys near Gwalior. It had marshy lands and it needed his skills,” says Janak.

“I was on my way from Delhi to Indore and I had no vehicle of my own. I had been working for three years, starting an institute for rural girls from a piece of barren land.

“The Australian High Commission donated a jeep and I had a driver who wanted to see this school that was on our way to Indore.

“We stopped there for a while and I told the principal of the school that I only had a short while, but he said he had a volunteer that wanted to see my institute.

“I looked at my watch and told him I only had 25 minutes, but if your volunteer wants to come, we can take him with us.

“That volunteer was Jimmy. Twenty-five minutes later, he was in our jeep and we brought him home.”

SPACE AT A PREMIUM 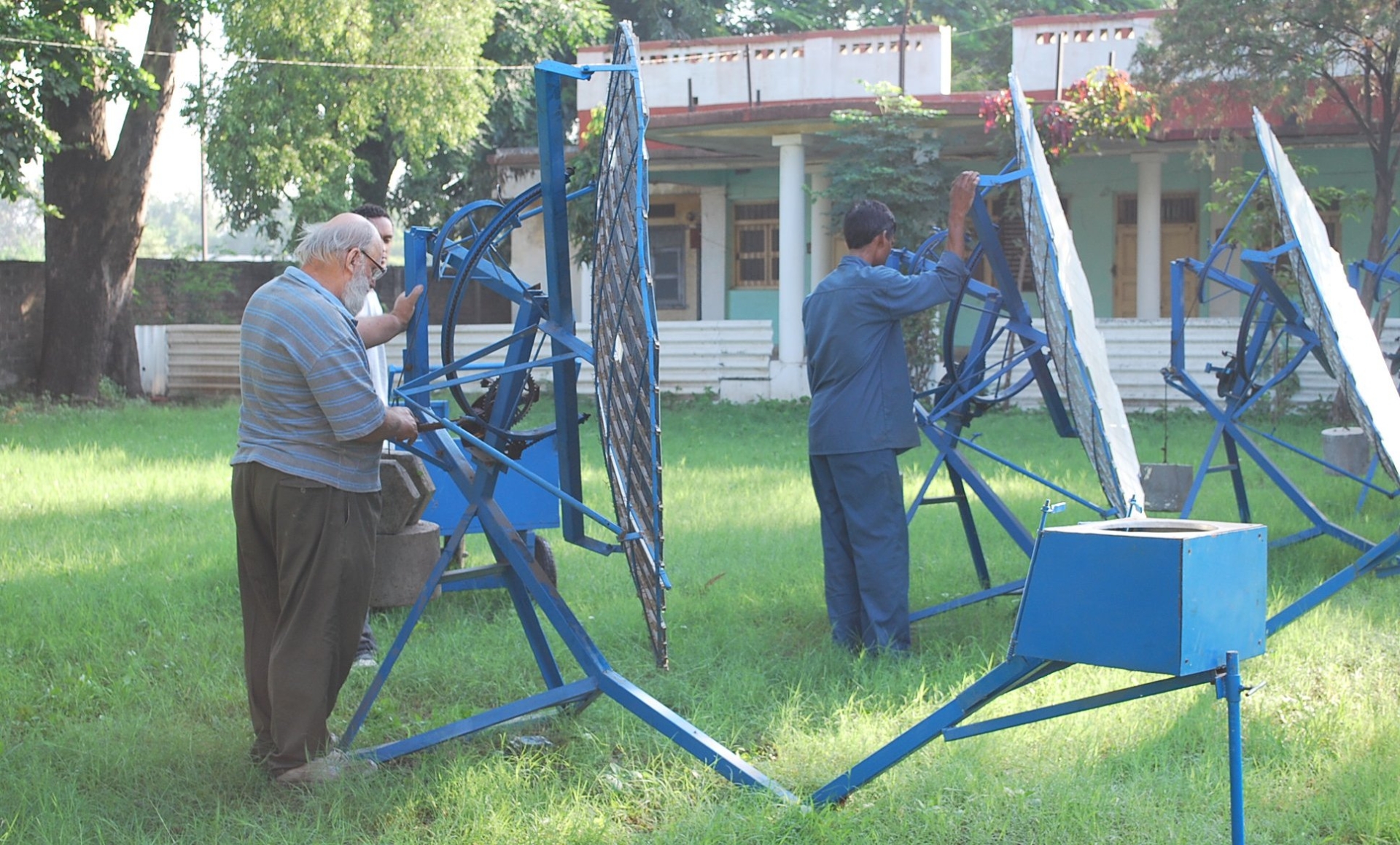 If Jimmy was expecting the comforts of his County Derry home, he was in for a rude awakening as, with the institute in its infancy, accommodation was at a premium.

“I had no space at that time,” says Janak.

“I couldn’t give him an apartment or a room, but there was a small room where we used to keep the girls’ mattresses during the day.

“When the 30 or so mattresses were taken out, Jimmy could sleep – and it was not a soft bed!

“I didn’t know anything about the people in Northern Ireland. There was no toilet, he had to walk to the outhouse. There was no flushing system and you had to pour a can of water in.”

Jimmy’s work ethic was insatiable. He set about preparing six acres of land, armed with little more than a Swiss Army knife from his keen interest in mountaineering.

The Garvagh man was more used to working with heavy machinery, but after navigating the more primitive pick and spade and settling into his work, he had a suggestion for Janak.

“We had three visitors arrive to see the institute one day,” she smiles.

“Jimmy was talking to them and said it was such important work that he could spend all his life there. This was his proposal.

“I said he was welcome, but his visa was ending soon. An elderly Baha’i man, who was sitting close by and who was very fatherly to us, then spoke.

“He looked at me and he told Jimmy: 'This is your visa.' The three girls started talking to me and they were encouraging me to talk to him about this.”

The couple agreed if Jimmy was granted a visa to remain in India, they would discuss getting married and they travelled together to Delhi to meet the authorities. 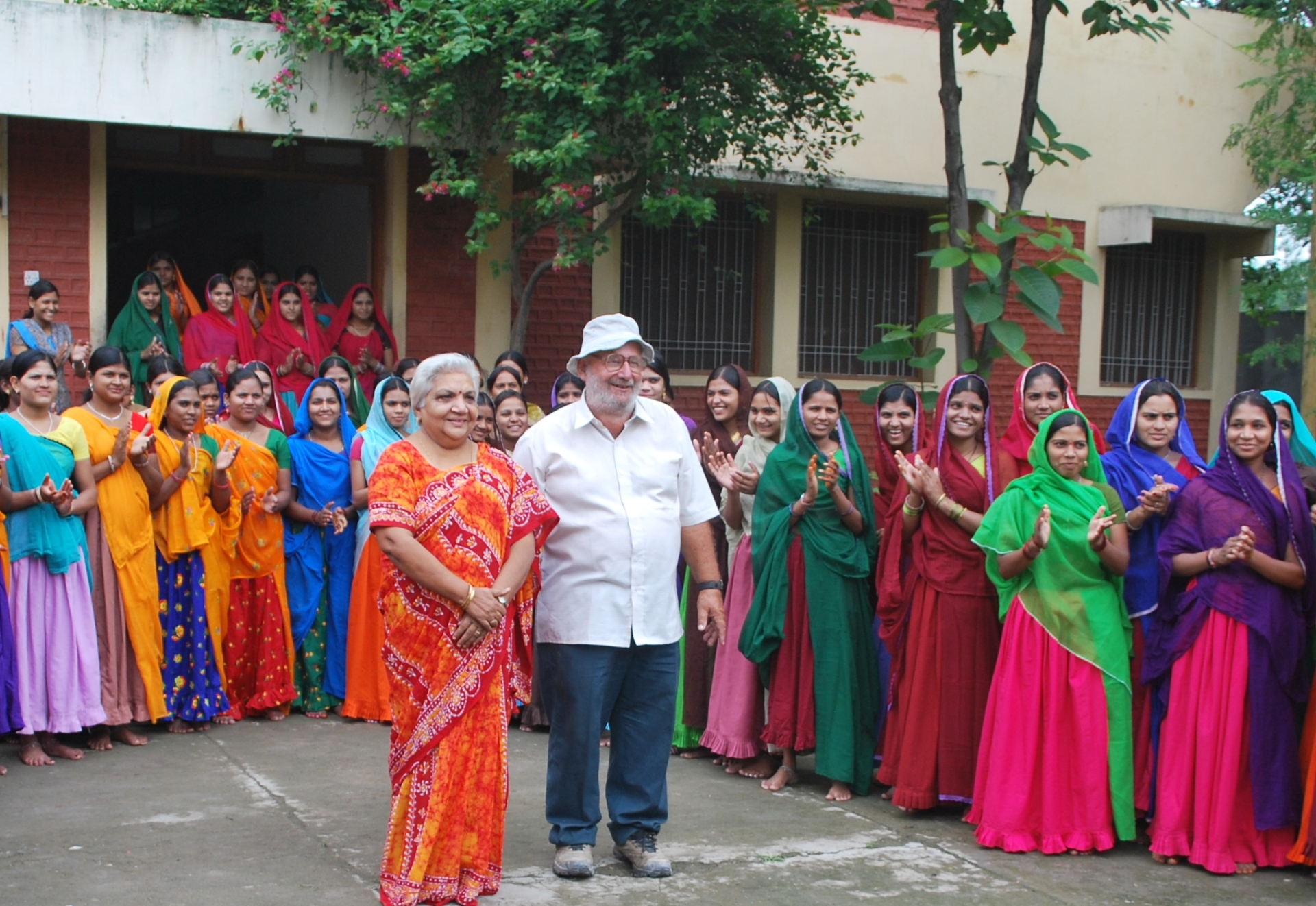 With the country’s laws permitting only foreign women to remain in India after marrying Indian men, and not the other way around, Jimmy and Janak needed a stroke of luck.

“When they found out I was the only person in central India working in a programme with funding from the Ministry of Science and Technology, he said they couldn’t afford to let me go.

“They made an exception – he said to go and get married and they would sort out the visa.”

Now engaged, the couple headed straight for Janak’s family home in Chandigarh. With no phones or internet, the news had to be delivered in person.

“We had no other way of communicating,” laughs Janak.

“We just arrived home on an ordinary bus at midnight. My mother opened the door to us and was shocked, but very happy with the news.

“She was always complaining I was not going to get married. My four brothers and sisters were married with children and I always said I would never get married - Jimmy used to say that too.

“It was the middle of the night, so she ran to where my father was sleeping, pulled back the blanket and said: ‘Get up, your daughter is here with this boy and she wants to get married!’.

“My father just asked Jimmy one question. He asked if Jimmy was a Baha’i and when Jimmy said he was, my father said: ‘God bless you, only a Baha’i could keep my daughter happy.'”

The pair exchanged rings the next evening and on November 27, 1988, less than a month after first meeting, Jimmy and Janak were married. 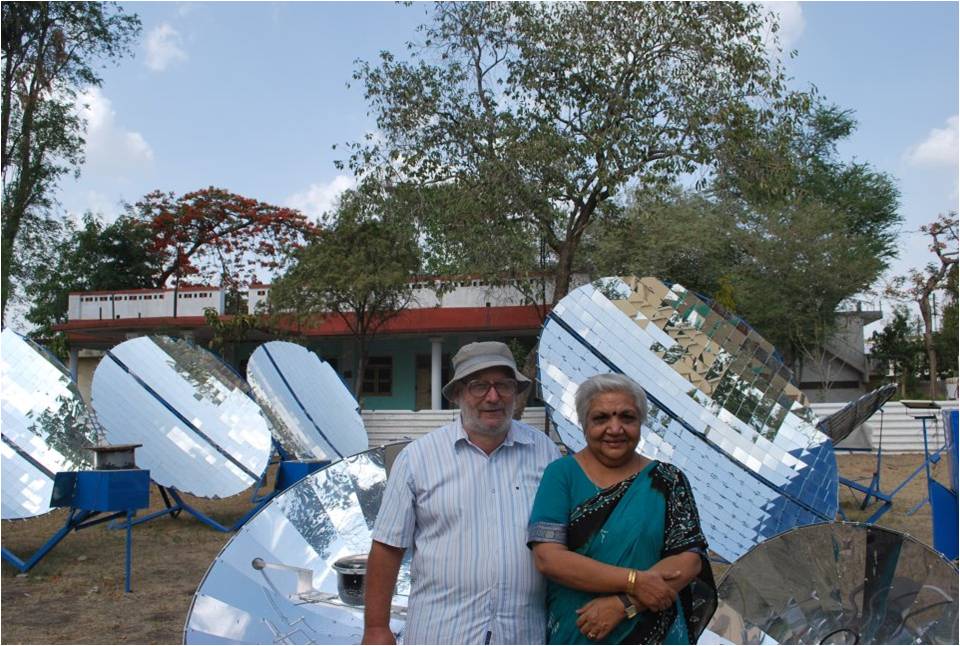 After a brief honeymoon in the mountains, they returned to work at the institute, and a few months later, with Jimmy now installed as manager, the couple visited his home country.

“Everyone was constantly talking about the weather,” recalls Janak.

“They kept telling me I had brought Indian weather, no one was asking about my mother or father. In India, we ask about everything.

“I got into that rhythm eventually. The next morning my father in law asked me how I was doing, so I said it was a lovely day.”

Janak fell in love with Northern Ireland, but as Baha’i pioneers, both her and Jimmy returned to their responsibilities at the Barli Institute, where the Garvagh man was adored by the students.

“Jimmy picked up all the Hindi in female speech because he learned it from the girls,” says Janak.

“These girls came from an area where they were treated as ‘untouchables’, almost equal to slaves in the past.

“Jimmy would work with them - not like a boss, but as a father or elderly brother. He was very kind to the girls.”

Janak suffered a health scare in 2007 when she was diagnosed with breast cancer, and Jimmy, who had seen his mother die from the same disease, was deeply worried.

After surgery, Janak thankfully made a full recovery and the couple added celebration to relief when Jimmy received acclaim for his years of sterling work in India. 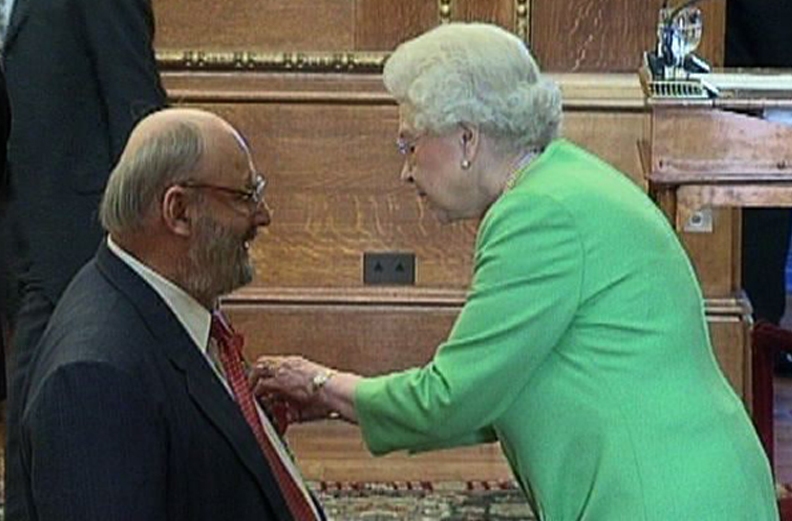 “In 2008, the lady from British Deputy High Commission appointed him as a warden of British citizens in Indore and she nominated his name for OBE,” beams Janak.

“He was conferred OBE in 2008 after I had recovered from cancer. We both travelled and I had the privilege of going with him to Windsor Castle to receive the award.

“It brought a lot of joy to all of our families and friends and was a huge recognition for him. After my recovery and this award, we made the decision to hand the institute over to our successors.”

Janak and Jimmy set about making plans to retire and began training up another couple to take on the institute, but they were far from idle.

The couple built a beautiful house on a piece of farmland in Sanawadiya. The people of the village were living in darkness, so Jimmy built a solar and wind power station on site for them.

Retirement was planned for April 16, 2011, but tragedy struck just days before they were due to hand the institute over.

Janak and Jimmy were travelling in a taxi when it was involved in a car accident on April 4 and Jimmy succumbed to fatal internal injuries on April 21.

While admitting to feeling ‘completely lost’ without Jimmy, Janak is determined to honour his memory at their home.

“I still run the solar and wind power station and call it the Jimmy McGilligan Centre for Sustainable Development. We train people here free of charge in sustainable technology.

“It was a small, rocky place but now there are maybe 200 trees and we grow everything that we eat here.

“There is a Baha’i saying that suits Jimmy and I well – humanity is a bird with two wings. The bird can only fly when both wings support each other. Jimmy and I were a really good bird.”

Jimmy McGilligan would have celebrated his 77th birthday last week, a man from humble beginnings whose dedication and integrity ensured he soared to a great height.