Film Review: The Hunt . . . The film that Donald Trump hated

Dermott Ferry this week reviews a movie which has caused a lot of controversy in the US, but he was left wondering what all the fuss was about. 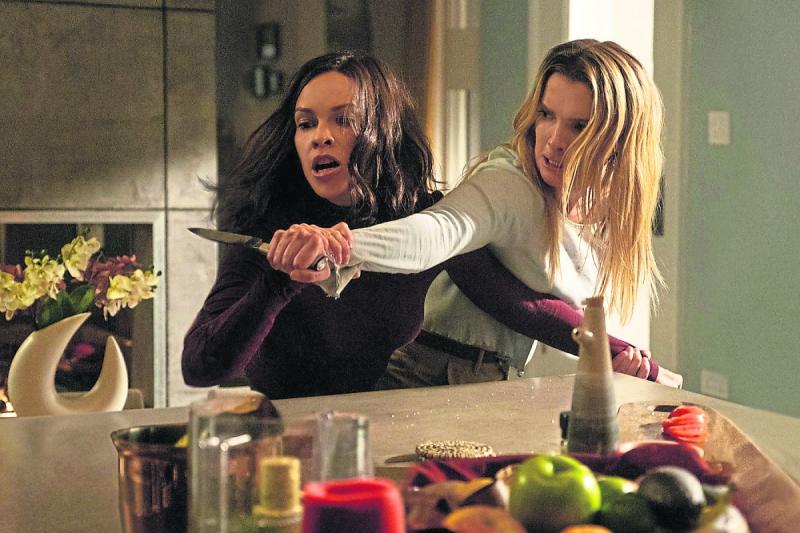 They say laughter is the best medicine.
With that in mind, and with the world seemingly in trouble from all angles, this week’s new release 'The Hunt', may have just come at the right time.
If entertainment is the most natural escape from the troubles around us, then the new film from director Craig Zobel could just be what the doctor ordered.
Even if it took a while to get here.
Originally scheduled for release last September, The Hunt was put on hold by Universal Pictures after several mass shootings took place in the US, but that was just one of several reasons that the film has caused some upset.
President Trump, among others, protested the film’s release full stop. He took to his happy place, Twitter, to label Hollywood and liberals racist, proclaiming the people behind the movie be held responsible for the chaos it might ensue upon its release.
He's a sensitive soul is our Donald.
Zobel has been keen to play down all this controversy, and now that I have indeed seen the film, having taken in all the scandal and uproar, I'm left feeling, what was all that fuss about?
Sure, there is a clear sense of the left vs the right, and the film has no problem preaching about everything going wrong in the world at the moment, but it will be clear to everyone from the opening frames of the film that it is complete satire, poking fun at sensitive issues, with some knives, guns and explosives thrown in for good measure.
Beginning with a group message conversation in which several people are talking about how much fun it would be to kill 'deplorables for sport', we are then taking to a quite crazy plane journey in which rich a group of rich folk, taking in the champagne and caviar, are interrupted by an awoken gentleman who is completely rattled by his surroundings, although that's soon to be the least of his worries as he's dispatched with a pen to the neck and stiletto to the eye.
We've all had our rubbish flights obviously, but spare a thought for that bloke.
Violent? Yes, but you ain't seen nothing yet. Because, as it turns out, the destination of that plane journey is to a place called 'The Manor' were the 'rich folk'- intend to kill off the other unfortunate souls selected- 'the deplorables.'
You can see were all the political uproar has stemmed from straight away. Yes, the social commentary is there for all to see, but it is done in a thrill a minute ride with enough blood, guts and fury that will please anyone looking for some mindless entertainment. Combine Jordan Peele's brilliant 'Get Out' and add 'The Hunger Games' with an edge, and The Hunt is what you get.
I pretty much enjoyed what happened next - well, most of it.
The pace of the film is frantic; before most of the lambs to the slaughter can even realise what's going on, they are indeed slaughtered - with bullets, arrows, knives - everything but the kitchen sink.
The violence is diluted with a script that has no shortage of dark humour, with one despairing victim's dying words proclaiming 'it's my birthday tomorrow!', before she blows her own head off to shorten her pain.
They'll have to cancel that cake.
The best scene in the whole film soon follows in a nearby convenience store, a hilarious sequence in which topics such as gun control and climate change are debated amongst the chaos, and it is here we are introduced to the films protagonist Crystal, brilliantly played by Betty Gilpin. We learn quite quickly that Crystal is not willing to fall so easily as the others, and she's quite useful with a shotgun herself.
As the mystery unfolds, the kill count and politically incorrect comedy increase tenfold, with every set piece becoming more unexpected and ridiculous as the last.
The film’s pace eventually begins to dwindle in the second half, but the performance of Gilpin as the vengeance seeking Crystal does keep the viewer intrigued. In a formula we've seen many times before, there are a few twists and turns to follow before the inevitable showdown between Crystal and leader of the violent pack takes place. Whoever they are.
Unfortunately, this big reveal falls a little flat, and I was left rather disappointed with how this whole crazy event came to pass in the first place.
The introduction of a well-known Hollywood star was seemingly enough for the writers to believe they'd set up a thrilling finale, but I expected more considering such a frenetic build up beforehand.
Despite that, I would be lying if I said I didn't have fun overall.
You may do too, but even if you don't, know that even paying to see The Hunt will have upset wee Donald.
Everyone's a winner.