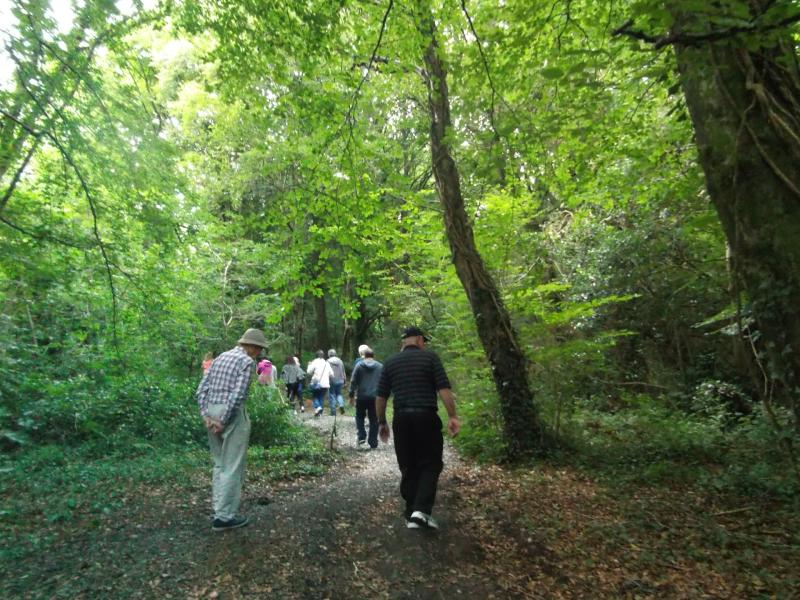 Derry’s older citizens are being encouraged to join “walking groups” this winter to make the most of the city’s natural surroundings.

Older People North West/Age Concern is based at Malvern House in the Waterside area. It offers a programme of services and activities for older people that are accessible, responsive and sensitive to their needs.

The independently run voluntary service helps older people to maintain their independence in the community by providing a caring and stimulating environment to prevent or delay the onset of “social or clinical deterioration” and “to help them develop social skills and the ability to form relationships”.

Research has shown that light activity, even tasks such as washing the dishes, gentle gardening or moving about the house can extend the lives of older adults by reducing the risk of conditions such as heart disease – which is a major cause of death worldwide.
Better still is moderate or intense activity, combined with what scientists refer to as “green exercise” which is time spent in nature, known to improve self-esteem and mood, as well as reducing stress, anxiety disorders and depression.

She is adamant that over the coming months rain should not dampen the spirits of participants and would urge more people to join the group as come rain or shine they will go away feeling better for it.

“There is that camaraderie and appreciation of nature. There’s a social aspect too, because quite often people fall out of the habit of walking because they’re nervous about going out by themselves. It’s interesting to see people overcome that fear issue,” Christine said.
In addition, for those with greater limitations who are unable to get out Age Concern has been experimenting with bringing the outdoors to them.

“We have a sister programme going on at the moment exploring how we can bring the outdoors in with the conservation volunteers,” she explained. “They come in with recycled bits of wood and winter bedding and they had people make their own planters and window boxes.

“They brought in leaves like geraniums and other smelling plants so people in wheelchairs who couldn’t get out still have that connection. They will be running a programme with us until the end of November.

“We wanted to see if people feel better for it. And there was one woman who spontaneously said, ‘you know, I came in here depressed this morning and I’m going out happy’, because she was sitting knocking up planters, putting the earth in and really enjoying it. And it has a knock-on effect to other people in the room.” 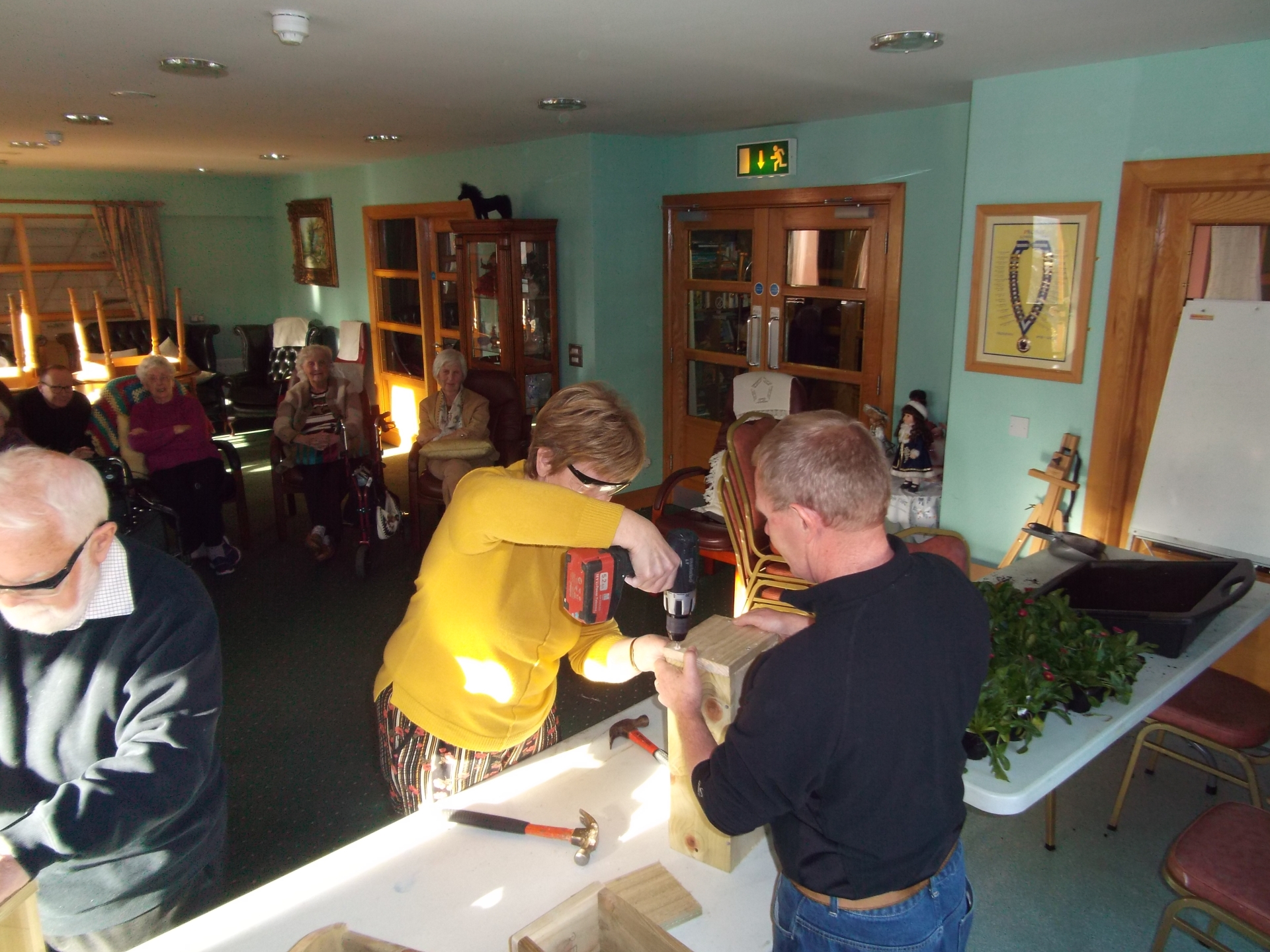 Photo: Bringing the outdoors in as people make planters with winter bedding

Christine recognised that it has by no means been scientifically proven but the benefits are worth exploring and she wants to take it one step further by inviting an IT specialist who can recreate 3D images of nature through a headset to see whether it evokes the same feelings as being outdoors.

On Monday a walking group covered the Prehen river walk where George McLaughlin, one of the founding members of the Prehen Historical and Environmental Society, was on hand to provide a rich history of the area.

Christine added: “We were also joined by an artist in residence in the Western Trust, who encouraged us to photograph pictures of plastic rubbish on the path and in the streams.
And we picked up some plastic litter. We will be looking to create an artistic piece out of the discarded plastic waste so that we can repurpose the plastic and make something beautiful out of what we collect.”

The group’s next outing will be to Creggan Country Park with a bus leaving Malvern House, on Chapel Road, at 1pm sharp. If going direct to Creggan, meeting point is outside café carpark in the country park at 1.10pm.

For those unable to get out, they will be working with the Conservation Volunteers Trust on making planters and Christmas wreaths, table settings using foraged evergreen foliage in the centre on Wednesdays from 12.30pm to 2pm. This is open to the public and is a great way of working with natural materials indoors.
For information on all upcoming walks and activities, please contact Malvern House on 028 71 347 478 to confirm a place or email development@olderpeoplenorthwest.org