THE GUEST COLUMN: 'We need action not words from the PSNI', says Lilian Seenoi-Barr 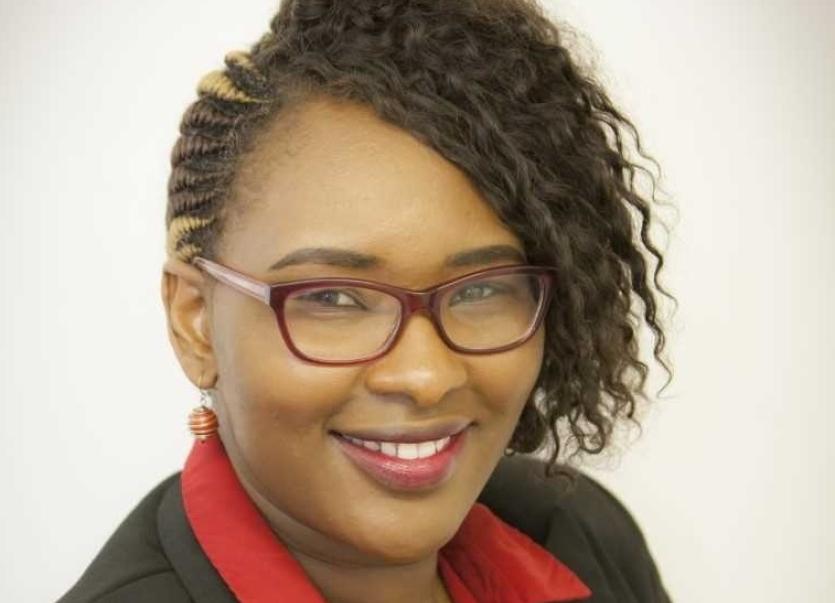 The news cycle moves quickly it’s easy to forget. On 25 May, George Floyd - a black man – was surrounded by four white men in police uniforms, all with guns. Three of them stood by while one literally squeezed the life out of him – all the time knowing they were being filmed.

We watched this video – like many others globally - and imagined it was our son, our husband, our brother, our friend. It was traumatic. The familiarity and the horror of these images demanded that we raise our voices and demonstrate our anger and pain.

But that is the US you might think - it is not like that here. There are not so many black people in Northern Ireland, so it is less visible but systemic racism is pervasive. The qualifications of many black nurses working in the NHS are not recognised for further post-graduate study. This is discriminatory and obstructs career development and promotion. While around 40% of nurses and 30% of doctors in the NHS are from ethnic minorities, none are senior managers.

The fact that we don’t actually know how many black people there are in NI is a symptom of this institutional blindness. We are so unimportant we aren’t even counted. We have been calling for ethnic monitoring for years as part of the Racial Equality Strategy but are yet to see concrete action.

On 6 June, we peacefully protested – to show solidarity with George Floyd but also to raise awareness about racism here. Unlike other large public gatherings during the pandemic, all participants wore masks. Hand sanitizer was available and social distancing was enforced. The messaging about the events stressed public health.

But when we arrived at the Guildhall what happened to us? We were intimidated. There were armoured vehicles everywhere. I was  surrounded by three white men, all in police uniforms, all with guns.  Northern Ireland is the only part of the UK where the police are routinely armed. It is also the only part of the UK where organizers and participants in BLM rallies have been prosecuted and fined.

We are hurt and disappointed that the PSNI cannot see this. They seem to be sorry that we are upset but incapable of understanding why we’re upset. In their statement on the protest they describe George Floyd’s death as “avoidable and unnecessary”. It was intentional murder.

One week after our events, another protest to “protect statues” was organized in Belfast. There were no fines and no prosecutions. When we have challenged the PSNI and the Justice Minister on this blatant double standard we have received confused, contradictory, and inaccurate information. Last week there was another prominent large public gathering. The PSNI have said they are reviewing evidence. The policing style at both these events was markedly different – we will raise this with the Equality Commission for possible breach of our human rights.

What made our events distinct? There are no elected black politicians in Northern Ireland. Our community is not represented in power sharing institutions. The PSNI demonstrated that they can show understanding of context and nuance when policing majority groups amid this pandemic. Yet the one visible event organized by black people was criminalized from the outset – with additional enforcement powers added to the Coronavirus Regulations rushed into force at 11pm on 5 June.

The PSNI have said they support our aims – but do they? The protests were about police violence and impunity. Have they thought about the way black people have historically been criminalized; how they are disproportionately stopped and searched; why young black men are perceived as dangerous and young women sexually harassed?

We have made three demands to the PSNI:

The PSNI tell us there is nothing they can do. They are hiding behind process arguing that while there is a review by the Police Ombudsman their hands are tied. They want to move forward but after the way we were treated on 6 June there is no trust.

Cressida Dick of the Metropolitan police did not hesitate to apologise for the behaviour of her officers who shared selfies of two murdered black women – “if it is as it appears to be” – even though there is an ongoing investigation.  She apologized because she knew it was wrong and how damaging such behaviour by police officers is to public trust and community safety.

We truly want to work with the police – it is vital we can feel safe, protected, and equal before the law.  But we need actions not words. We need the PSNI to demonstrate they can treat us with the same sensitivity and understanding they treat majority communities.