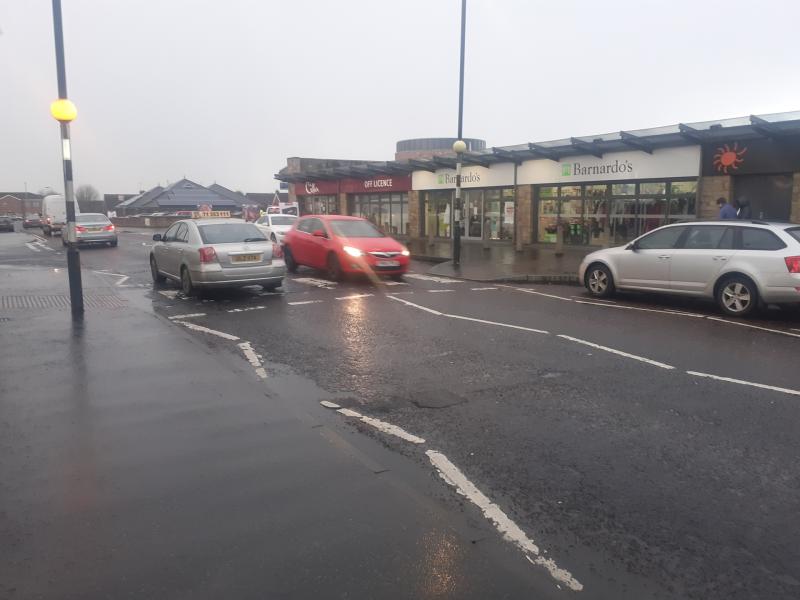 A government department has confirmed that at least five collisions have occurred on a “dangerous” Derry road after residents raised concerns about a possible fatality.

Previous accidents and daily near misses at a zebra crossing on the Greenhaw Road prompted residents living in the area to launch a campaign for safer traffic measures.

Over 200 people have signed an online petition and many more have added their signatures to petitions left into local shops on the Greenhaw Road.

The Department for Infrastructure (DfI) has revealed that based on collision reports from the PSNI, there have been five reported collisions since 2016 on the Greenhaw Road, three of which were in the vicinity of the zebra crossing.

None of these collisions indicated a pedestrian being injured, a spokesperson added.

The department has agreed to visit the site to examine the layout of the pedestrian crossing point and monitor its performance.

An assessment will be undertaken to establish if improvements can be made to enhance pedestrian safety.  The details of all collisions will be examined as part of the assessment.

One local resident, Sean Friel, said many people have approached him since the petition was launched to say, “thank god something is getting done” and sharing their experiences.

He thanked the staff at Longs supermarket for the support and for allowing the group to leave their petitions in the store.

He added that it has been great to see the community united behind the cause.

Residents have been supported in their campaign by People Before Profit (PBP) councillors Eamonn McCann and Shaun Harkin.

Following the launch of the community petition, the PBP councillors have been advised that this assessment will take several weeks to complete.

“The crossing is near a primary school and a busy retail area.  Residents have the absolute right to safely go about their daily activities within their community, the department have an obligation to ensure that appropriate infrastructure is in place to meet that right.

“People Before Profit welcomes the Departments assessment particularly at a time when the department has announced additional funding.

“We urge them to waste no time in completing their assessment and encourage them to take this opportunity to make the crossing at Greenhaw Road safer.”