‘Wee Maisie’ to be fondly remembered at fundraiser 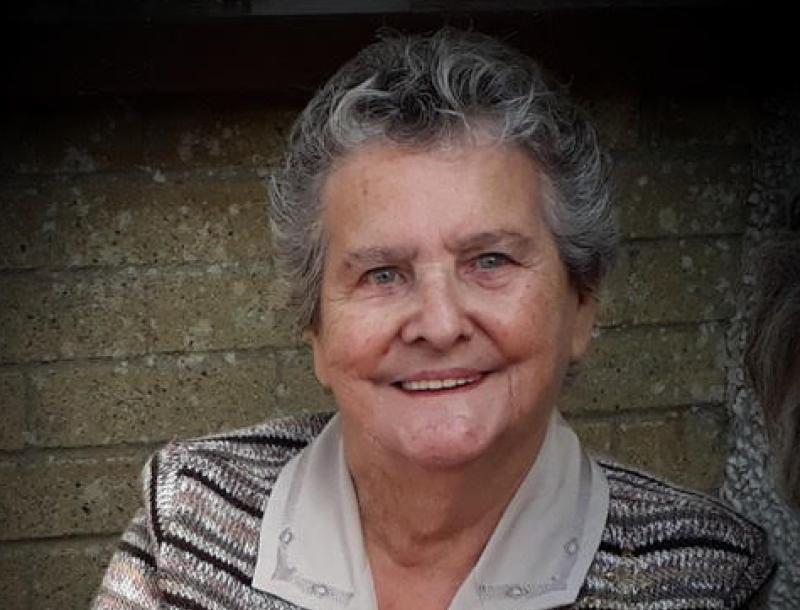 A measure of the love and affection so many people had for the late “wee” Maisie Crawford is that when a fundraiser was mooted to raise monies for charities close to her heart, a host of highly talented artists and choirs immediately stepped forward with - “count us in.”

So in the main hall of the Guildhall on the night of 29th February at 7.30pm a festival of music and song in remembrance of Maisie Crawford BEM will take place.

Three choirs are appearing - the Voices of the Foyle, the Pink Ladies, and Thyme to Sing.  The Ringabelles will there too with their dynamic harmonies.  The Legenderry singer-songwriter Roy Arbuckle readily agreed to perform as did one of Derry’s finest female vocalists, Anne Tracey.

The beautifully talented fiddle player and harpist Tracey McRory with singer, guitarist and composer Richard Laird will join this all-star cast.  As will the Singing Butcher himself, Mark Mc Cafferty alongside his daughter, Ella. The now poignant Facebook footage (below) of Mark dancing and singing with Maisie in Hegarty’s butchers shop on William Street has already gone viral.

The evening, kindly supported by mayor, Councillor Michaela Boyle, will be jointly compered by Joanna Boyd, and Radio Foyle’s Mark Patterson who both knew Maisie so well.

Tracey McRory has composed a special piece “My Maisie“ in tribute to the “wee woman”   Maisie may have been “wee” in stature but she had such a big, big warm heart. It was Maisie’s generosity of spirit and her love of banter and craic that drew people to her wherever she went.

And for sure Maisie’s life had not always been easy. She suffered tremendous losses during her lifetime, she was pre-deceased by her husband Walter, her two sons Gordon and Walter and her daughter, Avril.

The burden of such loss might have crushed many’s a one. Maisie kept on smiling while also being able to share her grief when she felt it was the right time. And then she had cancer to deal with. That’s why she got in touch with the Pink Ladies who speak so warmly of her

“We have the honour of calling Maisie Crawford a member of our Pink Family.  She was Pink and Proud!! She enjoyed our choir, our social events and importantly our campaigns for better for services for cancer sufferers.  Maisie supported our campaign for a Northwest Cancer Centre.

“The then newly appointed Health Minister Edwin Poots listened intently to her plea (with a sea of Pink Ladies and members of the Daisy Chain group behind her) when she met him in Stormont, so much so that he visited the site within days and overturned the decision made by his predecessor. The North West Cancer Centre was secured.”

Maisie was very active in community development at Nelson Drive and would often say that she developed her sense of community and her community work values growing up with her Catholic and Protestant neighbours around her in Alexander Place off the Foyle Road.

Everybody was welcome at her door and at her hearth. She moved around the city so freely because she truly believed that it was her city, whatever the rest of us might choose to call it. Maisie loved the Royal family. She described herself as a Royalist. But she never sought to attack and belittle anyone who did not share her love for the Royal family. And she was so delighted when she was awarded the British Empire Medal (BEM), the British Empire Medal for services in the community. Her delight lifted the hearts of all those around her, whatever their background.

And of course she was a singer, taking great joy out of “throwing a song out of her” whether in Bennigans, Tinney’s or in her own Nelson Drive home where she faced her death with such a lovely peacefulness.  “I’ve squared up with the Boss” she told me. She had Reverend David Latimer singing to her when he came to visit during her last few days on this earth.

And as she turned towards her own passing, she loved the throng of family and friends who visited her from near and from far.  We both mourned and celebrated a remarkable woman.

There will be a raffle and an auction on the night and proceeds are in aid of Ward 26, where Maisie was a patient and in support of other charities Maisie involved herself in.