‘Someone is going to be killed on Derry zebra crossing’ 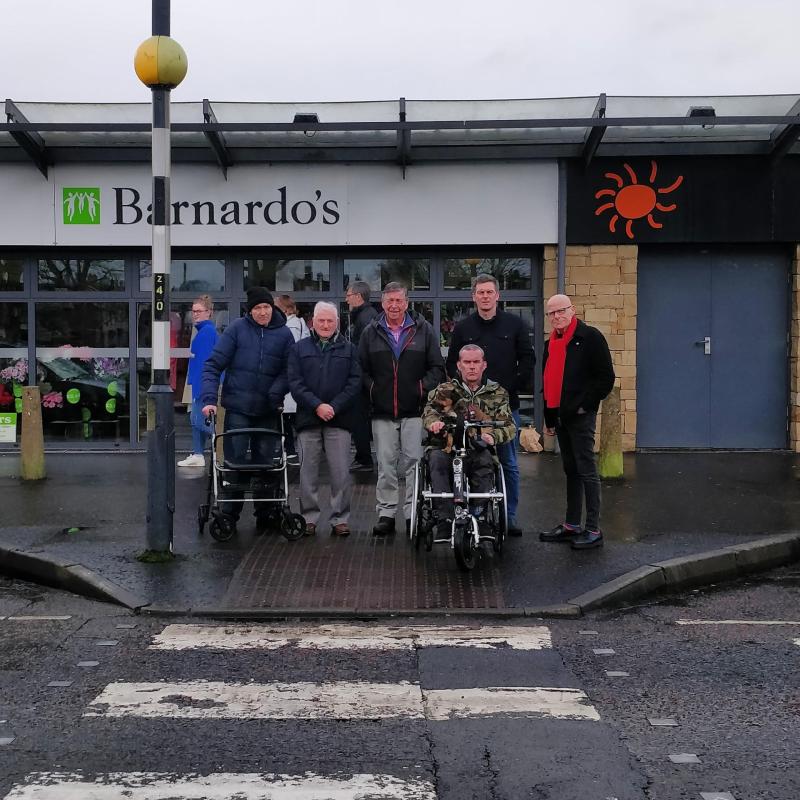 Fears have been raised that someone could be killed on a “dangerous” stretch of road in the Greenhaw area of Derry.

Sean Friel, who lives in the area, said three people have been hit at a zebra crossing on the road and near misses take place on a daily basis.

He added: “A man down the street from me was nearly killed on it and it’s only a matter of time before there is a fatality.”

Visibility is the main cause for concern amongst residents who say that lay-bys outside business premises have created a blind spot for drivers.

“Cars can’t see anyone, especially children,” Sean explained.  “The road is dangerous for everybody living in the area."

Another resident, Terence Moore, said that when there was snow and ice last year his 82-years-old father was struck by a car on the road.

“He was about halfway across when a car came flying up the road.  It lifted him up the air and he rolled on to the ground.

“It was lucky he seen it just in time and was able to soften the impact somewhat by jumping up on the bonnet.

“The boy got out of the car and helped him but it was frightening for me father.

“Something needs to be done about this, it’s a scandal,” Mr Moore added.

Both men also expressed concerns about the condition of the road itself which causes additional problems for those with mobility issues.  The uneven surface caused Mr Friel’s wheelchair to tip over on one occasion.

Residents of Greenhaw and surrounding areas have now launched a petition calling on the Department for Infrastructure (DfI) to make the crossing on Greenhaw Road safer.  Mr Friel has left petitions in local shops and many of them have been signed.

The campaign wants a pelican crossing to replace the zebra crossing that is currently in place.

People Before Profit Councillors Shaun Harkin and Eamonn McCann joined the residents as they launched their petition at the site of the crossing.

People Before Profit Cllr Eamonn McCann said: "Every community should have appropriate and suitable infrastructure in place to ensure the safety of its residents.

“The Department for Infrastructure and NI Roads should move now to visit the site, meet the residents and begin the process of upgrading this crossing.

“This, I am sure, would be welcomed by pedestrians and drivers alike. People Before Profit will be making representation to the department to have this site made safer."

The Department for Infrastructure was asked whether it has been made aware of accidents on the road and for a response addressing the residents’ concerns but it was not provided at the time of going to press.

You can sign the residents online petition by visiting: http://chng.it/s52QwSPqpQ