What were some of the favourite Christmas toys of the 1970s?

A look at the best selling toys of 40 years ago. 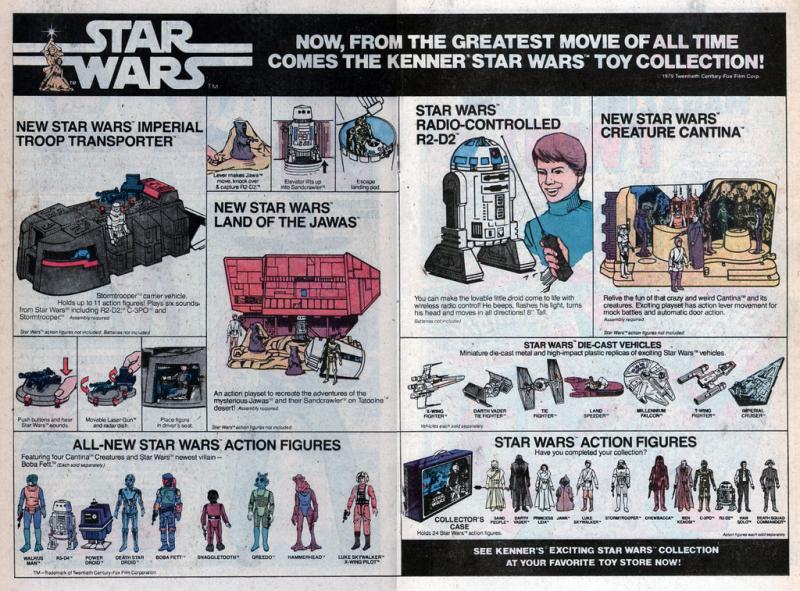 Star Wars toys are still selling in their millions today.

On Christmas Day kids will eagerly connect online to other children across the globe to play computer games on wireless consoles.

The X Box, the Playstation and Nintendo Wii offer an almost limitless choice of gaming platforms to enjoy inter-connectivity in a high definition world of colour.

However, 42 years ago in 1977, the new world of home video game consoles was a new monochrome phenomenon.

The first company to launch a home video game console was the California based form Atari. Founded in 1972, the firm initially concentrated on designing arcade games. But as the decade progressed it became clear that the huge appetite for computer-based games was readily transferrable to the home.

By 1976, one of Atari’s founders Nolan Bushell employed an engineering company that constructed a console capable of playing the original games designed by the pioneering firm for arcades. The result was the Atari Video Computer System (VCS).

Released in September 1977, the VCS was priced at the hefty sum of around £150 – the equivalent of approximately £915 today. The first incarnation of the system included a console, two joysticks, a pair of paddles and the Combat game cartridge.

There were however eight other games available to be sold separately that included – Air-Sea Battle, Star Ship and Street Racer and Breakout.

Perhaps the most memorable of all the games of this era was Pong- the two-dimensional table tennis simulator. The game, originally developed as a training exercise in programming for an Atari employee, was one of the earliest arcade video games back in 1972 and proved hugely commercially successful.

A separate home version that could be played on a TV was released in 1975.

Players controlled game paddles by moving it vertically across the left or right side of the screen to hit a ball back and forth. The aim was to win by amassing eleven points. A point was won when one failed to return the ball to the other. The game was then included in the games for the Atari VCS two years later.

Despite the obvious huge advances in gaming technology in the ensuing four decades the enduring appeal of Atari for people of a certain age remains. The Atari Flashback with the original games can still be bought today for around £80.

But what other toys enthralled the children of the 1970s?

Launched in 1970, the Nerf Ball was billed as the “world’s first official indoor ball”.

The marketing team charged with selling what was essentially a large foam sphere, emphasised the safety aspect of the product by stating: “You can’t damage lamps or break windows. You can’t hurt babies or old people.”

This simple message was very effective because four million Nerf Balls were sold in it’s first year in existence.

Undoubtedly another of the favourite and best toys of the era was the Evel Knievel Stunt Cycle.

Ideal Toys launched its popular line of toy bikes in 1973 and zoned in on the antics of the crazy American stuntman to boost their sales. Knievel made a total of 13 jumps on his Harley Davidson that year including a leap over 13 vans at the start of that year.

Whilst Evel is probably best remembered for his spectacular crashes rather than his successes, the sales of the toy did not crash and sold in millions.

One of the few toys that made a full-blown return to the commercial market 40 years after its original launch was Stretch Armstrong. Introduced to the world by the Kenner toy company in 1976 the muscular male figure made of laytex rubber and filled with gelled corn syrup allows it to be stretched from its original size of 15 inches up to around 5 foot before reverting back to its normal shape.

If a tear developed it could be repaired with an adhesive bandage and instructions on how to fix Stretch were included inside the box.

Hasbro who bought the brand, very successfully brought Stretch Armstrong back to the market at the New York Toy Fair in 2016.

Christmas of course sees us all indulge in sweets and the 1970s was no exception. Cadbury’s honed in on a novel way of enticing children to want their products even more. The Dairy Milk dispenser spat out individual squares of the world-famous confectionary for the princely sum of 2p. The mini machines were replenished by refill packs sold at stores such as the now long gone Woolworth’s chain.

The dispenser was also marketed on the basis that it had an added attraction of doubling up as a money box. But it’s suspected (personally) that after a while the chocolate refill packs were consumed without ever having seen the inside of the dispenser with the ‘saved’ two-pence pieces retrieved and spent quickly on something else.

First to three goals was the aim in the table top game Crossfire in the 70s. The object was to push one of the pucks through the opposing player’s goal by firing small metal ball bearings at them using the attached guns.

The effect of the Star Wars film series on popular culture has been immense. But with the filmmakers initially dubious about the success of the first film in 1977, manufacturers were seemingly reluctant to launch a toy franchise based on the film.

As a result, Star Wars toys were slow to hit the shelves 42 years ago. When they did, the Kenner company found the demand was enormous and to begin with launched four figures. They expanded the range in 1978 and effectively became a license to print money. But still demand often exceeded supply and the range was often hard to come by. As filming began for The Empire Strikes Back in spring 1979 children were screaming for new merchandise that Christmas. And nothing has changed since.

All that’s left to ponder about this range is the fate of the executive of the American toy company Mego who took the decision to turn down the chance to manufacture the Star Wars toy range. The firm established in 1954, specialised in making toy figures and promptly folded in 1983.

If you want to buy an original 1970s Girl’s Word made by Palitoy in good condition, it’ll cost you around £80 on vintage toy sellers website. The original cost was £10 – roughly the equivalent of what a vintage version will cost you now.

Launched in the mid-70s Girl’s World was a brunette or blonde model hair and make-up styling head. She had suction caps on the base so the toy could be attached to a table top whilst hair styling and make-up techniques could be practised.

She also had an extra length of hair inside the head, a small handle on the side of the base was turned to either make the hair grow or shrink back into the head, allowing her ‘stylist’ to change her hair style or length without resulting to a pair of scissors. It could also be washed and styled using ‘human products’ without much damage to the hair itself.

Tiny Tears was the must have ‘hi-tech’ doll of the 1970s. No other toy possessed the ability to wet itself or cry ‘real-life’ tears, nor a baby’s bottle from which the liquid disappeared to produce the aforementioned seepage. Such was the level of innovation of the toy that Palitoy won the toy of the year award for it.

Sexual equality has never been an issue for the toy manufacturing industry with its dedicated adherence to commercial gain based on pandering to the pockets of the parents of boys and girls.

In the 1970s The Bionic Woman and The Six Million Dollar Man covered these markets perfectly and will equally huge financial success which was ensured by the importation of the American TV series to these shores.

Like its parent program The Bionic Woman spawned its own line of toys. Kenner produced a 12-inch doll of the character, with similar features to the Steve Austin version (bionic modules and removable bionic limbs), except instead of a bionic eye the doll's head would click when turned, simulating the sound of Jaime's bionic ear. Accessories for the doll released by Kenner included additional fashions, and a Bionic Beauty Salon playset.

A metal lunchbox for children was available, as was a vinyl story record produced by Wonderland Records. Kenner produced a series of stickers and temporary tattoos featuring Jaime Sommers individually and with Steve Austin.

Considered as much a symbol of the 1970s as much as any other item, the space hopper was actually invented in Italy by a company called Ledragomma which specialised in manufacturing rubber balls.

Essentially, the hugely popular toy was a large heavy rubber balloon with two handles sticking out of the top and was inflated by a bicycle or car tyre pump. Children sat on the top of the hopper, held the two handles and bounced about to their hearts content.