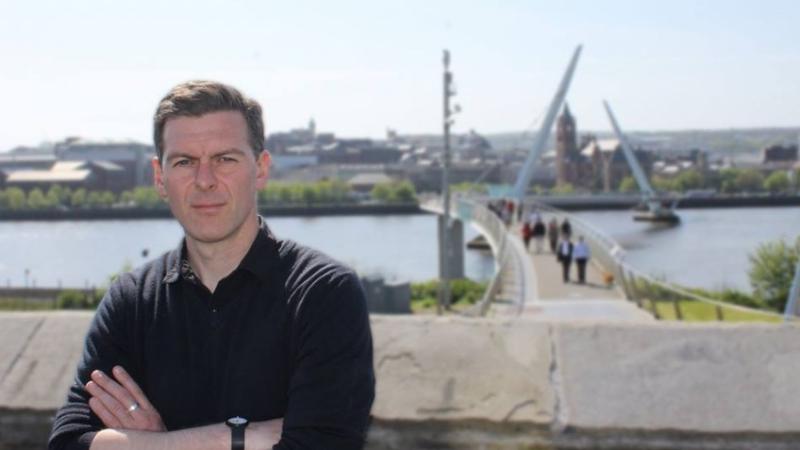 Shaun Harkin, People Before Profit candidate for next week’s General Election has proposed that central figures in the RHI Inquiry be invited to speak in Derry City and Strabane District Council’s chamber.

Calling for the immediate publication of the inquiry’s report, Mr Harkin also called for Chair of the inquiry Sir Patrick Coughlin and News Letter Political Editor Sam McBride to address political representatives at the Guildhall. Mr McBride’s book ‘Burned’, the inside story of the highly flawed renewable heat scheme has rocketed to the top of many best selling book charts in Ireland and beyond.

Shaun Harkin said: “The DUP failed to block my motion to the Derry and Strabane Council to demand the immediate publication of the RHI inquiry report.

“There's a clear attempt to stop the truth from coming out so those responsible avoid accountability. That's not acceptable and won't be accepted.

“The people of Derry elected socialists to expose and challenge corruption and hypocrisy. That's what this is.

“It's disgraceful there have been three elections this year and now talk of an Assembly election early next year without the report becoming public.

“The truth will come out and those responsible will be held to account. We can never allow this to happen again."

The People Before Profit motion placed before the local authority said: “It is now three years since the Renewable Heat Incentive (RHI) scandal erupted precipitating the collapse of the Stormont Assembly. Initial announcements claimed the Independent Public Inquiry report would be available within six months but nothing has appeared. With hundreds of millions in public money at stake while hospitals, schools and many people face chronic pressures due to funding cuts, pay freezes and welfare reform; and with the declaration of climate emergencies by this Council and many other bodies further delay is unacceptable.

“Council calls for the immediate publication of the RHI Inquiry report.

“Council will invite the chair of the inquiry, Patrick Coghlin, to a meeting of the relevant committee.

“Council condemns the attempted smearing of journalist Sam McBride, author of Burned: The Inside Story of the ’Cash-For-Ash’ Scandal and Northern Ireland’s Secretive New Elite, and invites him to make a public presentation on RHI in the Guildhall.”