Desertmartin forward over the moon to end championship drought 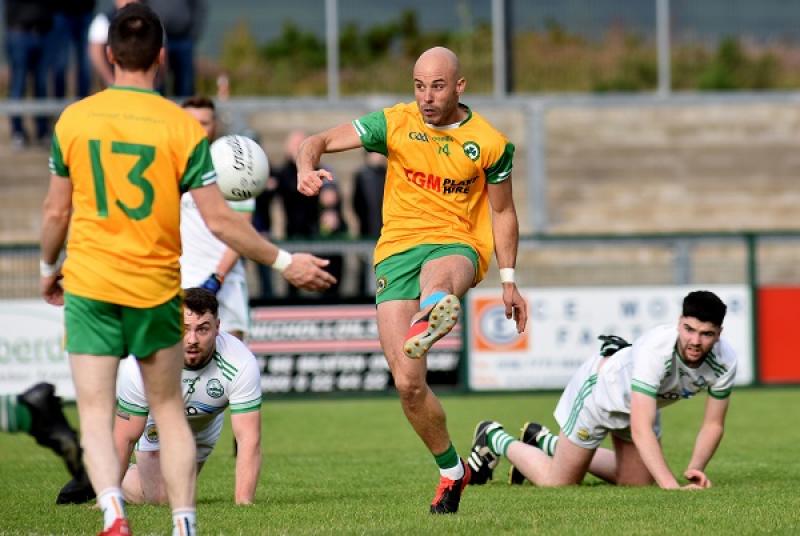 When Enda McGuckin's shot came back off the crossbar in Friday night's decider, over half a century of championship hurt hung in the Owenbeg sky. Inside a split second.

Not this time. When McGuckin's shot came off the bar, it hit off the back of Craigbane defender Oisin O'Donnell's head before going over the line for a game-changing goal.

“The ball broke to big Oran (Kelly) around the edge of the square,” Enda recalls of Adie Trainor's high up and under, as Desertmartin trailed 1-8 to 0-10.

“There was a wee bit of a scramble and I pulled out and saw an opportunity, with the 'keeper at his right hand side. I went for the pot shot if that's what you want to call it.”

“It looked like it was going in, then it hit the crossbar and luckily it came of the back (of O'Donnell) and went into the back of the net and went in, because we needed it at that time.”

Amidst the euphoria of picking up a first championship medal and the late drama, McGuckin thought back to all those who went before him. Those who didn't get the taste of success he did.

“It's unbelievable, words can't even describe it,” he said.

“I was 12 or 13 in '03 when we lost up in Slaughtneil, against Ballymaguigan when it went to a replay. Boys like Jimmy McElhennon and Mickey McCann... boys like that.

“Watching boys miss out on days like that, it carried with you because you played with boys like that when you came onto the senior scene. That's what you are thinking of, it is the whole club.  That's what it is all about...it is 53 years”

McGuckin, in his moment of glory, also had a word for a Craigbane team that were still clawing for the inch they needed to pull themselves back into the game after going behind for the first time after the deflected goal.

“They never lie down,” McGuckin said. “We know that from playing them at intermediate it is always a battle. We knew when we got the goal and a point, they were going to fight to the end and thankfully we just held out.

“I was praying we'd hold on. They fisted it across a couple of times, but Marty Breen and Connor Monaghan happened to be there in the right place at the right time and thankfully we came out with the ball.

“It is a game of small margins, we got a goal when it hit the crossbar and got a bit of luck but you have got to work hard to get those bits of luck and thankfully we got over the line today.”

The Martin's ended a 53-year famine without senior success