Diamond and McAtamney find the net in the first minute 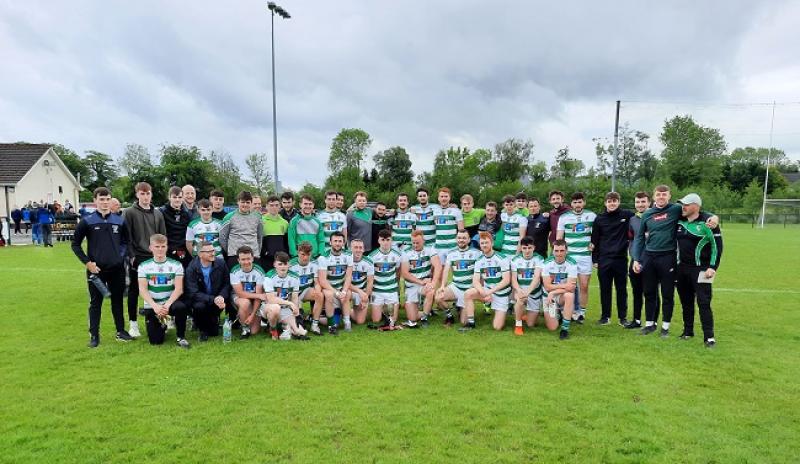 Two goals inside the first minute put a Sean Kearney inspired Swatragh on their way to victory over Ballinderry in Saturday's Larkin Cup final played in perfect conditions in Loup.

After being hit by the early burst, with goals from Brian Diamond and Conor McAtamney, the Shamrocks went on to enjoy much of the first-half play.

Helped by Conor O'Neill kicking 0-9 over the game, Ballinderry got back on level terms on two occasions without being able to get their noses in front.

Four points without reply before the second water break pushed Swatragh back in the ascendency and left Ballinderry needing a goal they needed to have a chance of overturning Swatragh.

The Davitts had to play for the last 10 minutes with 14 men after Conor McAtamney was shown a black card by referee Thomas Devlin, but hit the last three scores to seal victory.