Organisers take the decision because of a 'number of factors' 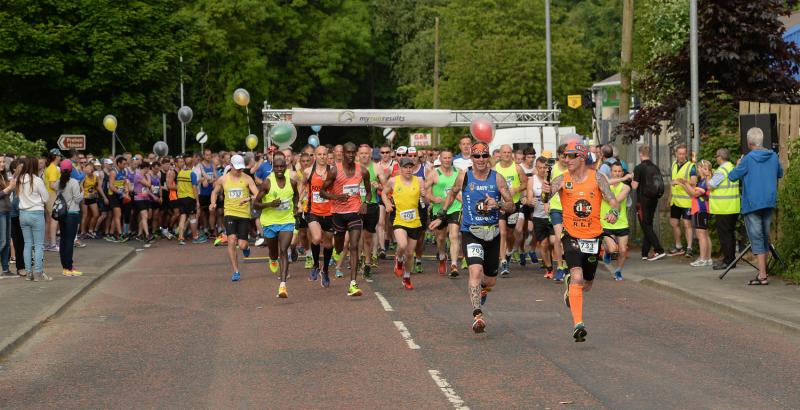 The Derry marathon has been cancelled this year.

This year’s Walled City Marathon in Derry has been cancelled, it was revealed tonight.

Organisers of the marathon said they had taken the decision with 'regret'.

They said the race was cancelled due to ‘a number of factors’.

The marathon has been running since 2013.

It had been due to take place this year on May 31.

Hundreds of runners have taken part in the event each year and it has become a key event in the local sporting calendar.

The decision to cancel the race will be met with widespread disappointment.

The spokesperson for the marathon said: “It is with regret that organisers of the Walled City Marathon have taken the decision to cancel this year’s marathon event, originally scheduled for 31st May 2020.

“The race has been cancelled due to a number of factors outside the control of race organisers. We would like to thank all supporters of the Walled City Marathon and hope that they will continue to support the event next year. All entrants will be provided with a full refund within the next 14 days.

“We are encouraged by the continued growth of the 10-miler which sold out in record time this year and we look forward to further building on that event whilst working to prepare for the marathon again in 2021.

“We want to thank you again for your continued support and look forward to welcoming you all at the start line next year.”

“Many people who have registered have been in contact to see if something can be done to save it,” said Cllr Duffy.

“I will follow up on this over the weekend and on Monday and see if there is anything that can be done.”