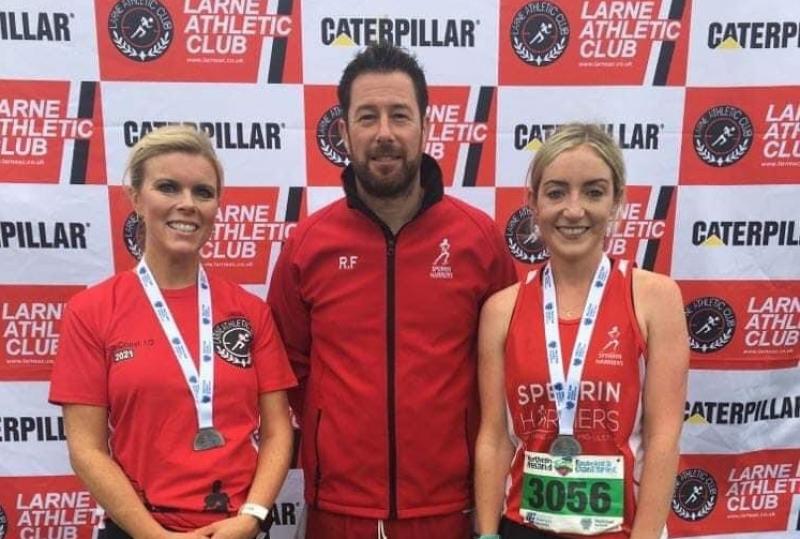 On Sunday, all roads lead to Larne for the prestigious Antrim Coast Half Marathon. Harriers were out in force at the largest running event held locally since pre-pandemic times. Months of lockdown training paid dividends with the majority of Harriers returning home with personal bests.

The IAAF certified course began with a loop through the Larne town and harbour areas, before sweeping down to the Coast Road, which provided a stunning backdrop on a day where running conditions were optimal.

The course and conditions on the day promised fast times, and as such, in the elite event, Ethiopian, Yalemzerf Yehualaw set a new women’s world record for the distance with a time of 63.43.

The mass event contained a high calibre of local talent. Pierce McCullagh led the Harriers home with a swift time of 74.07. He was closely followed by Brian Taggart in 75.57.

On Saturday, Harriers continued to turn out at local Parkrun events.

At Dungannon Park, Malcom McCullough finished second overall with a time of 21.12.

At Carrickfergus, Andrew Newell finished first overall with a time of 17.56.

Shoes, a barcode and willpower are the only ingredients

A coastal route for Termoneeny runners