GALLERY: St. Eithne's PS celebrates 20 years at the heart of the community

A Derry primary school has celebrated the 20th anniversary  of its official opening.

St Eithne's PS in Hazelbank opened  its  doors in 1998, but on 28 January, 2000 Bishop Seamus Hegarty and Martin McGuiness cut the ribbon and planted a tree at the school's official opening after it had reached its full input of pupils (primary one to primary seven).

Mr McGuinness's wife, Bernie, returned to the school recently  to plant a tree beside her husband's to mark the last two decades. 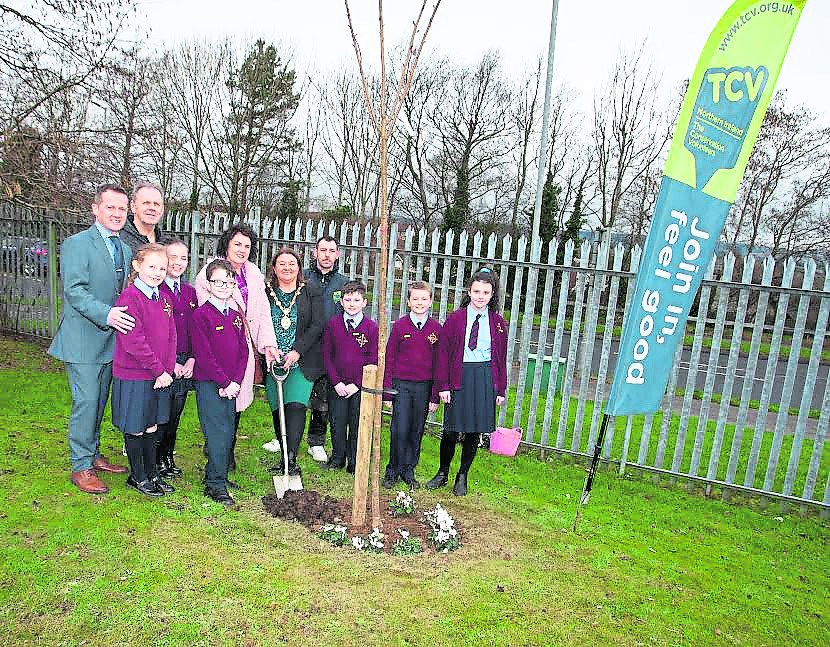 Terence McDowell, the current principal, said the school would never have been built without the hard work and dedication of these two men.

"This is my sixth year as principal and I was delighted  to come and work in such a wonderful school, with amazing  staff and children that make it so special.

"I was fortunate to begin my role in a school that had the solid, sound foundations laid by the hard work of my predecessor, Mr Gerry Cosgrove.

"Of course, Gerry could tell you all about the early years of the school.

"He was the man who cared for and  nurtured  the school from its very early beginnings, through its infancy and into its early years.

"When I inherited the school from Gerry, I'm sure it was a huge wrench for him as he had very obviously put his heart and soul into the school, however, his legacy as principal lives on in so many ways and I would like to thank him for everything he has done for the school."