This Thursday, 20 May, marks the anniversary of when Amelia Earhart became the first woman to fly solo across the Atlantic.

Flying from Newfoundland in Canada, Amelia landed in '"Gallagher's Field" at Ballyarnett, after a 14-hour journey. She had originally intended to land in Paris, but had run into difficulties and been forced to make an early landing at the nearest available spot.

In doing so, she broke a number of records, including crossing the Atlantic in the shortest amount of time. On top of that, the famed pilot also earned herself a special place in the hearts of those living on the north-east coast - who were able to witness history being made. 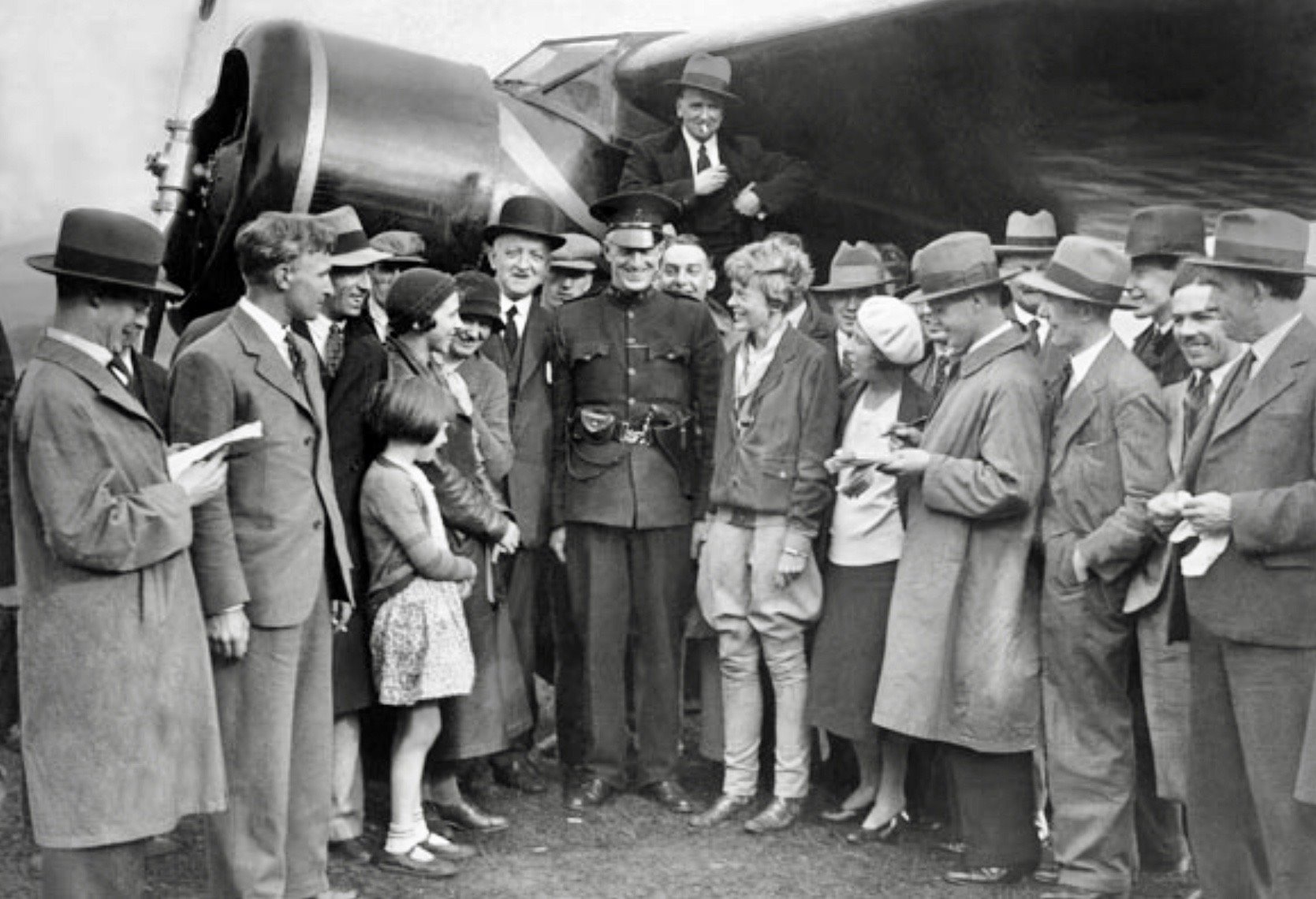 Above is an image of Amelia Earhart in Ballyarnett in May 1932 as she was greeted by bemused locals following her landing in "Gallagher's Field".

Movietone interviewed the lone Atlantic flyer during her visit to the American Embassy in London.