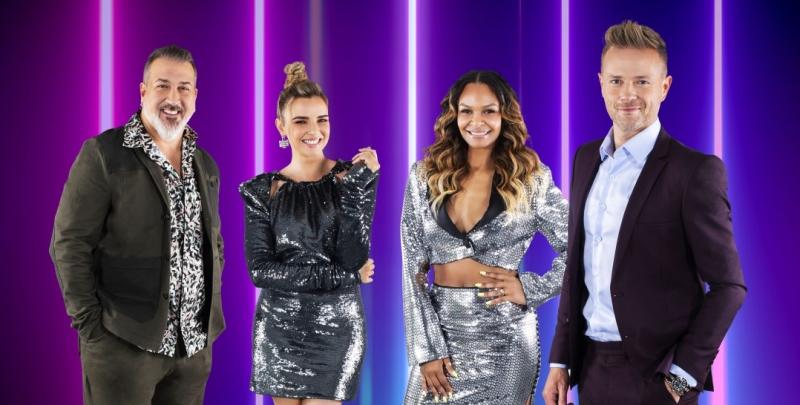 Derry singing sensation Nadine Coyle is currently a judge on a brand new television game show being aired on RTE.

Speaking ahead of the show being aired, Nadine, a 36-year-old mother of one, said she couldn't wait for people to see it.

She said: “Such a fun show with incredible talent and I can't wait for people to see it.I will explain at some point when I can put into words how lucky I was to be part of this show with amazing people involved.

“Thank you for being so kind and helping me through a tough time, Samantha, Joey, Nicky and the rest of the entire crew.”

A spokesperson for RTE said the show was one for 'all of the family to enjoy.'

The spokesperson added: “It requires contestants to have tactics as well as talent, as singers face-off against one another in a test of singing ability, and nerve.”

Produced  for  RTÉ  by ShinAwiL, the series is airing on Saturday evenings, with one singer from each show making it through to the final.

The spokesperson added: “Presented by Nicky Byrne, Last Singer Standing sees pop royalty Nadine Coyle, Joey Fatone and Samantha Mumba offer their guidance and industry experience to the contestants from around Ireland as they take to the stage to perform.

“Contestants battle both musically and mentally as they endeavour to impress the popstar panel, the studio audience, and each other in order to earn that coveted place in the grand final.

Host Nicky Byrne said: "This show will have you on the edge of your seat - it's fast-paced, exciting, and full of jeopardy. Our singers face challenges like never before in their bid to land the top prize.

"The superstar pop panel of Nadine, Joey, and Samantha are talented, quick-witted and full of personality. It's a fresh, new show and I think viewers will take it to their hearts on Saturday nights."

Contestants require tactics as well as singing talent as they battle it out against one another in a bid to make it to the grand final and win €25,000

It is not the first time the Derry girl has acted as a judge on a TV talent show, having appeared as a guest judge for an episode of the series America's Next Top Model.