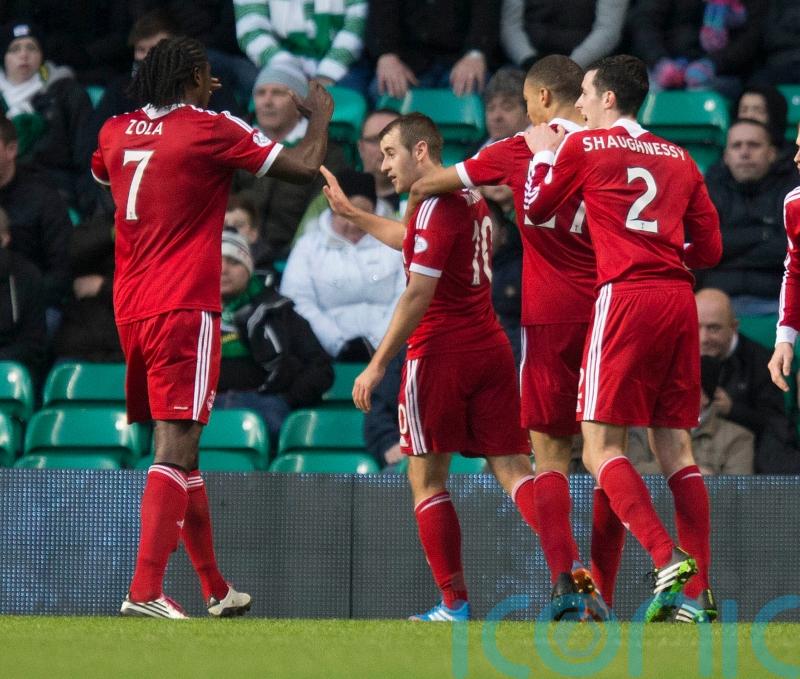 Niall McGinn is relishing another appearance at Celtic Park as Dundee bid to upset the odds against the cinch Premiership leaders.

The Northern Ireland international and former Derry City winger scored several times for Aberdeen against his former club at Parkhead and believes Dundee can build on recent wins when they go there on Sunday.

“I love it,” the 34-year-old said. “As a professional footballer you like playing in these big arenas.

“I have been quite fortunate in my career, being an international I have got to play in many a great stadium.

“It’s always great to go to Celtic Park, and Ibrox, Tynecastle, hostile environments. These are the games you want to be involved in.

“I have scored a few times at Celtic Park playing against Celtic. Obviously I scored for Celtic.

“I have always enjoyed going there. It’s always a nice atmosphere and an environment where players get an extra lift and can go there and showcase themselves.”

Dundee travel to Glasgow on the back of a significant week. After reaching the Scottish Cup quarter-finals on Monday thanks to a second consecutive win, the club sacked manager James McPake two days later before replacing him with Mark McGhee.

The players were as surprised as anyone to see McPake leave but they are now focusing on life with McGhee and new assistant manager Simon Rusk, who watched Celtic lose 3-1 to Norwegian champions Bodo/Glimt after being appointed on Thursday.

McGinn said: “We have to believe. We are coming off the back of a couple of wins and the boys are confident.

“You know any time you go to Celtic Park you are going to have to give up a lot of possession and defend well and keep chances to a minimum for as long as possible.

“We are going to have to be brave in possession, we have to be cute, we have to win free-kicks – set-pieces could play a part and hopefully we can do well from that.

“The boys have been there before and I have played there many times as well. It’s using that experience to go there and give it your all. You know you will always create a chance or two and it’s about taking them when they come along.

“The manager and Simon were at the Celtic game on Thursday night so they have been watching them and giving across some ideas to us as a group of players.

“I haven’t played against them this season but I have seen a lot of them on TV and witnessed them from the sidelines.

“You can see the style of play, how aggressive they are with the press and the attack. They can bring in players who are equally as good as the players who go out the team, if not better.

“When they lose possession, there is that initial four or five, six seconds where they try to get the ball back and they are very good at.

“It’s down to us to be positive, be brave on the ball and use any opportunity when we have the ball to cause them problems.”