PREVIEW: Na Magha go on Ulster trail after a week of sadness

The Derry side are mourning the recent loss of one of their founding members. 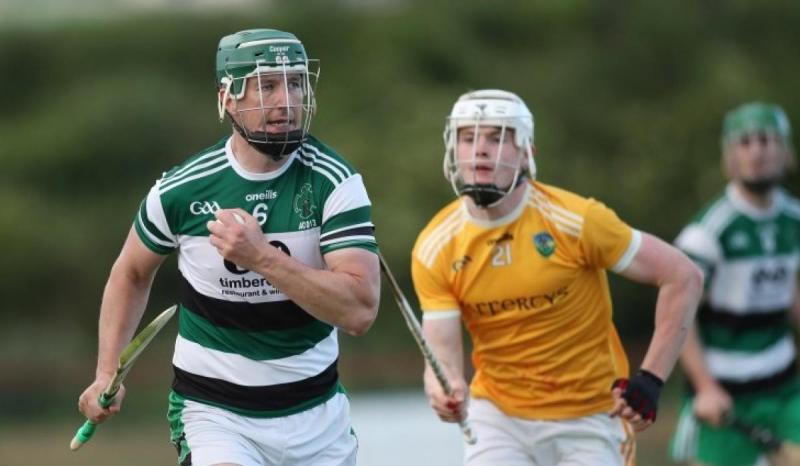 Breandán Quigley looks for options in an Antrim league game against Cúchullain's Armagh.

Na Magha's preparations for their Ulster JHC quarter final were disrupted last week in the most tragic way possible.

Seán Mellon, one of the club's founders and a man whose influence on hurling in the city has touched almost every club, passed away on Friday.

The senior hurlers were at training when they heard the news, with centre back Breandán Quigley tweeting his condolences afterwards.

“It was with deep sadness I heard of the passing of Seán Mellon, an absolute Titan of hurling and the guardian of hurling in the city,” he said,

“Probably fitting that we were informed of his passing while on the field. It’s oft said, but we really will never see the likes of him again.”

Mellon's legacy is a hurling side whose stock continue to rise. 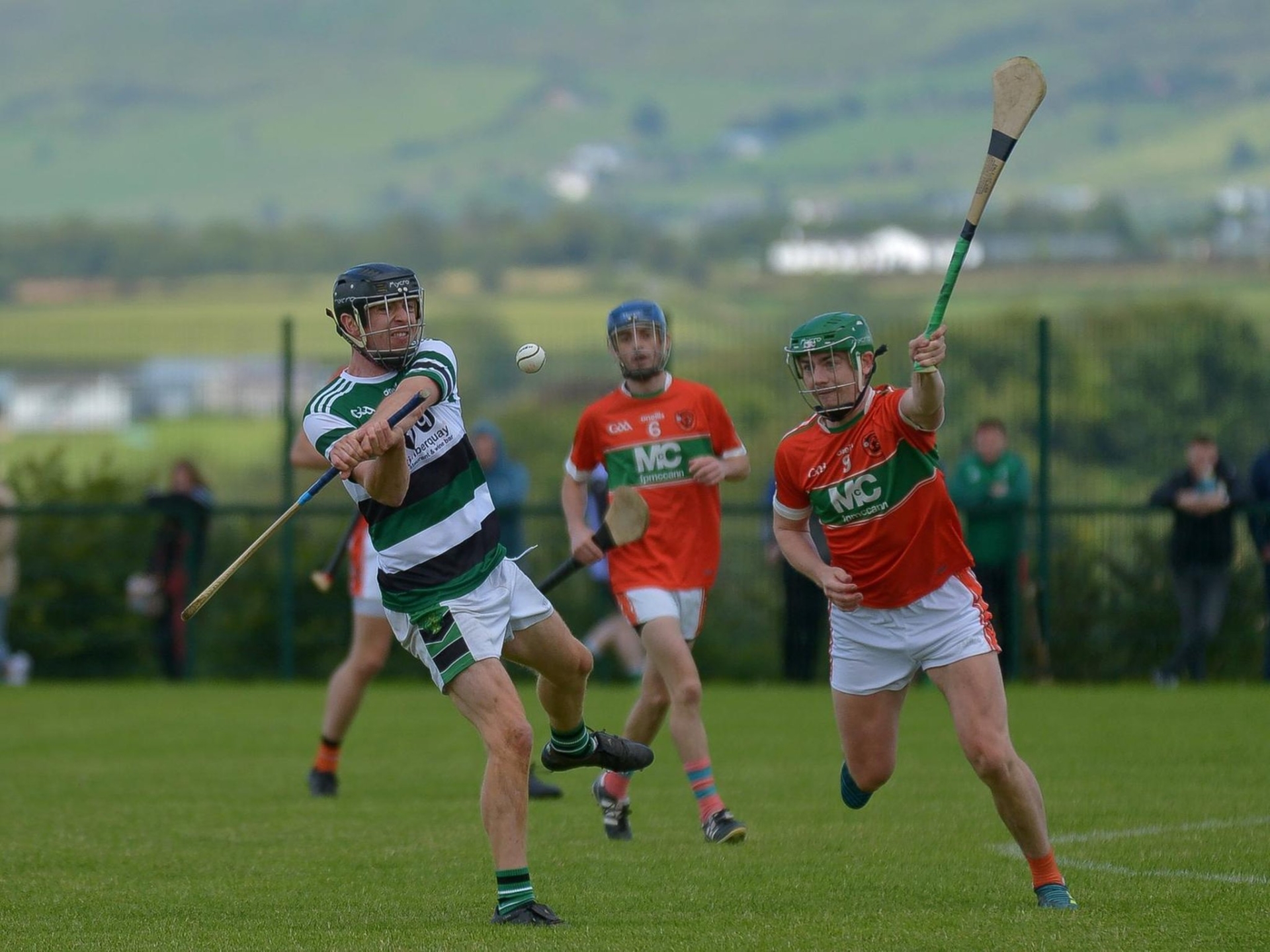 They competed well in this year's Antrim league, reaching the Division 3 semi finals where they were defeated by a strong Cúchullain's Armagh side.

Championship action in Derry though, has proved both frustrating and disappointing.

The frustration stems from the fact the club were denied a chance to compete in a county final following the withdrawal of opponents Eoghan Rua.

The Coleraine side had come through a bruising senior football encounter with Slaughtneil the previous week, and the decision caused anger and frustration in Ballyarnett.

Derry's hurling championship provided plenty of games for the city men, but results were disappointing given the elevated standard of those they faced. 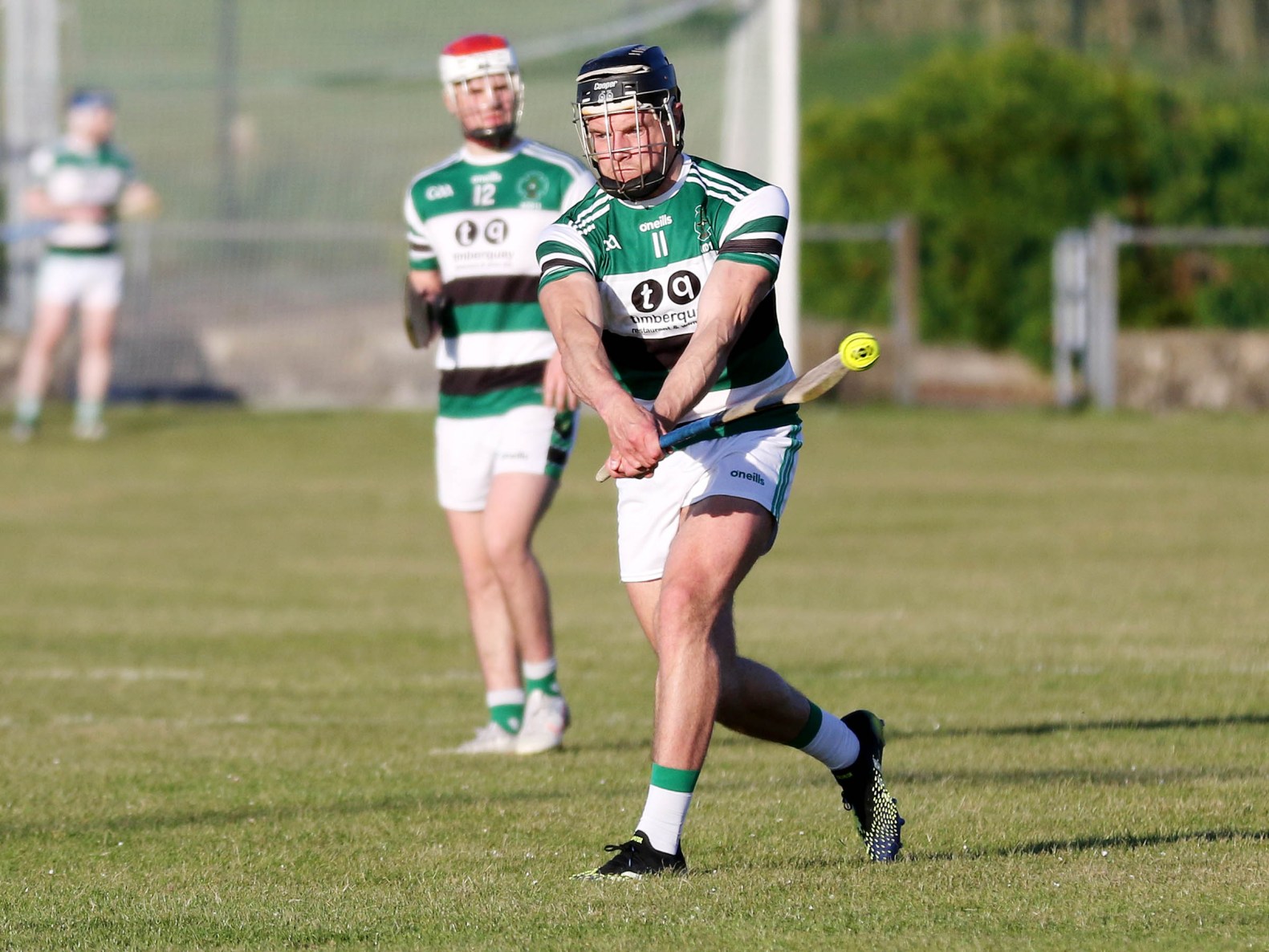 They lost all four group games by an average margin of 14 points, coming closest to Ballinascreen in their final outing, where they lost by nine.

The defeats skew their statistics. They have scored a total of 2-50 (56pts), giving them a scoring average of 11.2 points per game.

In comparison, Cootehill have had four championship games, in which they have scored a total of 4-59 (71pts), giving them a scoring average of 17.8 points per game.

Na Magha will point in mitigation to the standard of teams they had to play in a group that contained senior runners-up Kevin Lynch's, and there is no doubt the difficulty of the Derry championship is greater.

Personnel wise, the threat from the Cavan champions arises from full forward Diarmuid Carney, who registered 0-8 in the county final, with 0-5 coming from play. 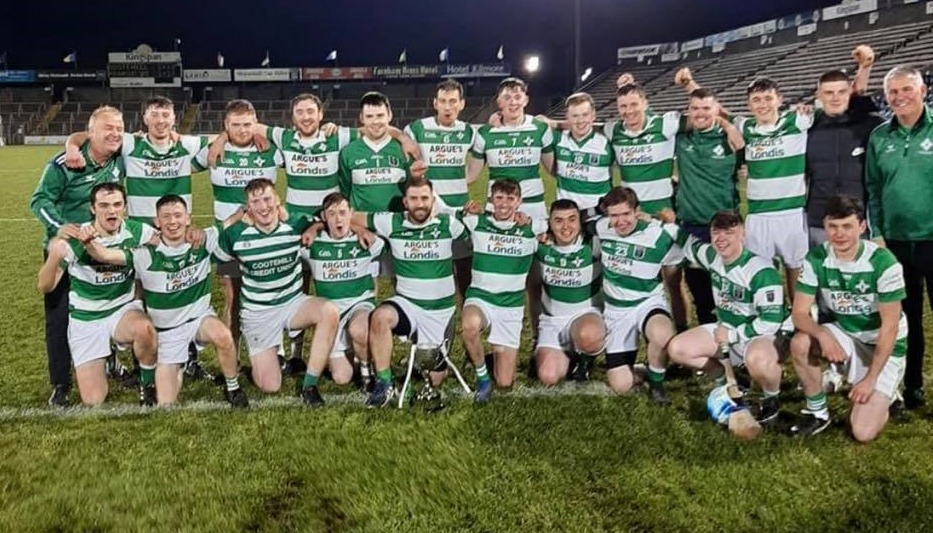 Half back Fiachra Hughes hit 0-3 for Celtic, while their two goals came from midfielder Oisín Carolan and corner forward James McKay.

For Na Magha, the experienced Breandán Quigley will hope to drive his side on from the heart of defence, while they have a number of pacey forwards who will trouble Cootehill.

A 4.00pm throw-in away in Cavan adds another layer of difficulty, but the Derry side are no strangers to adversity, and in a week where they lost a club legend, will be determined to come home with the win.

The game had been due to take place on Sunday.

The Ballyarnett men were battling for a place in the Antrim Division 3 hurling league final.