The launch of the league leads our weekly round-up. 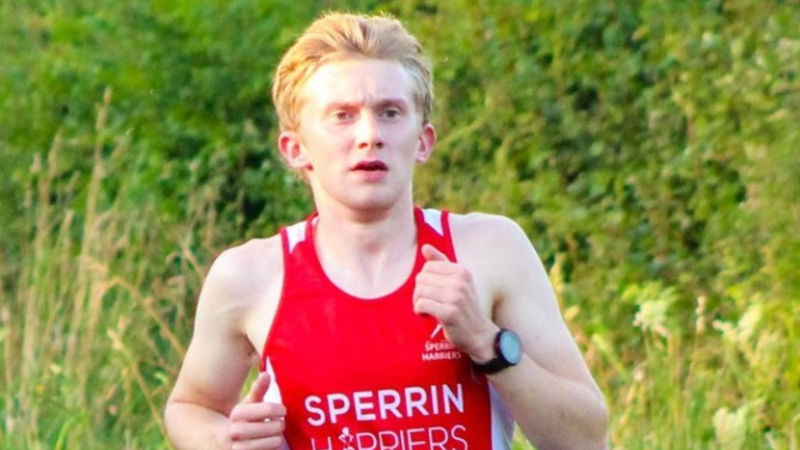 Sperrin Harriers have launched their 2021/22 Winter League series. The Winter League has grown into one of Northern Ireland’s best loved set of trail races, attracting all types of runners from beginners to top athletes.

Its popularity is testament to the picturesque venues, great atmosphere, and warm welcome that make the League so unique.

In a blisteringly fast Parkrun at Cookstown's MUSA complex, one which saw the course record bested and two of the weekend's top UK Parkrun times, Andrew Newell took a hotly contested third place with an outstanding PB of 16.16, followed by very impressive performances from Brian Taggart (17.23), Brendan Gildernew (18.07), Paul McLaughlin (18.48) and Sam Cuddy, with his own personal best of 19.42.

On Saturday Dungannon Park celebrated its 100th Parkrun, with Malcolm McCullough completing in 21.17, Rachel Hughes crossing the line in 23.41, and Terry Hughes finishing in 25.48.

In her first outing at the undulating Leazes Parkrun course Tanya Quinn crossed the line in 23.58.

James Hepburn achieved a great course PB at Antrim of 20.35.

Martin Donaghy took on his first Valley Parkrun with a time of 28.03. 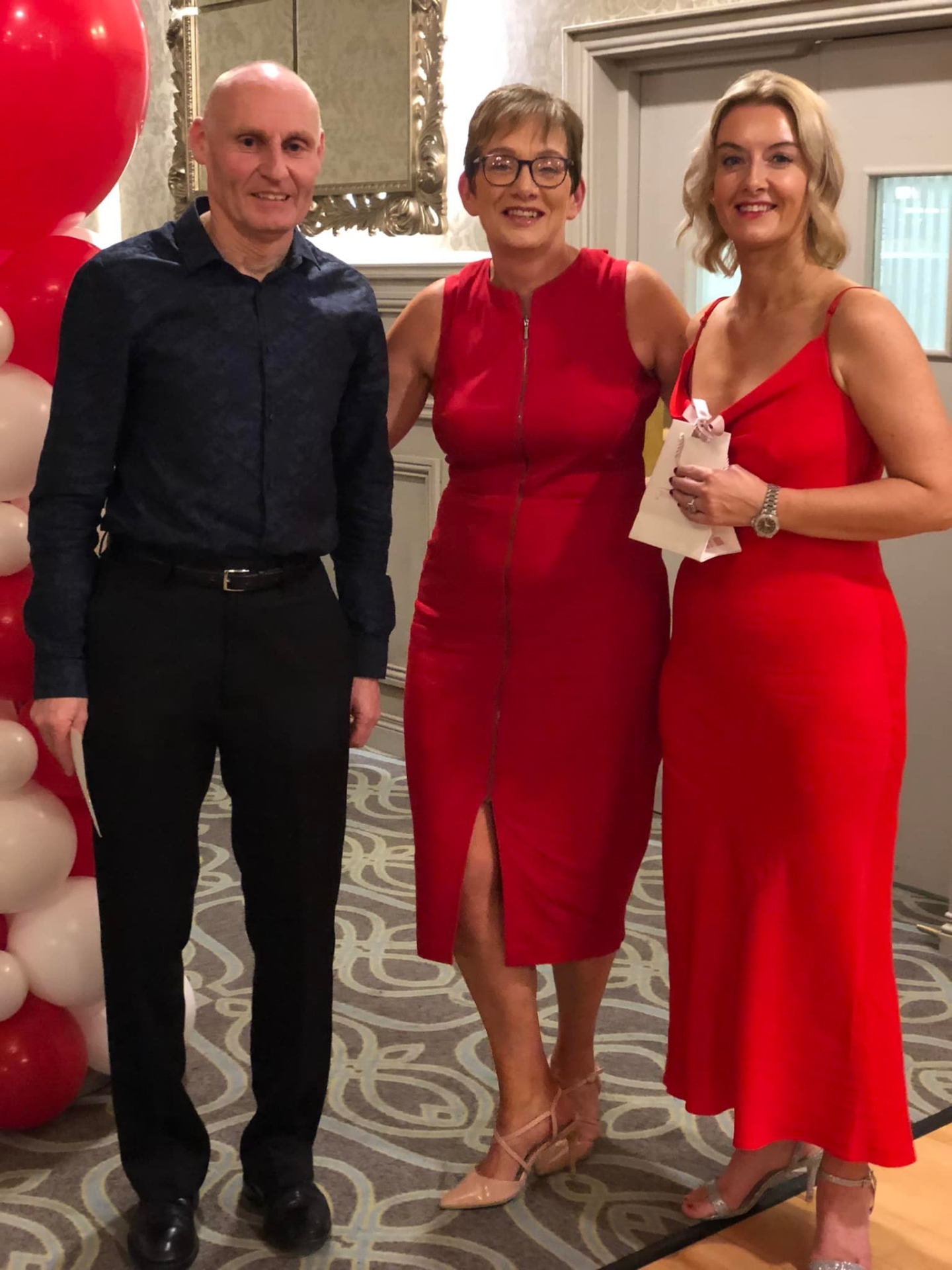 Saturday saw the return of the Sperrin Harriers Dinner Dance and Awards Night in Cookstown's Glenavon House Hotel, an evening that included good food and entertainment, and one which importantly celebrated the achievements of the club and its members.

Paul McLaughlin was a very worthy winner of the Members’ Member Award 2021, especially given his considerable commitment to the club and prodigious running achievements. 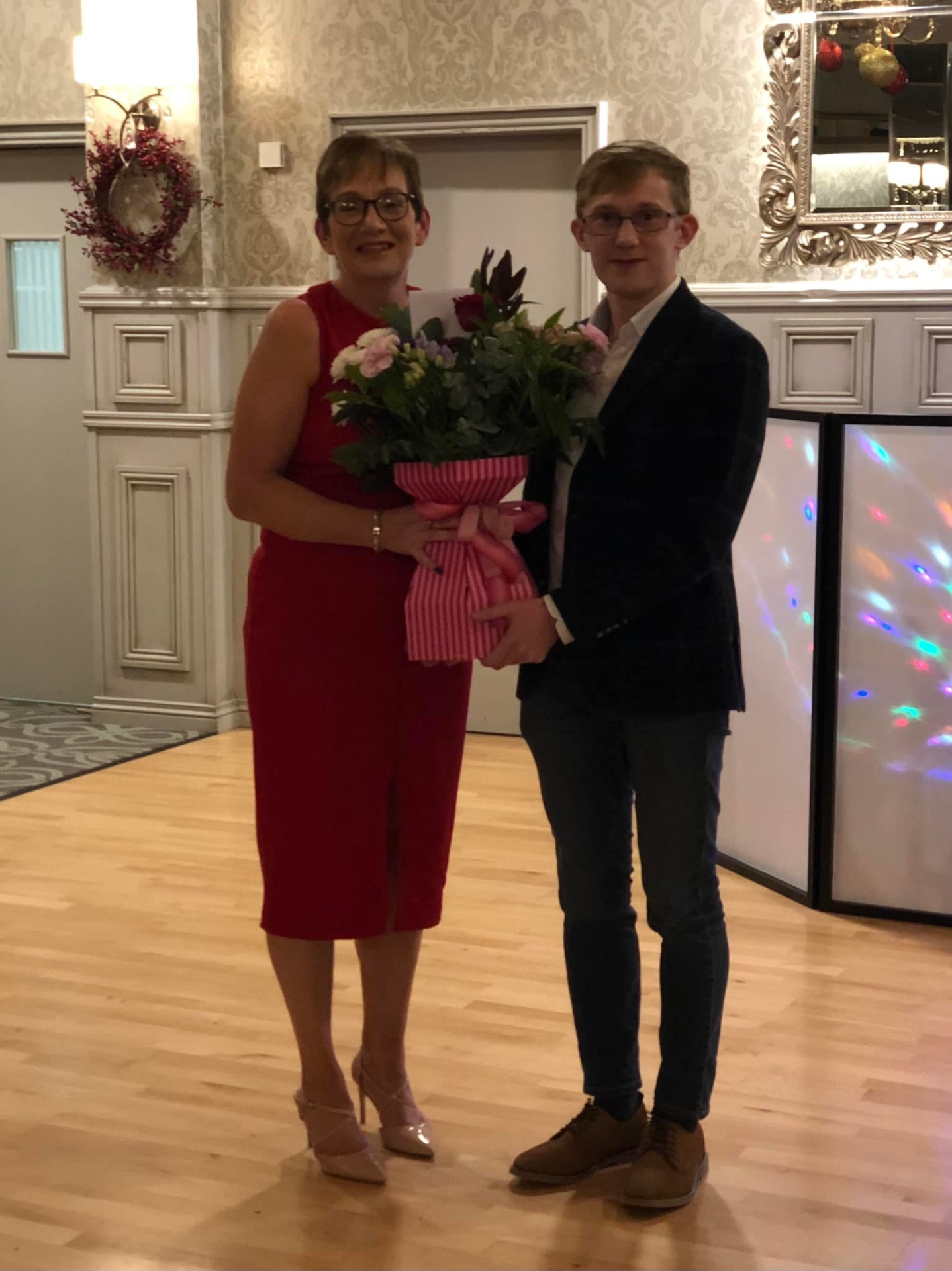 The Chairperson’s Award for 2020 and 2021, along with the Members’ Member Award 2020, was won by outgoing Club Secretary Joyce McMullan, someone who has worked tirelessly behind the scenes, motivating club members during the pandemic, and who has been involved for many years with the Winter League and other pivotal Harrier events.

The night also introduced the first Honorary Lifetime Membership Award, deservedly won by Mark Reid for his exemplary dedication to the Harriers over two decades, a time during which he has distinguished himself both as runner and coach, along with his organisation of the Stanley Reid Memorial 5 Mile run, an award winning event and fitting tribute to his father. 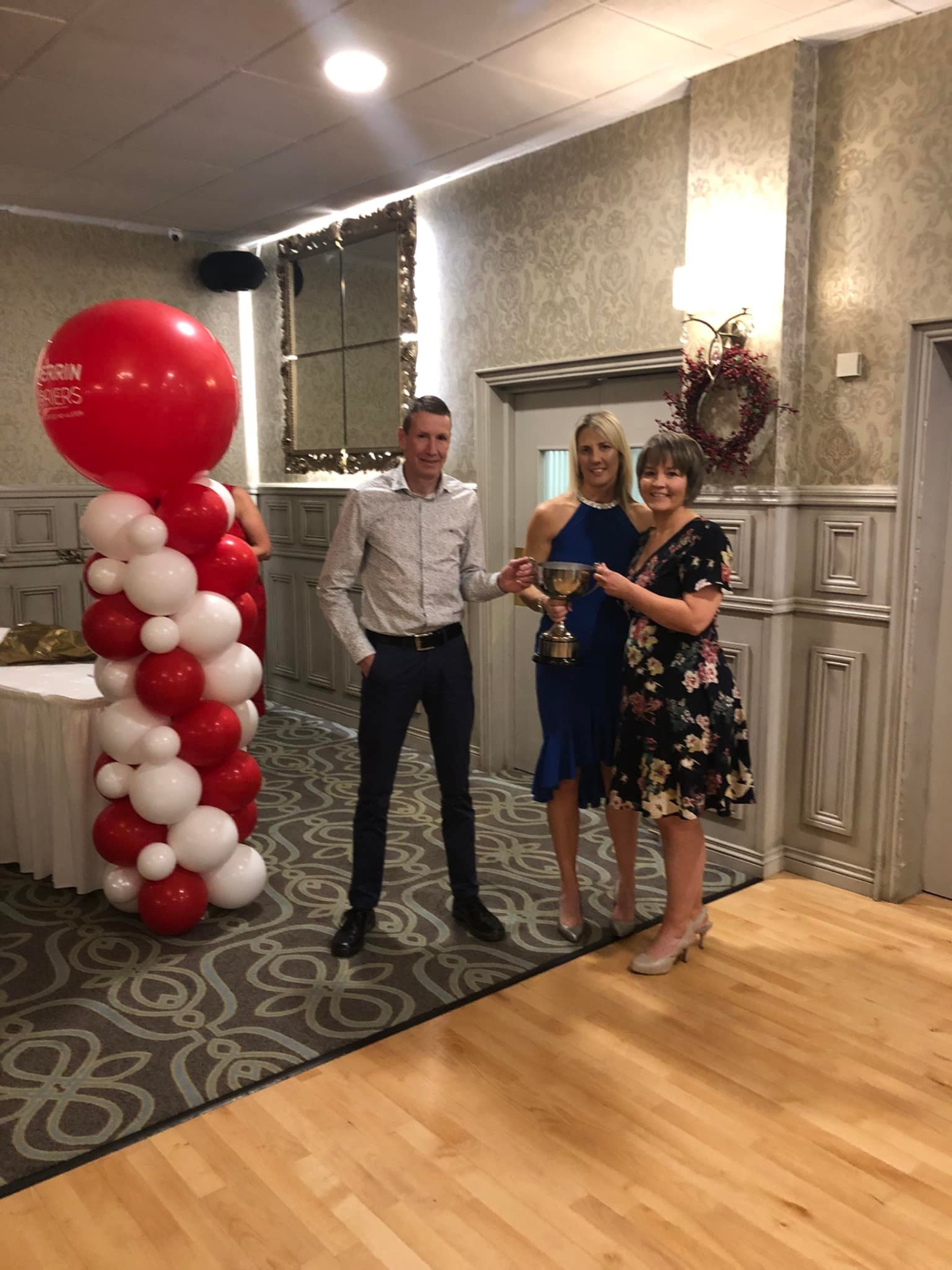 Club Coach Andrea Linton was recognised for the very valuable training and guidance she offers members, and Chairperson Andrew Newell presented a bouquet of flowers to outgoing counterpart Maureen Mallon, a tribute for the two years during which she led the Harriers through uncertain and tumultuous times. 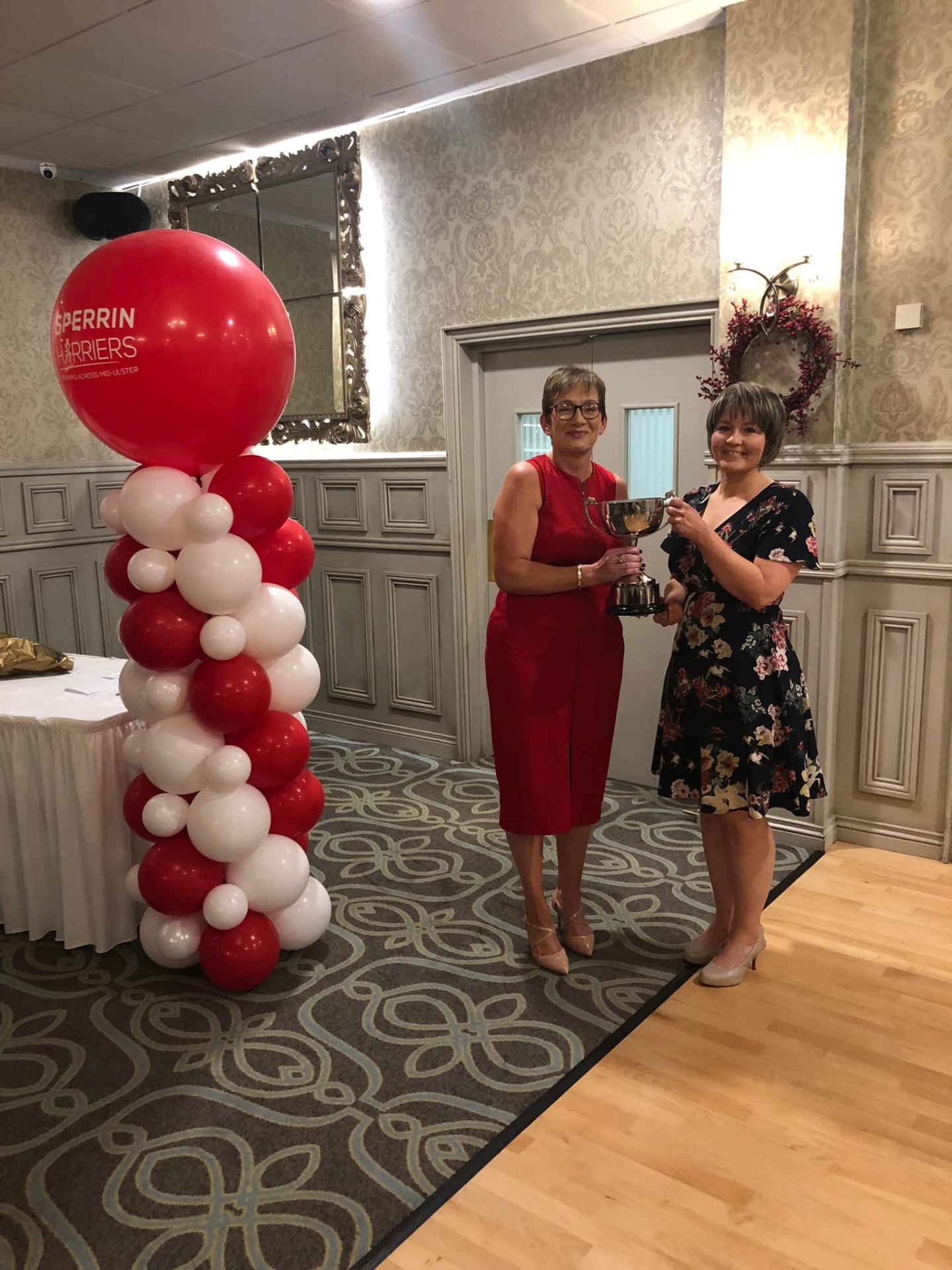 Many thanks go to everyone involved in the organisation of what was a very memorable and successful evening, and we look forward to Sperrin Harriers continuing to go from strength to strength in the year to come.

The Acorn Lady and Men's Teams travelled to the Billy Neill Playing Fields outside Comber to take part in the Comber Cup hosted by Ballydrain Harriers,the 3rd event in the Niathletics XC League.A completely new course it proved to be really challenging with some long climbs to test the strength of the legs. 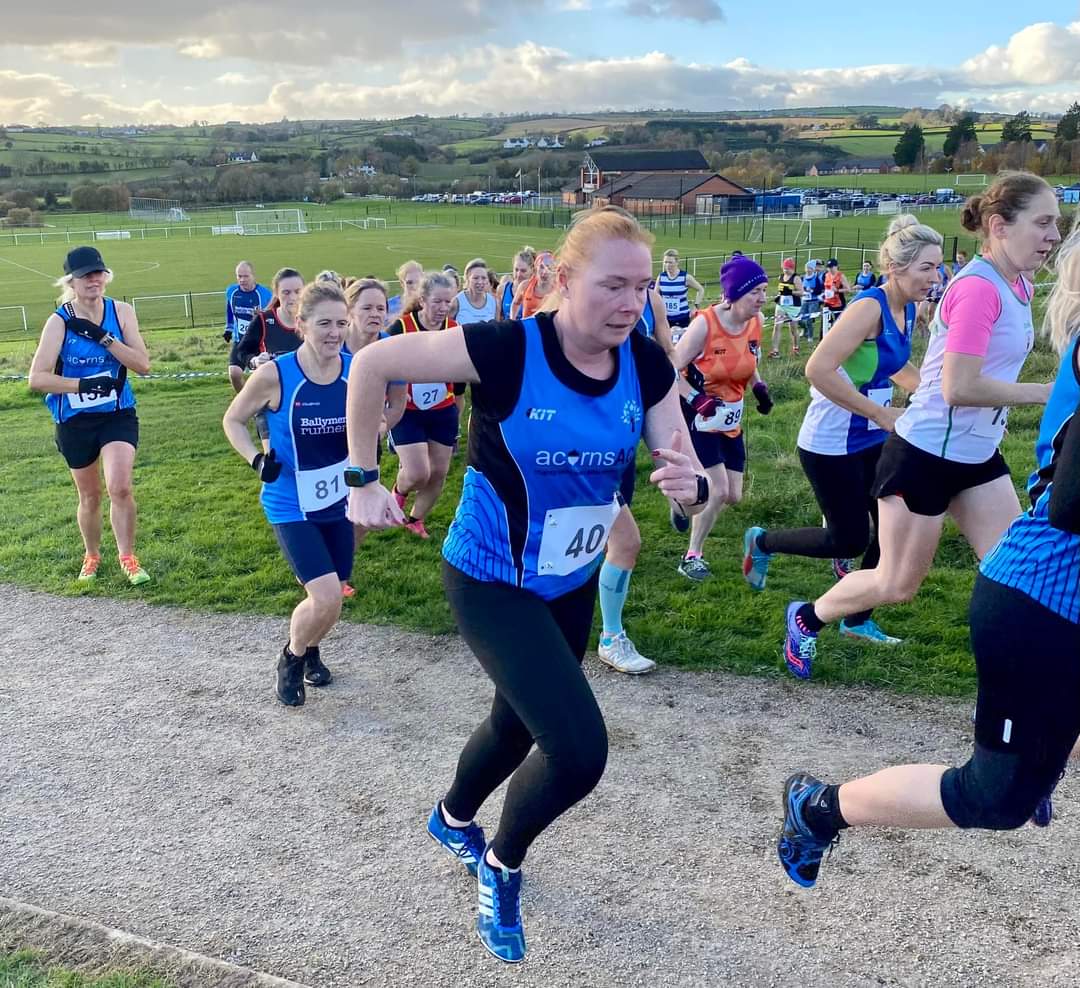 A really tough but enjoyable event and conditions were really good on the day,thankyou to Ballydrain Harriers for hosting the event and really well done to our lady and men's teams. 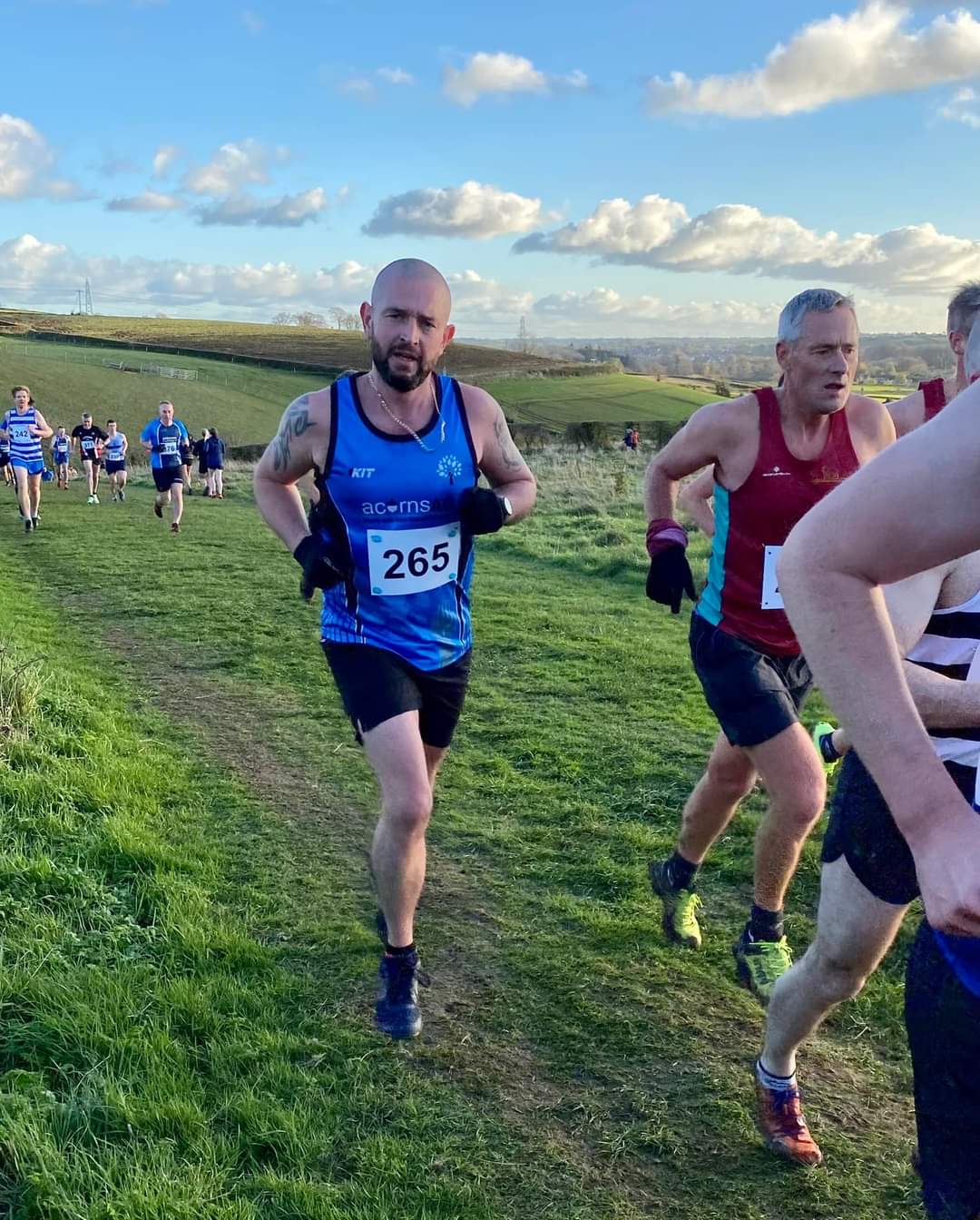 The Run for Rescue hosted by the Northern Ireland Mountain Running Association took place on Saturday 20th November in the Mourne Mountains, with the proceeds of the race being donated to the Mourne Mountain Rescue Team. The cool, calm weather on Saturday provided perfect running conditions for athletes to take on the challenge of the 1000 feet of elevation provided on the 5 mile course. 91 competitors raised a magnificent £1600 for the MMRT and among the enthusiastic participants were three Springwell RC members. Adele Tomb was first home in 53rd with a time of 43:27, club captain Carolyn Crawford was 61st in 45:42 and Conor Duffy was 77th in 50:26.

A round-up of the week's activities.