A round-up of the week's activities. 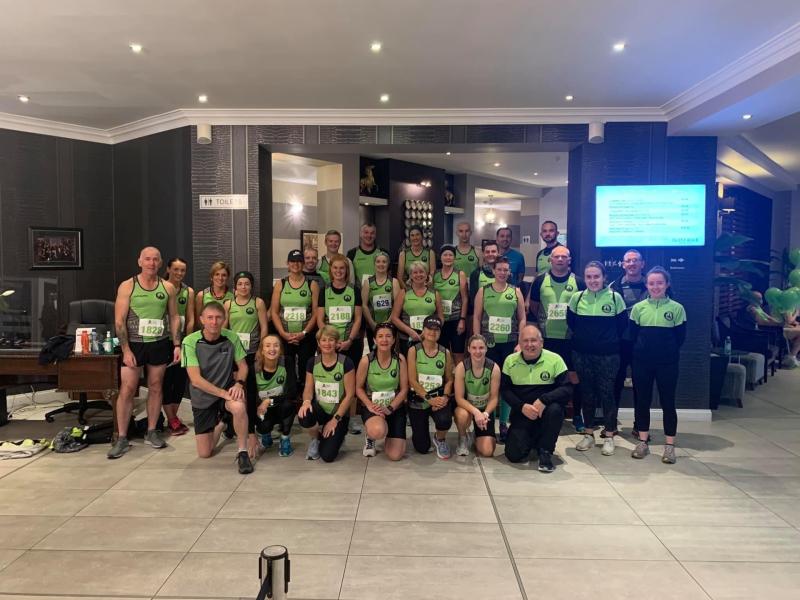 It was a weekend of international vests, trail marathons and a whole lot of parkruns with Springwell members in action at the North – South cross country international at Barnett Demense in Belfast, the 26 Extreme Tollymore Trail Marathon and nine parkrun venues, there was even a Half Marathon in Killarney. 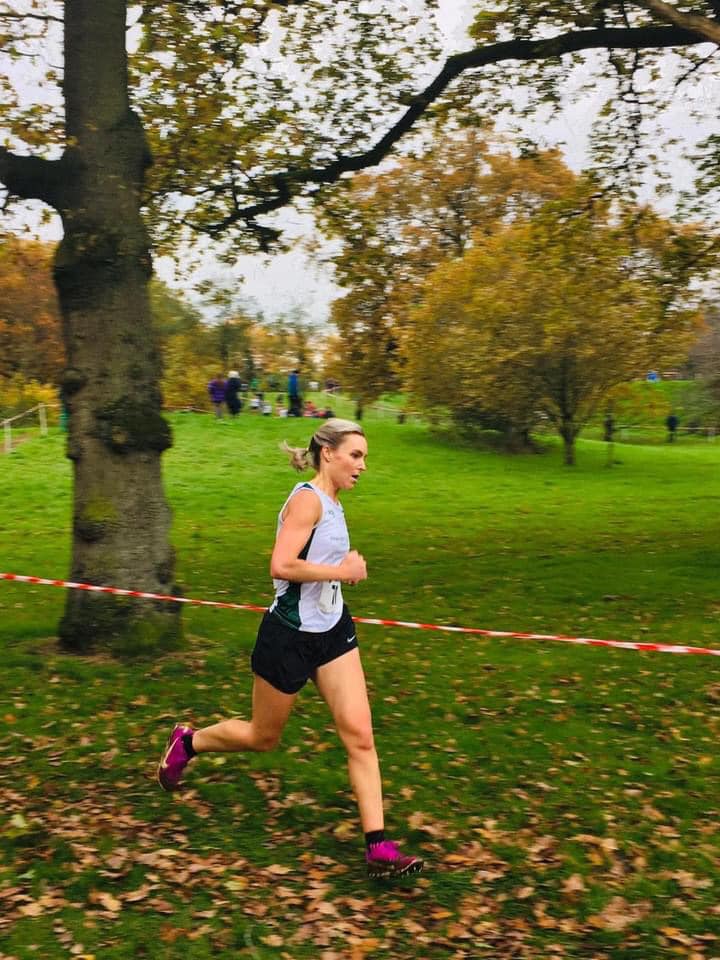 After an excellent run at the Masters Athletics Association trials Springwell RC’s Carolyn Gilfillan was selected to represent Northern Ireland at the North – South cross country challenge, which took place in Belfast at Barnett Demense on Saturday November 13. Carolyn finished 30th overall in a time of 25:09 (7th F35) in a very competitive field. 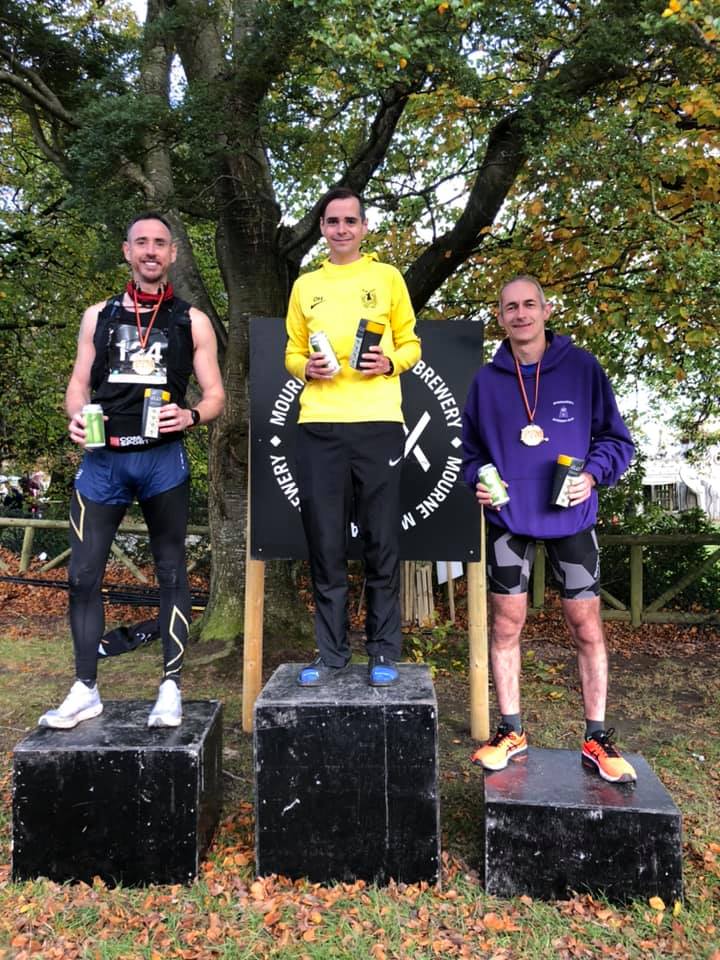 Saturday also saw the return of the very popular Tollymore Trail Marathon hosted by events management company 26 Extreme in Tollymore Forest Park. Over 500 runners took in the autumn splendour of the forest park in perfect running conditions for the four distances available. In the marathon Springwell RC’s Chris Denton added another podium place to his impressive running CV as he finished third in a time of 3:06:01. 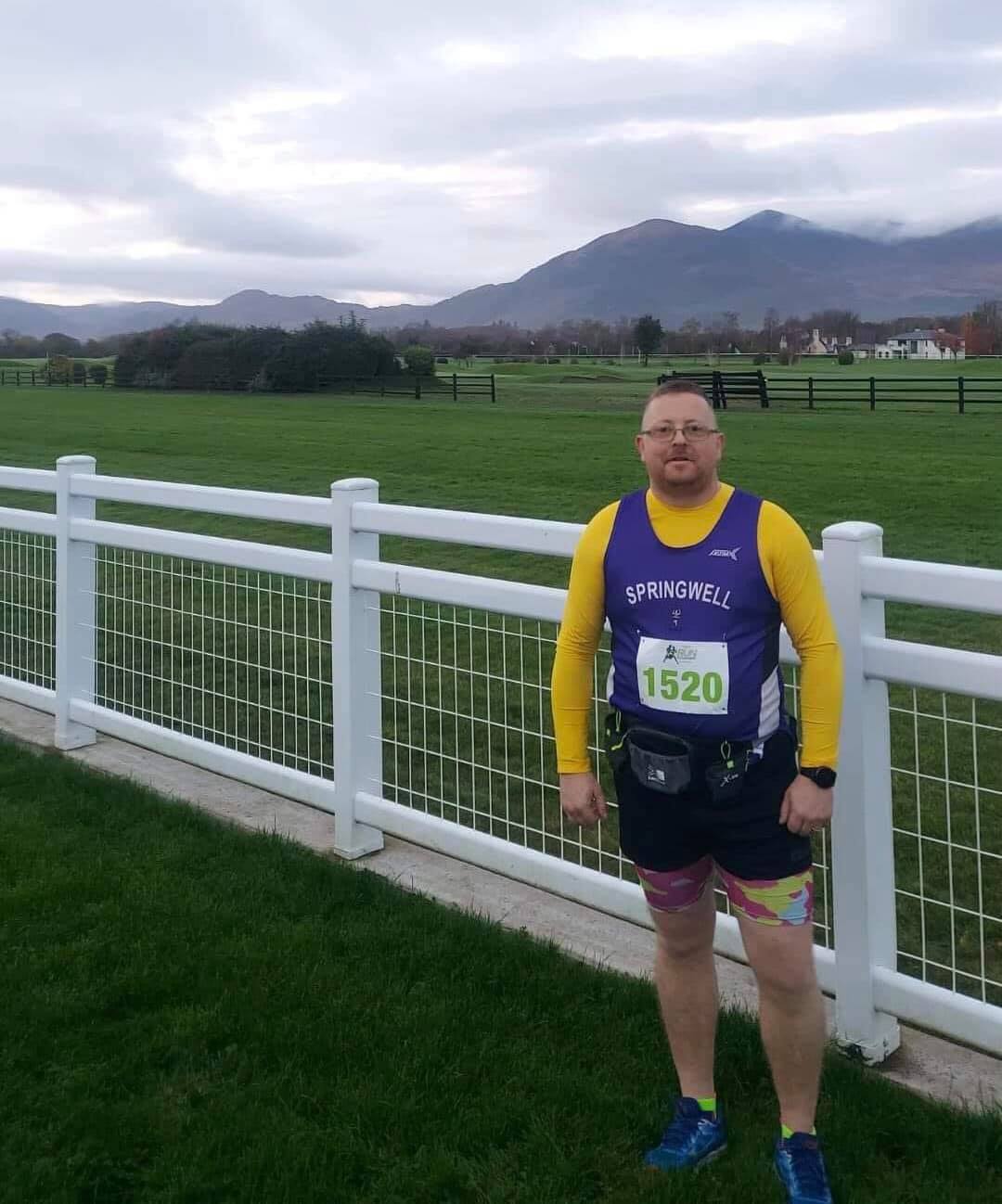 While taking in the scenery of County Kerry this weekend Springwell’s Aidan Mooney put on his running shoes for the Killarney Half Marathon, producing a time of 2:32:57 for 601st.

This weekend there were 46 Springers parkrunning at 9 venues with six personal bests recorded. The tide at Portrush must have been good as Judith Buchanan recorded another personal best, as did Cathy Adams. Rodney & Deborah McPhee returned to the scene of last week’s parkrun to both record PB's at Antrim while in Garvagh Forest Enda Young and Antoinette Conway added to their PB collection. 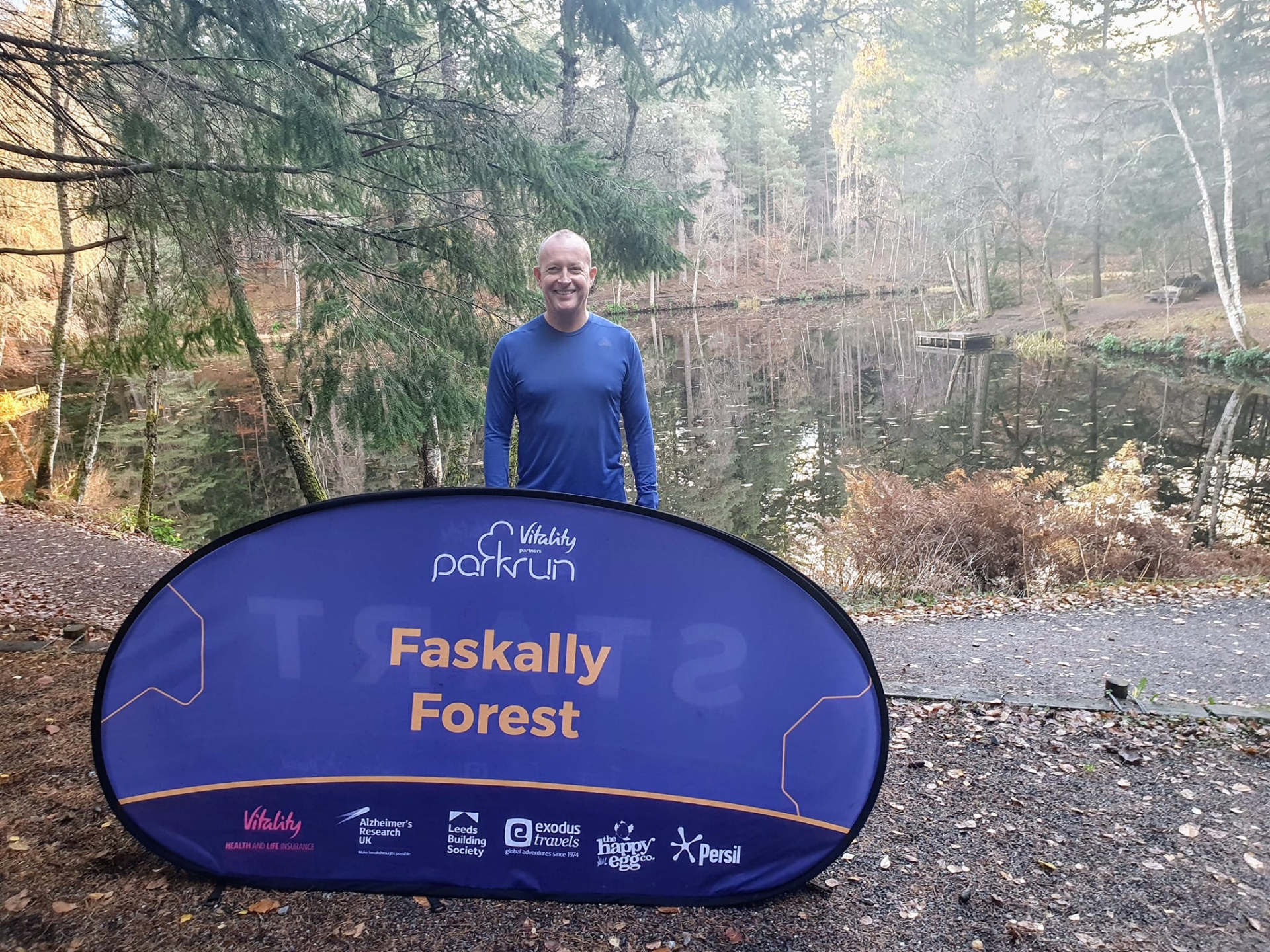 In a week which saw a large turnout of Harriers at a variety of Parkruns on Saturday, Brendan Gildernew took a highly impressive first place at Cookstown's MUSA with his time of 18.21, followed by Paul McLaughlin in 19.10, while James Hepburn continued a fine run of form with a personal best of 20.12.

Mark Gibson ran a great time of 18.06 at the Antrim Parkrun.

Colly Gallagher marked his first outing at the Garvagh Forest Parkrun by finishing in 23.05.

Sperrin Harriers held their AGM on Wednesday 10th, and thank the outgoing committee for their hard work and dedication over what proved to be a challenging and highly unpredictable 2 years not just locally but globally. We welcome our new committee and look forward to a successful year ahead.

Sperrin Harriers have launched their 2021/22 Winter League series. The Winter League has grown into one of Northern Ireland’s best loved set of trail races, attracting all types of runners from beginners to top athletes. Its popularity is testament to the picturesque venues, great atmosphere, and warm welcome that make the League so unique.

RUN KILLARNEY HALF MARATHON AND 10K

On Friday 12th of November over 40 members made the 326-mile journey through 13 counties to the Kingdom to take part in the Run Killarney Half Marathon and 10k.

This is the first Run Killarney event to take place since 2019. Both events took place on Saturday morning with the Half Marathon starting first at 8:30am and the 10k shortly after at 8:50am.

Both races started at the Killarney Racecourse and made their way to the National Park. The Half Marathon runners ran out as far as Torc Waterfall before they turned to finish outside the Gleneagle Hotel. 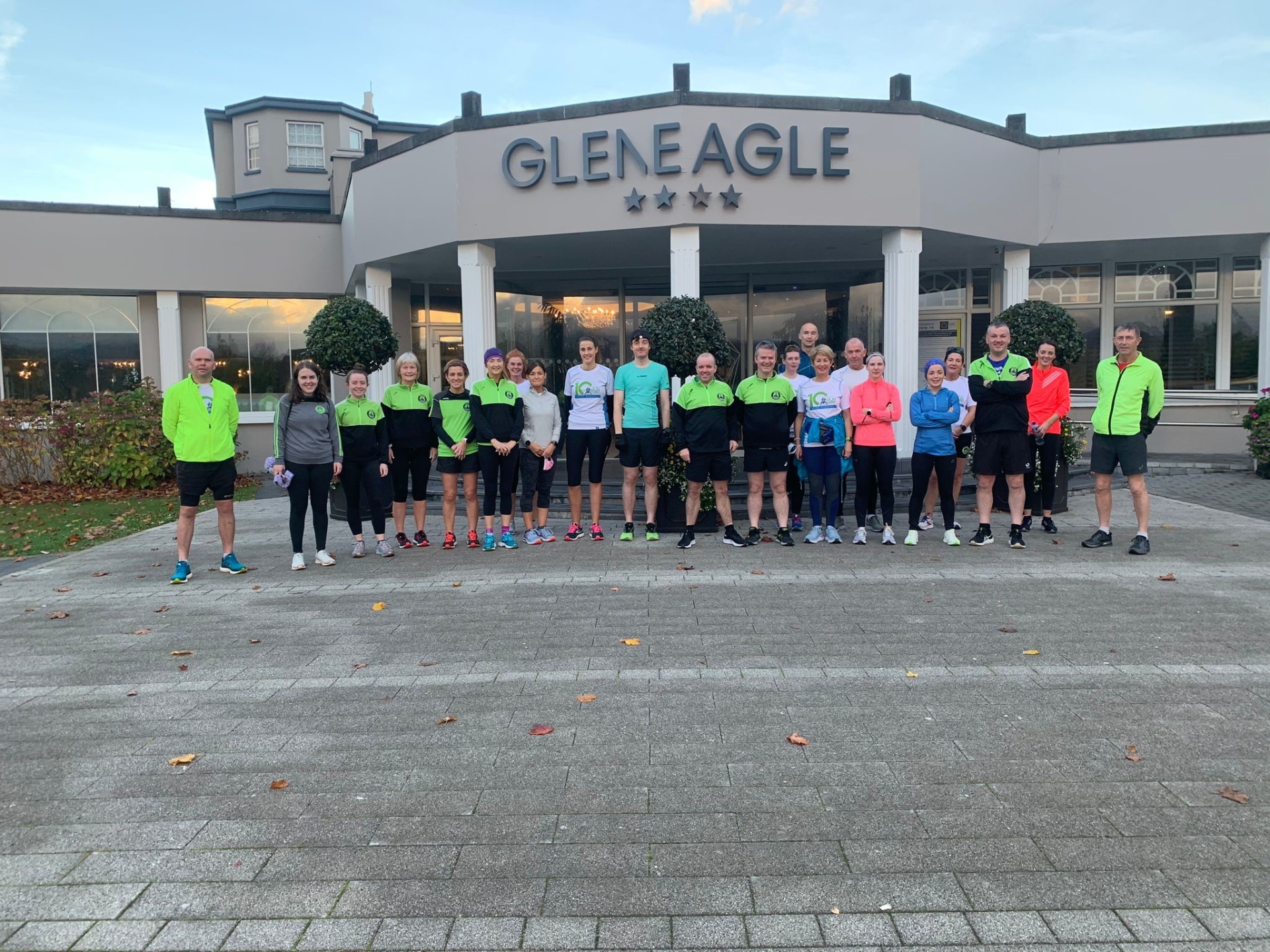 Tafelta runners at the Gleneagle Hotel.

The 10k runners ran as far as the Nature reserve before turning as well to finish at the Gleneagle Hotel.

The course has some of the nicest scenery in Ireland as it makes its way through Killarney National Park. Conditions were perfect on Saturday morning for racing as it was dry and mild.

For Christopher, Shauna, and Jane they all made their Half Marathon debut. Assumpta took a brilliant 2 minutes 32 seconds off her previous time. 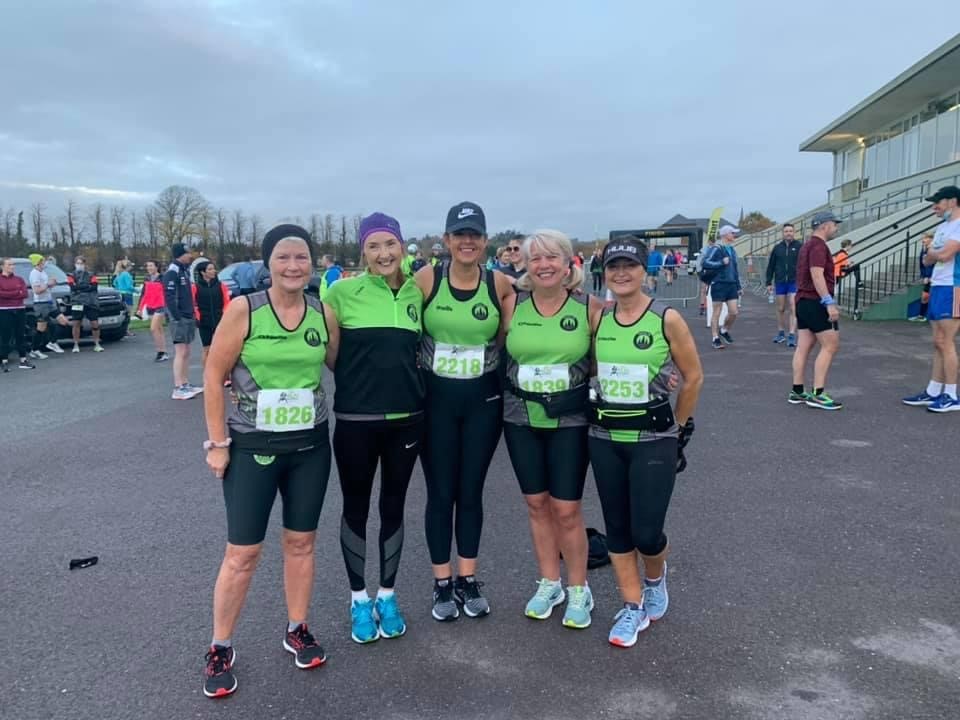 A great achievement for Ryan who was placed 15th overall in the Half Marathon! Well done to everyone who took part in both races. A big thank you to the Tafelta members who came down to support everyone along the race route.

A massive thanks to the organisers of Run Killarney for hosting such a fantastic race and great hospitality. 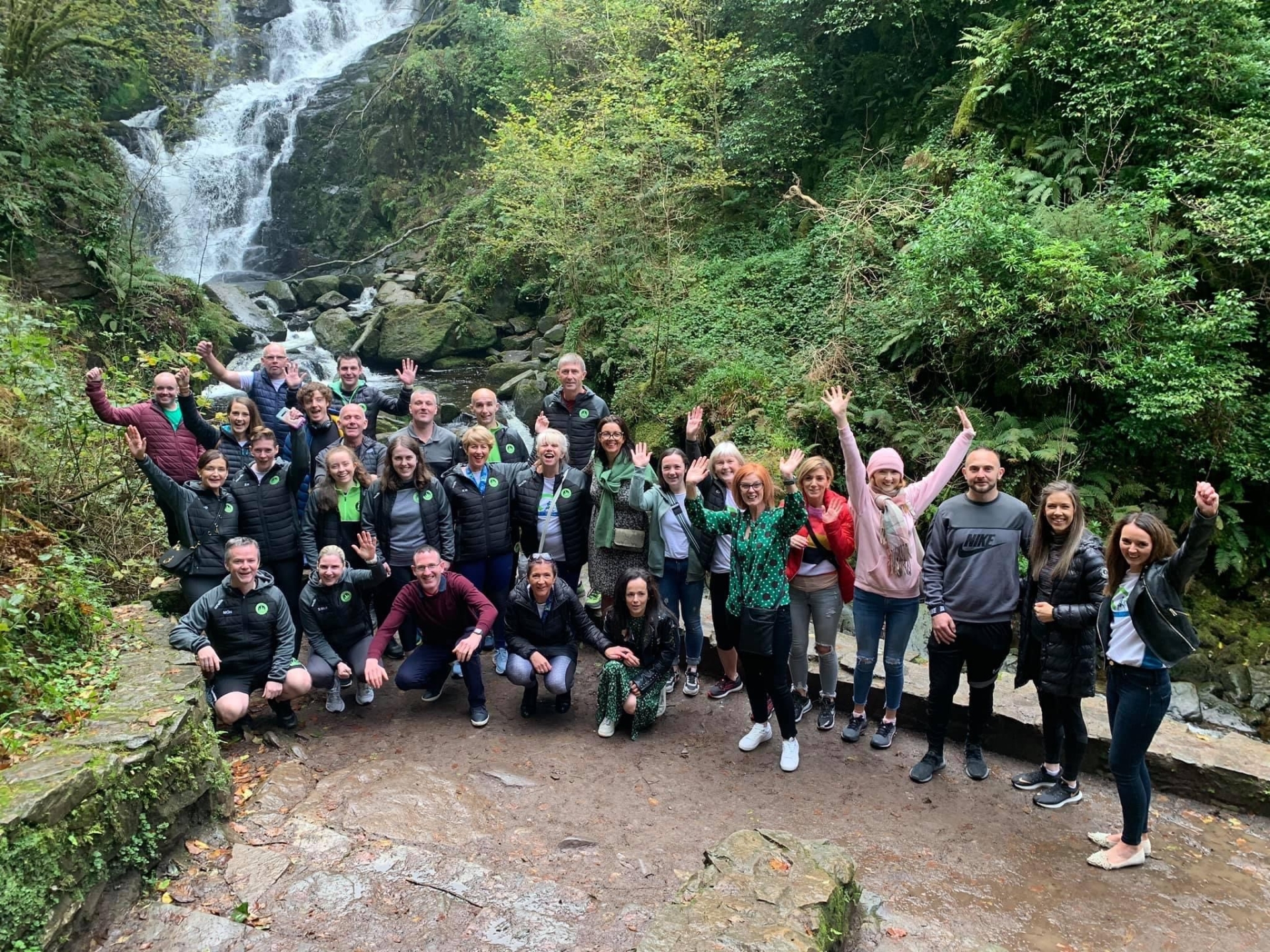 Everyone enjoyed taking in the sights of Killarney after Saturdays race. We visited Torc Waterfall, Ross Castle, Lakes of Killarney, Kate Kearney’s Cottage, and the Gap of Dunloe.

A big thank you to Jimmy from J&K Coaches for drivin g us this weekend. The Gleneagle Hotel was our base for the weekend.

The hospitality and service provided by the hotel was second to none as usual! A big thank you to the Gleneagle for looking after us. A brilliant weekend was had by all, and we look forward to doing it all again in 2022!