Brian Donaghey to lead Institute out for the first time today

'Stute host Dundela at the Brandywell 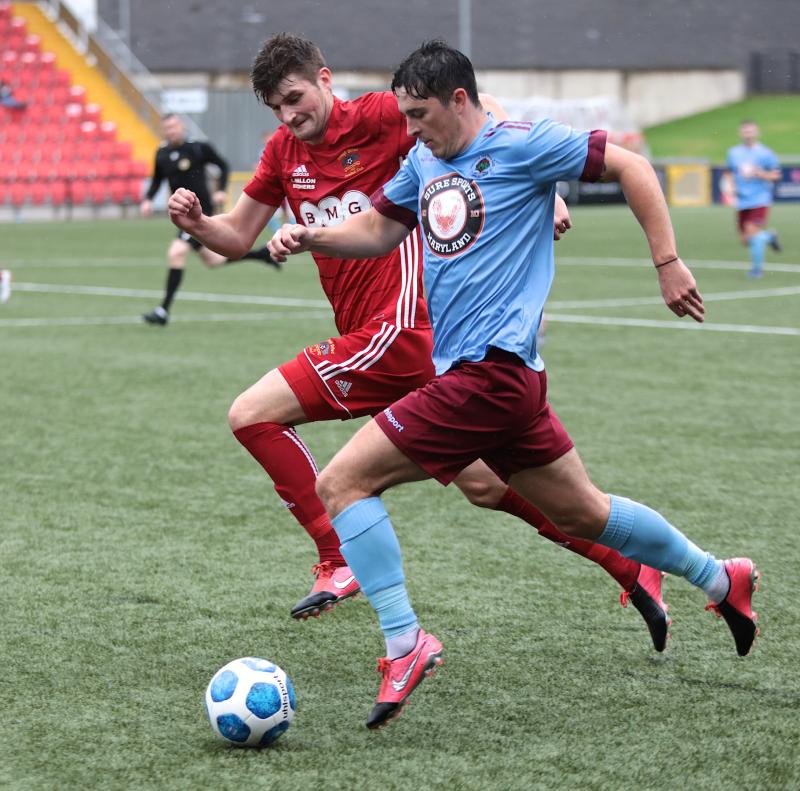 Institute will face Dundela at the Brandywell today.

Brian Donaghey will lead Institute for the first time for today’s game against Dundela at the Brandywell. Kick off 3pm.

Donaghey knows Institute inside and out, having worked with former managers Paul Kee and Paddy McLaughlin, but is now taking the reins for the first time, as ‘Stute attempt to build some momentum after a very poor start to the season, which brought four successive defeats and the departure of manager Sean Connor.

‘Stute won at Loughgall last week to get their first points on the board, and Donaghey is excited about working with a very young squad.

“I’m going in with my eyes wide open, but I’m looking forward to working with the players and getting the best out of them, that’s what I’ve done most of my career, and I take satisfaction from seeing people develop in the right way. It’s limitless what you can achieve when you have people buying in what you want to do.”

‘Stute added three new players to the squad this week – goalkeeper John Connelly, midfielder Jamie Dunne and defender Joel Bradley Walsh and with Donaghey returning from holidays to take on his new role, it would be fair to say that the hard work starts now.

“Everybody can improve,” the new manager said.

“These are young, hungry players, but even the most experienced player can learn. I’m still learning every day. Once you stop learning, that’s when you stand still and everyone catches up with you.

“It won’t happen overnight. I have certain philosophies in the way I like my teams to play, but that comes with a lot of hard work, lots of hours on the training pitch and getting people to buy in. They seem to be a really responsive group and it’s full credit to Gary (Forth), Eddie (Seydak), and Mark (Scoltock), who have been looking after them the last couple of weeks. The improvement in the last two games has been huge.

“I just want the players to be as good as they can be and everybody will be given a fair crack at it. Some people may fall by the wayside in this process, but I hope not. I hope they stick with me and they trust me.”

Donaghey also had a word of consolation for his predecessor, who he believes, did a good job in dire circumstances.

“I have full respect for Sean Connor who did a remarkable job,” he stated. “I felt the stress of covid whilst I was at Cliftonville. Institute were put out of football, but we were lucky to be at least playing in the Premiership.
“Sean assembled a good squad, but results were probably not what Sean wanted. Fair play to him and the rest of the staff for going through what they did, because I don’t think I could have done it. I could feel Sean’s pain, and I could see that he was hurting, but I don’t think any blame can be placed on is shoulders, I really don’t.”