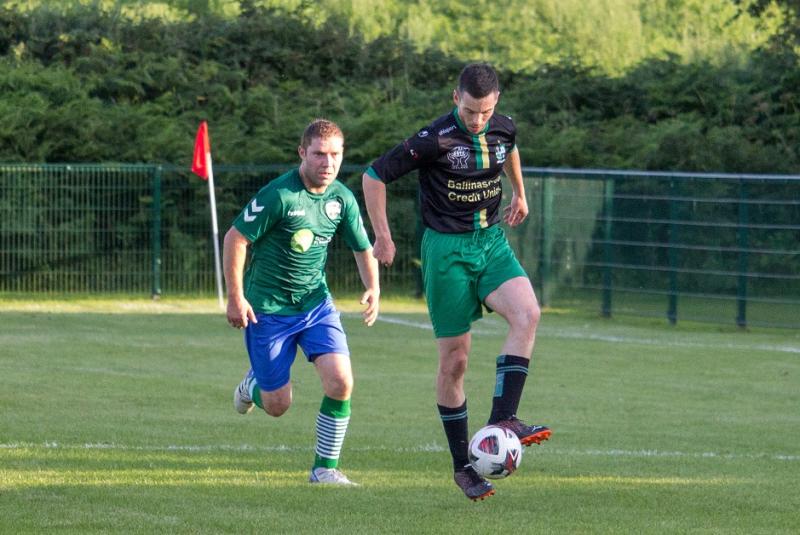 Draperstown Celtic continued their rich run of form with another six goals in their midweek clash with Sperrin Athletic in Tobermore.

The match was preceded by an impeccably observed minutes silence for the mother of referee Darren Watt who passed away recently.

DC were on the attack early with McGovern intercepting a back pass and attempting to lob the goalkeeper without success.

They did however take an early lead, on the fifth minute when Hegarty found McGovern who squared it into the six-yard box for O'Kane to tap home. Grant had a good chance moments later but on the ninth minute, Sperrin hit back, drawing level with only their second attack. 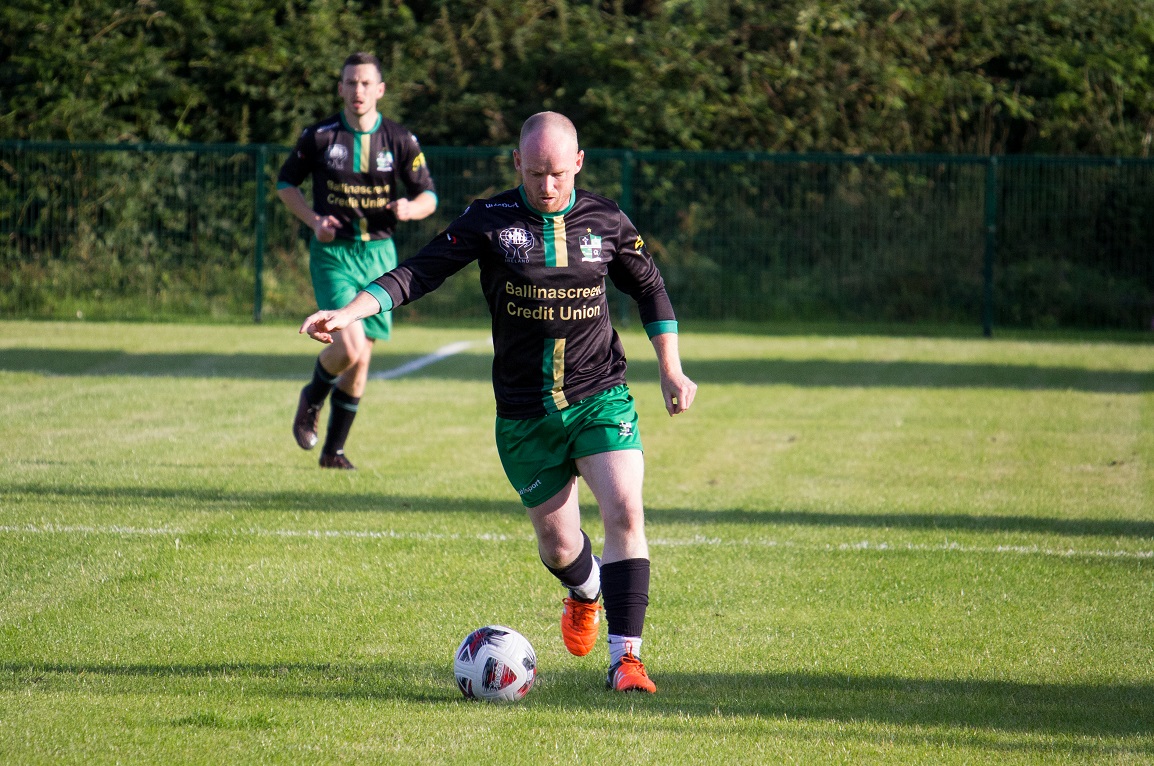 O'Kane almost got Celtic back ahead when the 'keeper spilled a McGovern header in the box, but his effort was scrambled off the line, with the keeper then denying Grant from a corner.

The midfield fought for every ball and kept DC pushing forward with the Sperrin keeper collecting a few crosses well. Barry Grant forced the 'keeper into a fine save on the half hour with his effort from range and peacock eventually got an effort from the resulting corner but it was straight at the 'keeper.

Sperrin struggled to get out but when they eventually did, they took the lead, very much against the run of play, just before the half hour mark when a defensive mistake gifted them a goal.

Irwin was next to be denied for DC when he met a corner full force with his head but the keeper saved comfortably. Peacock was denied again from close range after getting on to the end of a fantastic cross from Grant. DC spent the rest of the half camped in the Sperrin half creating chances but couldn't find the finishing touch and the half ended 2-1 to Sperrin.

The second half continued as the first ended with DC pressing hard and it took just five minutes for the first chance, the away team thwarted by the crossbar from a corner. A corner a few minutes later lead to a DC penalty, the Sperrin man handling the ball, and McGovern cooly dispatched it to level the sides at 2-2. 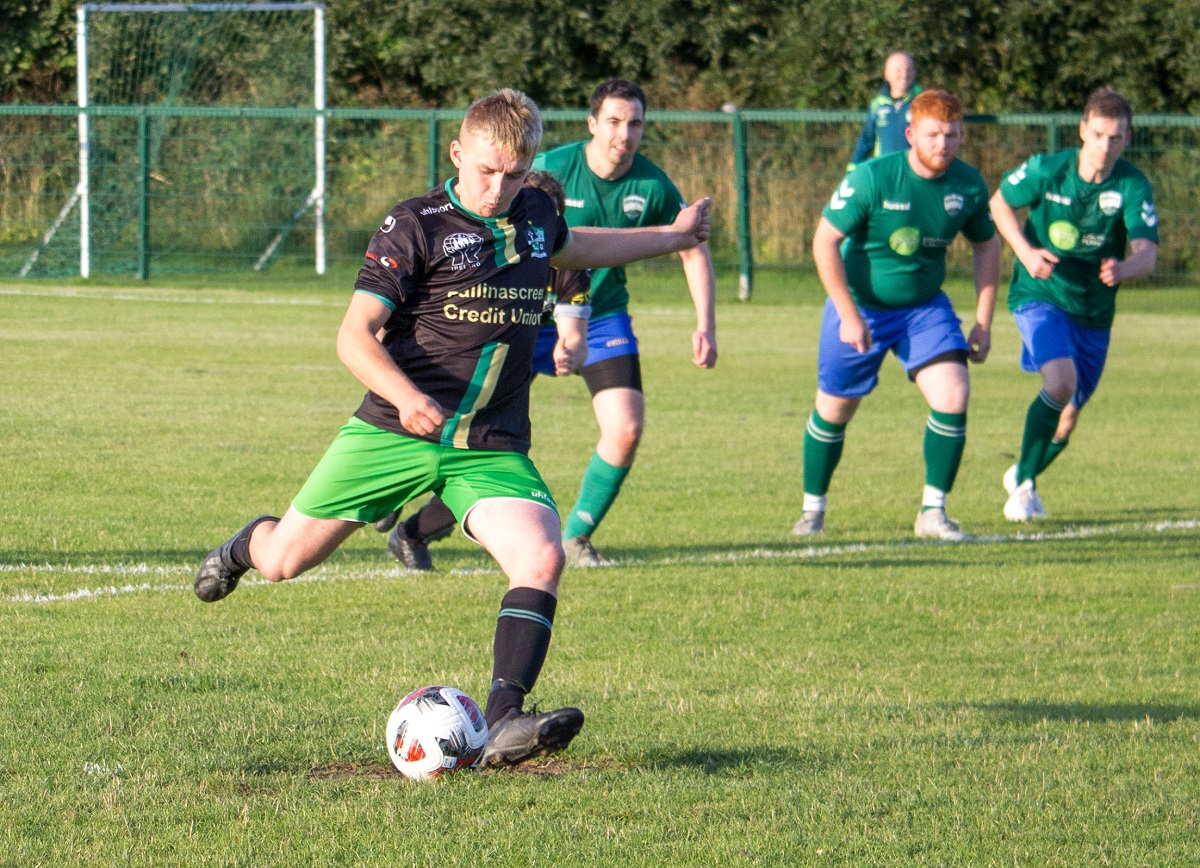 Conor McGovern scores from the spot.

The DC corner count continued to build, with Grant having a go at delivery next and again Irwin met it but this time he was wide. O'Kane got on to the end of a great ball from Hegarty but the Sperrin keeper raced off his line, spread himself well and blocked it. Seconds later Niall McGlade had an effort cleared off the line.

DC's pressing paid off when Irwin won a ball, played McGovern down the line and his cross eventually found McGlade who converted for 3-2. McGovern almost had another but his effort bounced off the post and back into the 'keeper's grasp.

On a rare foray forward, Sperrin forced a double corner, with Crozier collecting the second well. With legs tiring on both sides, space became more readily available and DC extended the lead when a McGuigan cross found McKee in the box and he had time to compose himself before roofing it for 4-2. 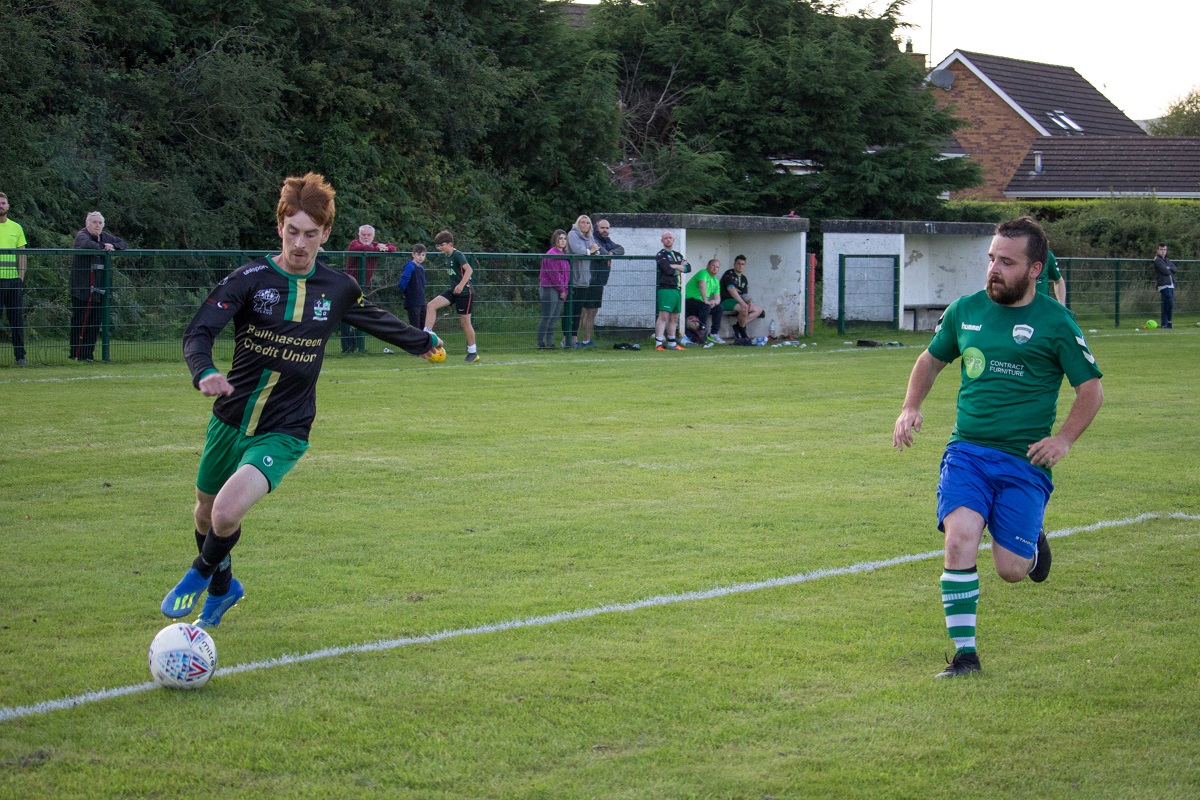 Substitute Damian McGlade made an impact.

Damian McGlade, just on, delivered a beautiful cross from the wing but it was just an inch too high for the waiting McGovern. Niall McGlade got his second and DC's fifth moments later. Another Damian McGlade cross found Steven Higgins on the penalty spot but he put it wide.

A Steven Higgins ball straight through the middle on the found McGovern who made it six with a well-timed shot past the oncoming 'keeper with 10 minutes to go.

A comfortable home win for DC
ADVERTISEMENT - CONTINUE READING BELOW