'The motto of the club is ‘On fire, but not perished’. That’s what it feels like.' 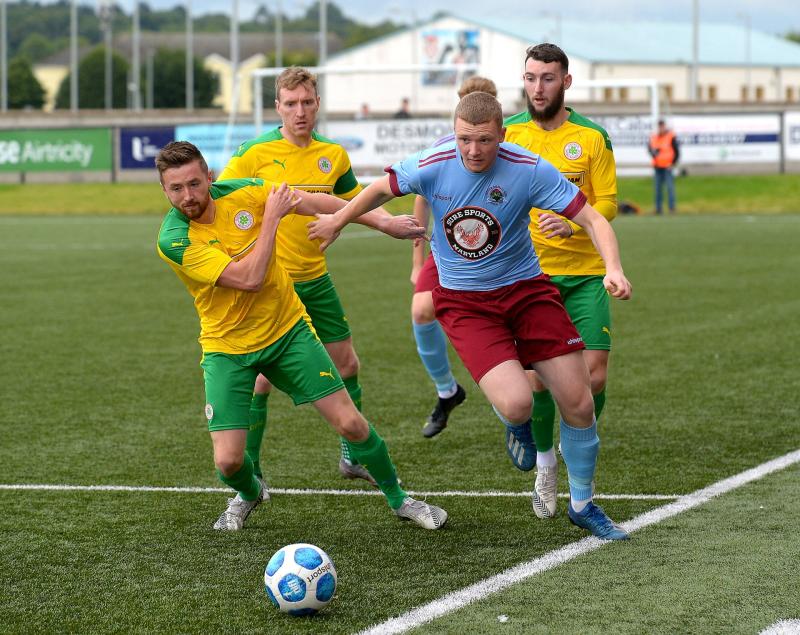 It’s not about the challenges you face, it’s about how you react to those challenges that defines you.

Those are the words of Institute Chairman Bill Anderson, who has been at the helm of a club that has faced some incredible setbacks over the last number of years.

By now everyone knows the plight of ‘Stute – who were left homeless after the floods of August 2017 destroyed the Riverside Stadium in Drumahoe. Wilton Park was a temporary base – a ground where they even won the Championship and promotion back to the Premier League – and from there it was the Ryan McBride Brandywell Stadium, where they have lodged ever since.

Lodged is the operative word – it isn’t home. There home lies in the Waterside are of the city, and it is to there that they hope to eventually return.

Those problems would be enough for any Chairman to handle, but throw in 18 months without football due to non-elite status and a relegation decided off the pitch, and it’s hard to see just how this club has survived.

Yet survive it has, and although Saturday’s league opener didn’t go the way anyone hoped – a 5-0 defeat at Dergview, they will play their first league game at the Brandywell tonight against Ballyclare Comrades. Institute has been bruised and beaten down, and there could be a few more proverbial bloody noses still to come, but they are still not out.

The fight back has begun.

“I don’t know if it’s unlucky or if it’s just fate, but we’ve certainly had our challenges since 2017,” Bill admits.  “We’re now in 2021 and those four years have been pretty difficult. The motto of our club is the burning bush and the Latin mottos is ‘On fire, but not perished’. That’s what it feels like.

“We’re a very resilient club with loyal players. Our boys haven’t kicked a football in 18 months and I think we’ve only lost two or three which is great for the cub. They have a sense that the club is trying its best for them, and they are trying their best for the club and that feels good.”

Whilst the Premier Division was bestowed elite status by the Irish Football Association and the NI government, those in the Championship and lower were unable to play competitively during the Covid-19 pandemic. It meant that ‘Stute were unable to play competitive football, and with lockdowns extended again and again, two pre-seasons went by without a ball being kicked and the entire 2020-201 season was eventually scrapped.

“Some Championships clubs were probably in a slightly better position than others,” Bill continues. “I know that when it came to the Irish Cup we couldn’t really consider bringing the boys back in for six weeks training to play one game, and even if we had got through to the next round it would have been difficult to do, so we decided to keep them on furlough at that point which meant that we could give them some money.

“At Christmas time, we had to stop training because it was clear that the season wasn’t going to start again and we had no elite status and that was a big bug bear of all the Championship clubs.” 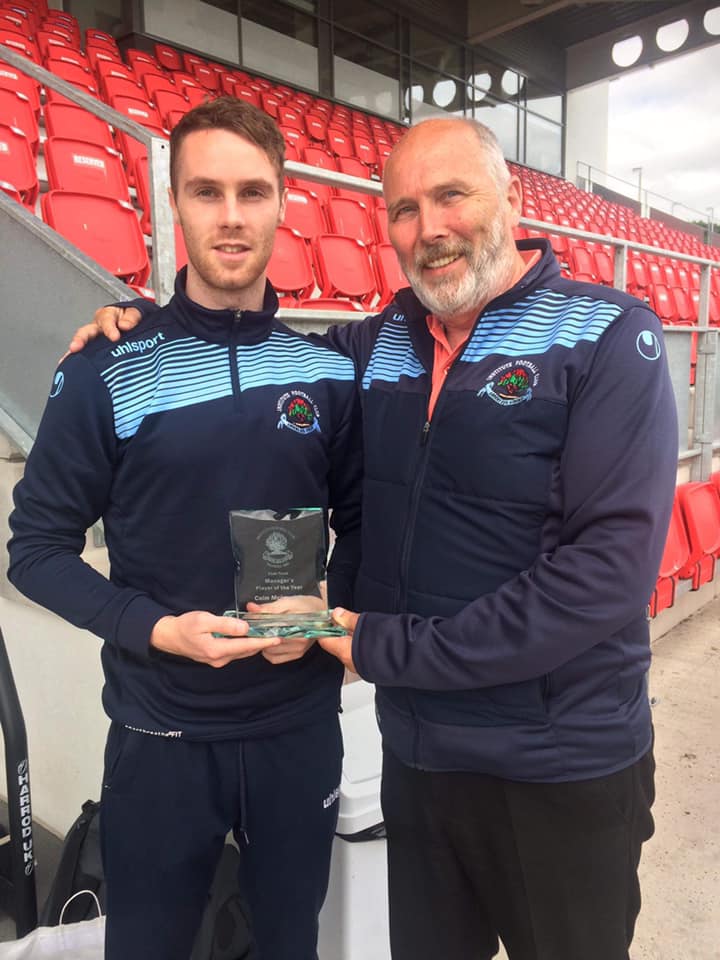 Keeping the club alive during such unprecedented times became a real struggle.

“The Championship clubs bring in their revenue through three main routes; one is gate money, and obviously we haven’t been playing football so we haven’t had any gate money,” Bill explains. “The other is groundside sponsorship, and we play at the Brandywell and unfortunately all the boards around here are Derry City boards. At the Riverside we would have had all our own boards and sponsorship coming in through that. That hasn’t been possible.

“A social club is another good way to bring in money. Of course, since the ground at Drumahoe was destroyed, we haven’t really had a social base.

“Our income streams have been decimated so really we have been surviving on very little, but we’ve done our best, we’re still here, we’re still going and we hope that the fans will come out and support us this year. That’s a really important thing, especially when it’s going to be £8 and £5 in to see ‘Stute this year which is really good value for money I think, and the more fans we can get in, the better it will be and I think will ensure that the club survives, at least until we’re at a point where we can have our own base.”

There have been some incredible moments at the Brandywell – the ‘Stute-alona’ tag of Paddy McLaughlin’s team in 2019 stands out, but home is where the heart is and the heart of Institute lies in the Waterside. There have been insurance issues with the Riverside Stadium and questions of where a suitable base will be, but the desire to return remains strong.

“The Brandywell has been great for us,” Bill acknowledged. “There’s no doubt that the people at the Brandywell have been fabulous and the people have been supportive, but it’s not your own base, and therefore you can’t develop in the way that you want to develop. We have to be out of here at 5:30pm-6pm on a Saturday, so there’s no real social engagement, so we have to work on that, but it’ll come.

“Our discussions are still ongoing with the Council and the DSC about the possibility of relocating to the Waterside and hopefully that all goes according to plan. Maybe two years down the line we will be back playing on our home ground, but that’s a slow process, and in the meantime we have got to get on doing the job that we have to do, at the home that we’ve currently got.

“It breaks my heart every time I drive past the Riverside Stadium. A lot of people put a lot of years and a lot of sweat into making that wee ground a good wee ground, and a ground that clubs loved coming to. It got support from Sport NI to develop it to Premiership standard and to see it in the state that it’s in now, it is heartbreaking.”

Saturday’s game with Dergview was a disastrous start for ‘Stute, but they have a chance to respond quickly with tonight’s game. Respond is what this club does. One setback doesn’t define a season.

Bill for one doesn’t dwell on the past.

“We have got a game to play and we need to focus on what we have got to do this year,” he adds. “If we can get back up to the Premiership at the end of this year – what a story. If that doesn’t happen, we’re going to give it our best shot.

“Most Championship clubs don’t really know where they are at the start of this season; they haven’t kicked a ball either in the last 18 months, so it will be a wee bit of a lottery I would say for the first six weeks or so, until people start to find out where they are, and the we’ll see I think, an interesting battle for the next 30 weeks or so.” 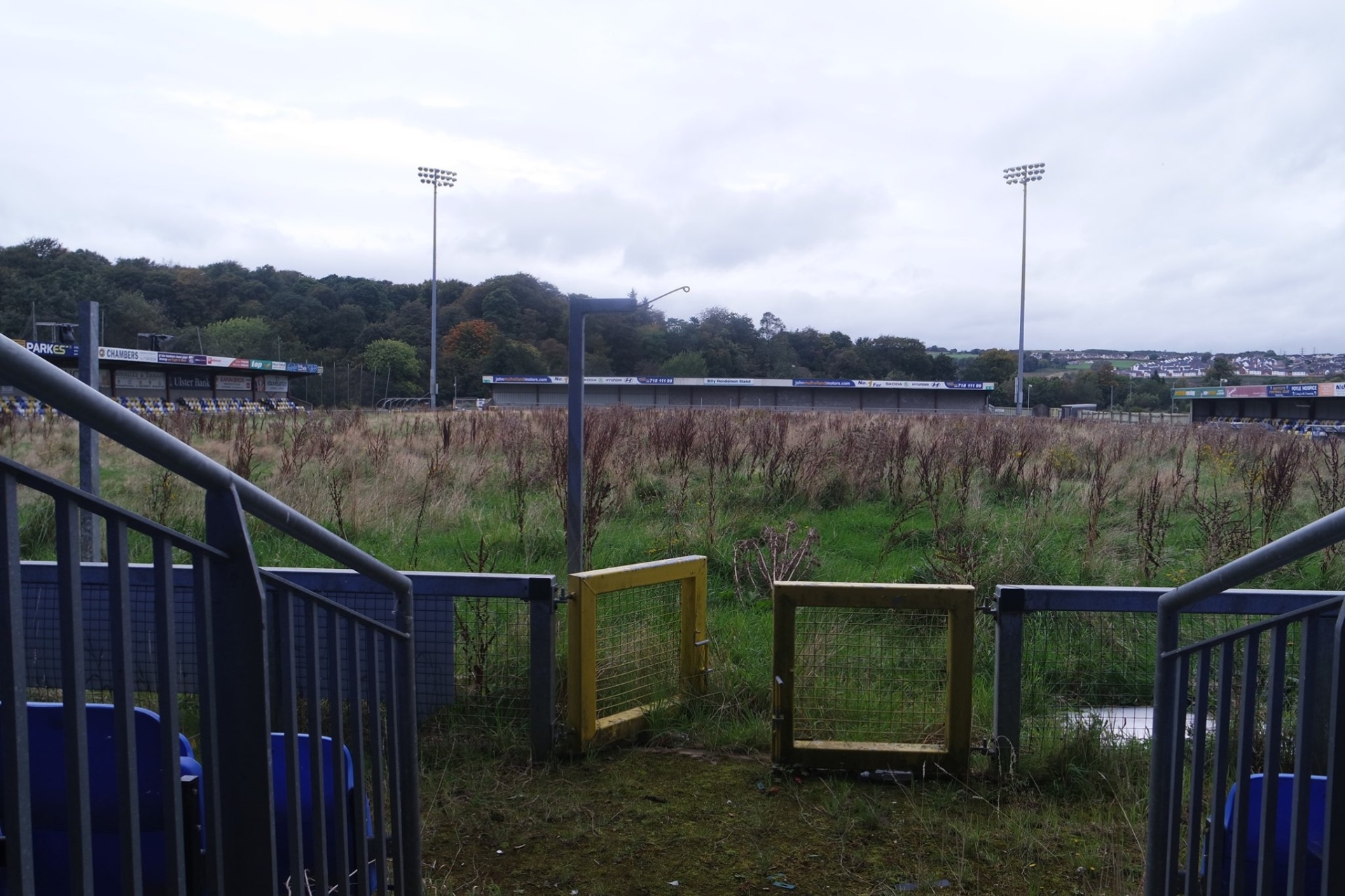 Sean Connor and his young team will take each game as it comes and lessons will be learned, but all of that is on the pitch. Off it, the club is in strong and determined hands. The club will rise again.

“Life brings challenges and it’s not the challenges themselves, but it’s how you react to the challenges,” Bill concludes. “People in this town have suffered drastically because of covid in the last 18 months and I’m sure than every family and every team has had their challenges. It’s how you react and get past that challenge, and how you move on and how you make the dreams of those young people playing in our team come true, by giving them the opportunity because there are some lads out there playing at 18 years of age, and they have their aspirations and dreams, and we want to keep that going.”