Kilrea power to victory over 'Dawson

James Kielt led the charge for the Pearse's. 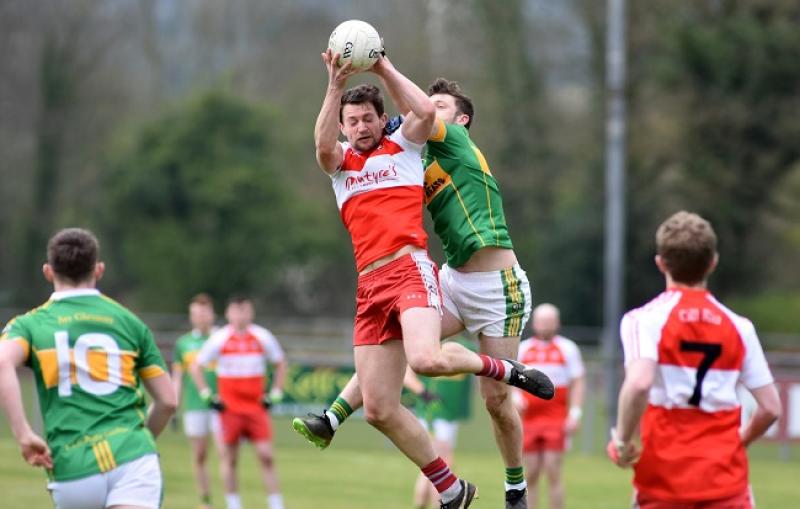 Kilrea bounced back from defeat against neighbours Glenullin with a comprehensive away victory over Castledawson on Saturday.

The hosts started brightly, with points from Niall McNicholl (2) and Shea McKenna giving them an early lead, but James Kielt and Odhran McLarnon hit back for Kilrea.

After Pearse's had spurned a number of goal chances, Castledawson took advantage, with Cormac Mullan hitting the game's first goal on 17 minutes to give them a four-point lead.

A brace of Shea McKenna points saw the hosts edge further ahead, but Kilrea rallied with points from James Kielt (2), Niall Johnston and Odhran McLarnon to leave them 1-5 to 0-6 behind at the break.

The visitors took control from the restart, with points from James and Larry Kielt, before Paddy Quigg raced through to find the top corner on 36 minutes.

Cormac Mullan kept Castledawson in touch, but after Ruairidh Donaghy fisted to the net on 47 minutes, the visitors were well on their way to victory.

Kilrea added further points in the closing minutes of the game to extend the winning margin to thirteen, a win that leaves them in third spot.