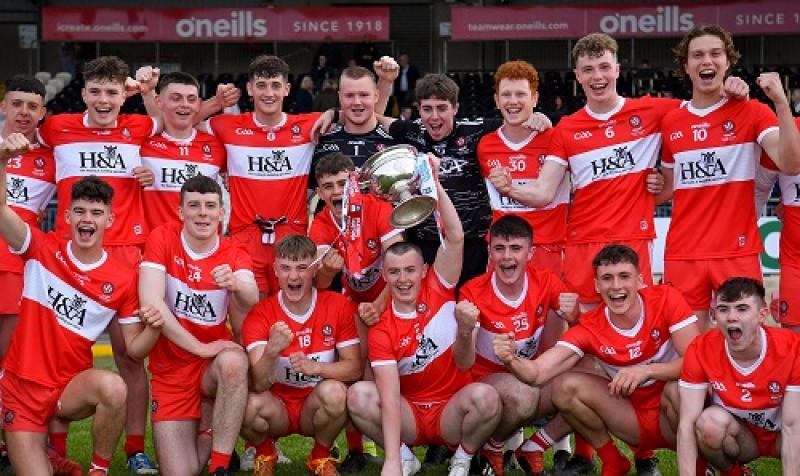 It's Sunday, March 25 2018 in Sligo's Markievicz Park. With 57 minutes gone, substitute Shane McGuigan scores his first ever senior goal. Derry are 2-10 to 1-9 ahead and odds on for the victory that would evade the unthinkable drop to Division Four.

The game unravelling in front of our eyes was like a pulsating rally on Wimbledon's centre court. Nothing is certain. The momentum was swinging with every second. Side to side. End to end.

The game evolves into a lottery and Sligo aren't finished yet, landing two goals like sucker punches and an inconsistent Derry are lying on the canvas. The final whistle signals a surreal feeling of emptiness. Derry are relegated and heading for the bottom rung of the ladder.

People still say Derry were too good to go down, but league tables are honest beings. The warning signals were there.

Being drawn against top dogs Tyrone (twice) and Donegal in the Ulster championship didn't give any chance of redemption. Nearly downing Mayo in the qualifiers in Castlebar was the only bright light.

This column penned an offering about Derry's decade of decline. While club, school and county minor teams were on an upward spiral, the county senior team was in free-fall.

The ever-turning Owenbeg revolving door had its input with players opting out of the panel at the rate that would stunt any growth. How do you build a team spirit, a game plan, a kick-out strategy or a level of fitness when knee deep in quicksand?

Slaughtneil's extended club championship seasons robbed Damian McErlain and Damian Barton of almost an entire defence. Brendan Rogers. Paul McNeill. Chrissy and Karl McKaigue. Throw in the missing Gareth McKinless and you soon see the absence of the current defensive spine. What team could survive this level of change?

The crux of my point was where Derry fell from. In 2008, Derry were NFL Division One champions and the U21s reached the Ulster Final.

Success in a range of ages, with the county senior team in a really strong position. Yet, within a decade Derry were in Division Four.

Derry's decade of decline brought frustration and apathy, things never too far below the surface in a county that sacked their manager a year after he had his hands clasped around Sam Maguire's lugs.

I remember watching the 2015 All-Ireland qualifier in a local pub and witnessing someone openly cheering for Galway.

Less than 24 hours later, Derry won the first of three minor titles in six years as the shoot of the current revival broke through the soil.

The ten years that saw Derry fall to the lowest ebb should always be used as a sobering reminder. Especially now, as all the pieces of the puzzle are within reaching distance. The Anglo Celt Cup has to be the focus in the county now.

Bellaghy and Lavey minors won Ulster after having their toughest battles within the Oakleaf County. Derry minors' appearing in a fifth Ulster final in six years is an indicator of an underage production line. Throw in St Patrick's Maghera and St Mary's Magherafelt getting their hands on the MacRory Cup.

On top of that, Derry senior team swatted everything before it on the way to Division Two and had Donegal on the seat of their pants in fortress Ballybofey.

Thankfully, three seasons after playing in Division Four the county is in a healthy state. The naysayers will say it shouldn't have been there. And they're right. But that's in the past.

The next challenge is to get the current minors, and those to follow, onto a pathway towards senior football. When I think of Lee Moore, he was among the best forwards in the land at minor level.  A ball winner.  Confident.  A championship man. As Niall Conway always told him, he'd cut across and take the defender's ground.

By hook or by crook, Moore should've been taken on board as the long-term successor to Paddy Bradley as the county's leading marksman. 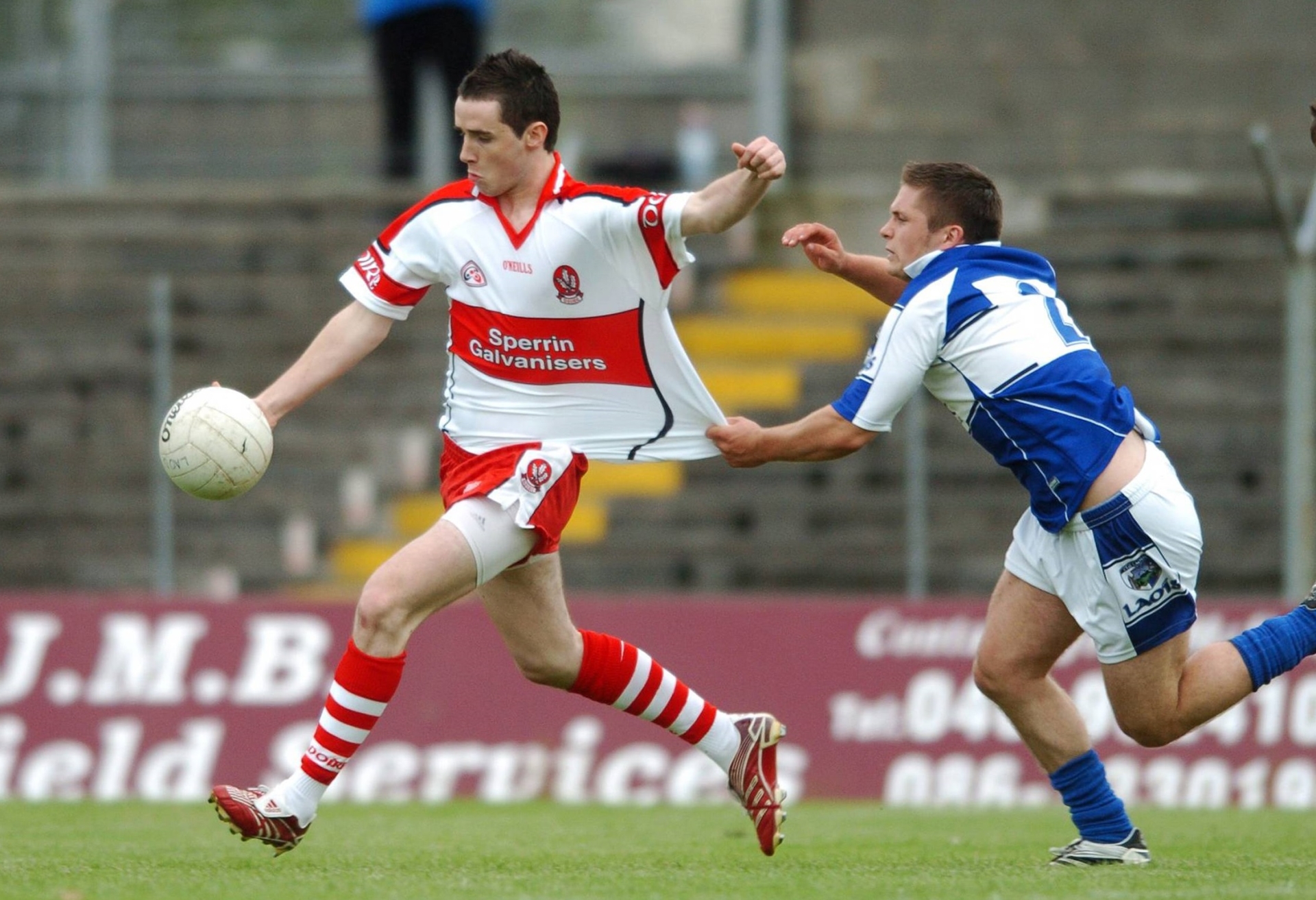 The fact he was from an intermediate club is irrelevant. Look now at Lachlan Murray. He battered Meath to pieces on Saturday. Unless Desertmartin retain their junior title, he is going to be playing Division Two football week in week out next season. There are almost two divisions within it already and Doire Colmcille have conceded two games.

Players like Lachlan Murray cannot be allowed to drift away. This is why the Derry U20 team over the next two or three years is so important. There needs to be a thorough planning process put in place, evaluating how to get the promising underage talent on a pathway to inter-county senior level.

On the club front, the CCC need to give serious consideration to either divisional teams in the senior championship or entering a team in the All-Ireland like they do in Kerry. It was good enough to help the Killian Spillanes of this world to bridge that gap.  Everybody's pathway is different.

Some might turn up their nose and say it won't work.  You can't keep doing the same thing and expecting different results. The minor to senior progression is a must. It has been Derry's broken link.

I remember chatting to Donegal selector Maxi Curran in the weeks after Donegal minors exited the 2012 Ulster championship. Ryan McHugh was brought into the senior panel and put on a strength and conditioning programme. Not for the 2012 season or even the following year, but so that he'd be ready for a lifetime career when called upon.

That's the long-term planning and reading between the lines of my chat with Rory Gallagher ahead of last Sunday's clash, that's where Derry need to go.

Yes, it will cost money to have this type of plan in place with bigger panels, but the county is now debt free and with the wheels of player development beginning to turn with regularity, this is the missing link.

Alongside it, is the split season concept. It's not perfect, but is it the best thing the GAA have to serve the 98 percent of players who aren't on county squads. It leaves players able to concentrate on one or the other.  Maybe give back on promotion/relegation spot instead of two.  Clubs are going to have to accept it, knowing that when their time to shine comes, they will have a full hand.

Slaughtneil have been preparing without 16 inter-county senior players. Other clubs would be missing half a dozen between senior and U20 football. It's far from ideal, but is the sort of compromise that just has to happen to give a county team space to prepare.

The problem is the scenario like we had this year where Patrick Kearney, Danny Tallon and Ruairi Mooney didn't get football of any description, club our county. Eventually they made the decision to pull out of the county panel.

As this column has said before, there should be a case made, in all counties, for players not getting regular games with the county to be available to their clubs. It's a hard situation to manage because the county rightly comes first during the county window. If some sort of an arrangement could be arrived at, it would be priceless in terms of keeping everyone on board, or next year it will be different players caught between both stools.

Thankfully, these are the types of tweaks Derry are looking at now that the heavy lifting has been done in terms of creating a mindset and an environment that will hopefully see the senior team knocking on the door of Ulster finals again.

The journey home from Sligo three years ago and those lonely thoughts seem like an eternity away, replaced by a realisation of needing to keep hammering at the door. Beating away at it until someone just has to let you in. Derry gave it a brave thumping on Sunday.

If Rodney Gallagher is nosing his big yellow bus, through the throngs of people, up Clones street every July that'll be immense progress.

You never know, the 'Galway supporter' I encountered in 2015, might even be beating the side of it as it swings right at the Creighton Hotel, with a weather beaten straw hat to fend off the unrelenting sun. “Hon Derry the boy ye,” he might holler.

When the bandwagon supporters are with you, it's a sign you've arrived.