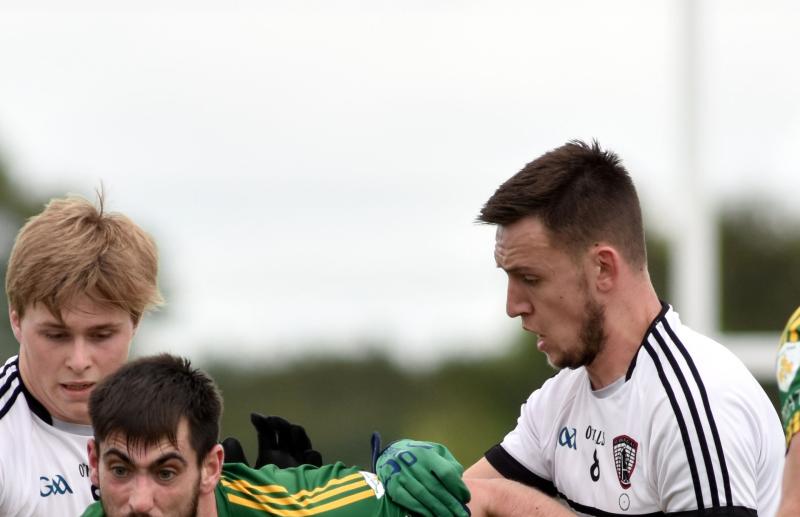 A block from defender Brian Ludlow saw Castledawson pick up their first points of the season against Steelstown at the Broagh.

Despite the fact that both sides have been ravaged with injuries, it was a great game of football. A high scoring first half saw the 'Dawson lead the whole way through, with Conor Scullion find the net.

The visitors hit back before the break with two goals from Eamonn Donnelly, but the 'Dawson kept their noses in front 1-8 to 2-4.

The second half was an open game and went end to end leaving the spectators enthralled. Steelstown went two up at one stage, but Dawson held on and clawed their way back before Rian Connery converted a '45' to put them ahead in the closing stages.

Both teams can be relatively happy with their performances and be grateful of the well needed break next weekend to gather the groups up again.