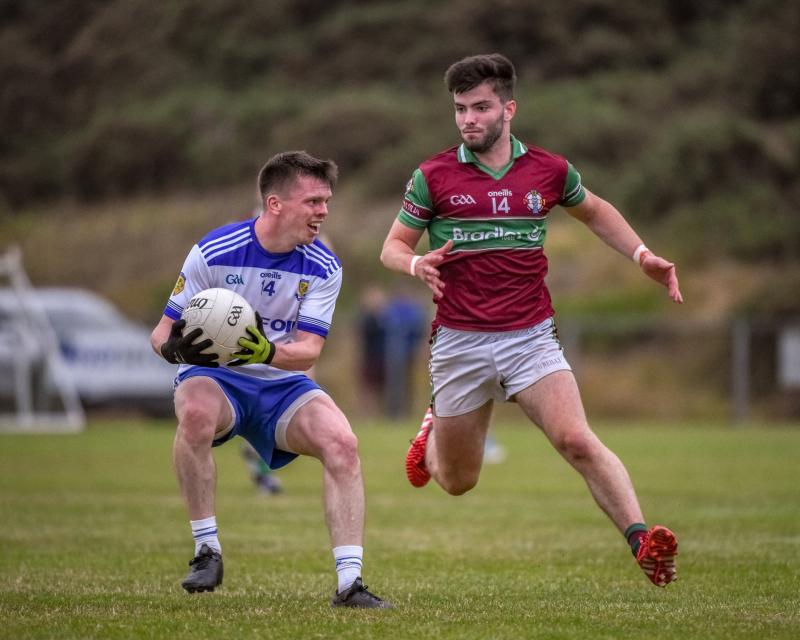 A late Matt Quinn goal ensured Ballinderry came away from Portstewart with a share of the spoils after Coleraine looked set to record their sixth win in a row last Thursday evening.

Just one point separated the sides after a tight first quarter, with Coleraine 0-5 to 0-4 ahead at the first water break, but the visitors were to pounce on the restart.

Dara McKinless capitalised on hesitation in the Eoghan Rua defence to find the net, before the Shamrocks added a quickfire point to stretch their lead to three.

Coleraine rallied, and a clever Sean Leo McGoldrick free slipped in his brother Ciaran for a goal. The hosts then reeled off 0-3 without reply, before the sides traded points to leave Coleraine 1-9 to 1-6 ahead at half time.

The home side continued to turn the screw after the break, and a further four points left them well in control, but the introduction of Ryan Bell for the Shamrocks stemmed their flow.

Bell immediately won and tapped over a free. He then rattled the underside of the Coleraine crossbar before winning his side a penalty, which Dermot McGuckin dispatched to the net.

A further Bell point reduced the gap to the minimum at 1-13 to 2-9, but after two fine solo points from Lorcan McMullen, Coleraine looked to have edged it as the game entered injury time.

Late pressure from the visitors paid off though, and it was left to Matt Quinn to rifle the ball through a crowded penalty area into the corner of the net to ensure the points were shared on the north coast.

Ballinderry edge out Slaughtneil for their first win of the season

Eoghan Rua scored a single point in the second half