Eoghan Rua scored a single point in the second half 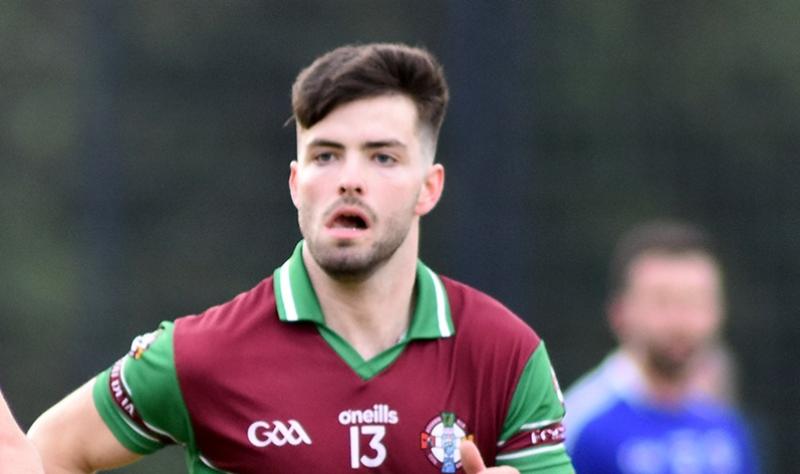 In the proverbial game of two halves, Coleraine, who only scored a point in the second-half, did enough in the first to eke out an away win at Ballinascreen.

After Noel Rafferty opened the scoring, it was a fifth minute Dara Mooney goal that helped the winners to a 1-5 to 0-3 lead at the first water break.

Ballinascreen goalkeeper Ryan Scullion (45), Aaron Bradley and Ryan Doyle were all on target for the home side in the first-half.

Eoghan Rua led 1-7 to 0-4 going into the last five minutes of the first half before Lorcan McMullen set up Ciaran McGoldrick for his first goal of the season before adding a point himself for a 2-8 to 0-4 lead at the break.

It was all 'Screen in the second-half. Carlus McWilliams kicked over a long range point from the left wing to open the half scoring, and added a second shortly after.

Coleraine kicked their only point of the half in the 48th minute. Ryan Doyle added another 'Screen point from a long range score before Carlus McWilliams hit the net with a long range free going in off the underside of the crossbar with four minutes remaining.

Conor McKenna added the final point a minute later, but Coleraine held on in a nervy finish for their fifth win on the trot.

All the 'Bridge scores came from play
ADVERTISEMENT - CONTINUE READING BELOW