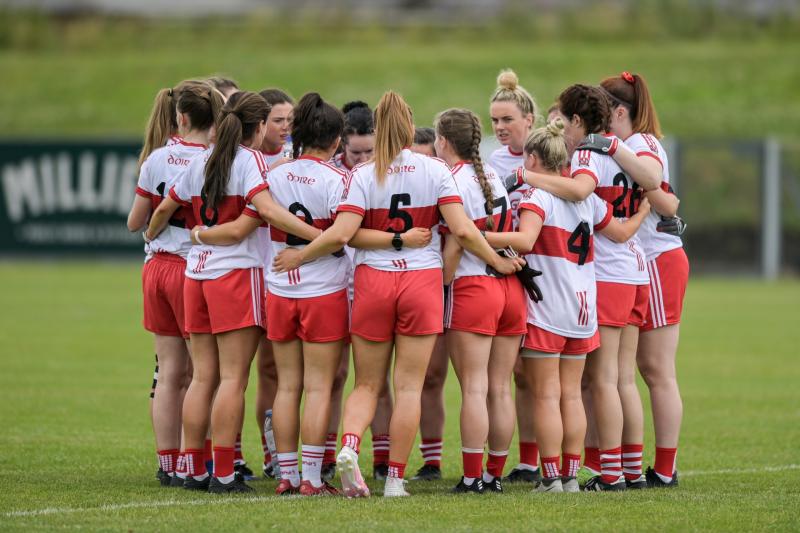 Derry Ladies got their first win of 2021 last Saturday against Antrim.

The 21-point defeat to Antrim in the Ulster final recently could well have been a blessing in disguise for Derry Ladies who responded in the best possible manner by picking up an All-Ireland victory last weekend.

No one saw it coming – three successive league defeats and that humbling defeat to the Saffrons in Ulster meant that Derry travelled to Belfast last Saturday with everyone expecting another loss. Last week Ciara McGurk said: “I don’t know what it is, but we always seem to do well in the All-Ireland’, and those proved prophetic words as Derry somehow defeated an opponent who held two victories and a 33-point advantage over them this year.

McGurk’s goal proved significant as Derry got their All-Ireland campaign off to a three-point win, and Emma Doherty, who chipped in with fur points herself, revealed that a clear the air meeting in Owenbeg after that Ulster shocker may have been the inspiration behind the 24-point swing between the teams.

“It was probably coming,” she says. “I feel that the earlier results didn’t reflect the work we had been doing at training and I think everything just clicked on Saturday and it was great to get the win obviously.

“The Tuesday night after the Ulster final we went to Owenbeg and we were supposed to training but it ended up just being a bit of a meeting and a bit of a chat between the girls and the management. We aired out a few issues and got them sorted and when we went back to training on the Thursday we had a new purpose and a new focus and I think that probably helped us a lot.”

Doherty, with a broken finger, missed the league games and has only recently returned to the squad, one of several key players missing which had an undoubted effect on the performances and results.

“In the league and in the lead up to the Ulster final we were plagued with injuries,” she explained. “We were really unfortunate as there were a lot of girls out injured. In the week of the Ulster final everything seemed to go wrong in training and on the day itself we were just so poor and we didn’t perform at all and I feel that Antrim were at their strongest. I think it was a combination of us being bad and them being good and that’s why it was such a heavy defeat.

“I would say they were confident last week, particularly as it had been such a big win for them. Maybe they thought they were coming to Belfast and they would get a handy enough win and get their All-Ireland campaign off to a good start.

“Even though it was the same team we put out in all the matches, I just think that chat we had and our mentality was just a bit different and I think that was the difference between the two teams on the day We were just a bit hungrier for it I think.” 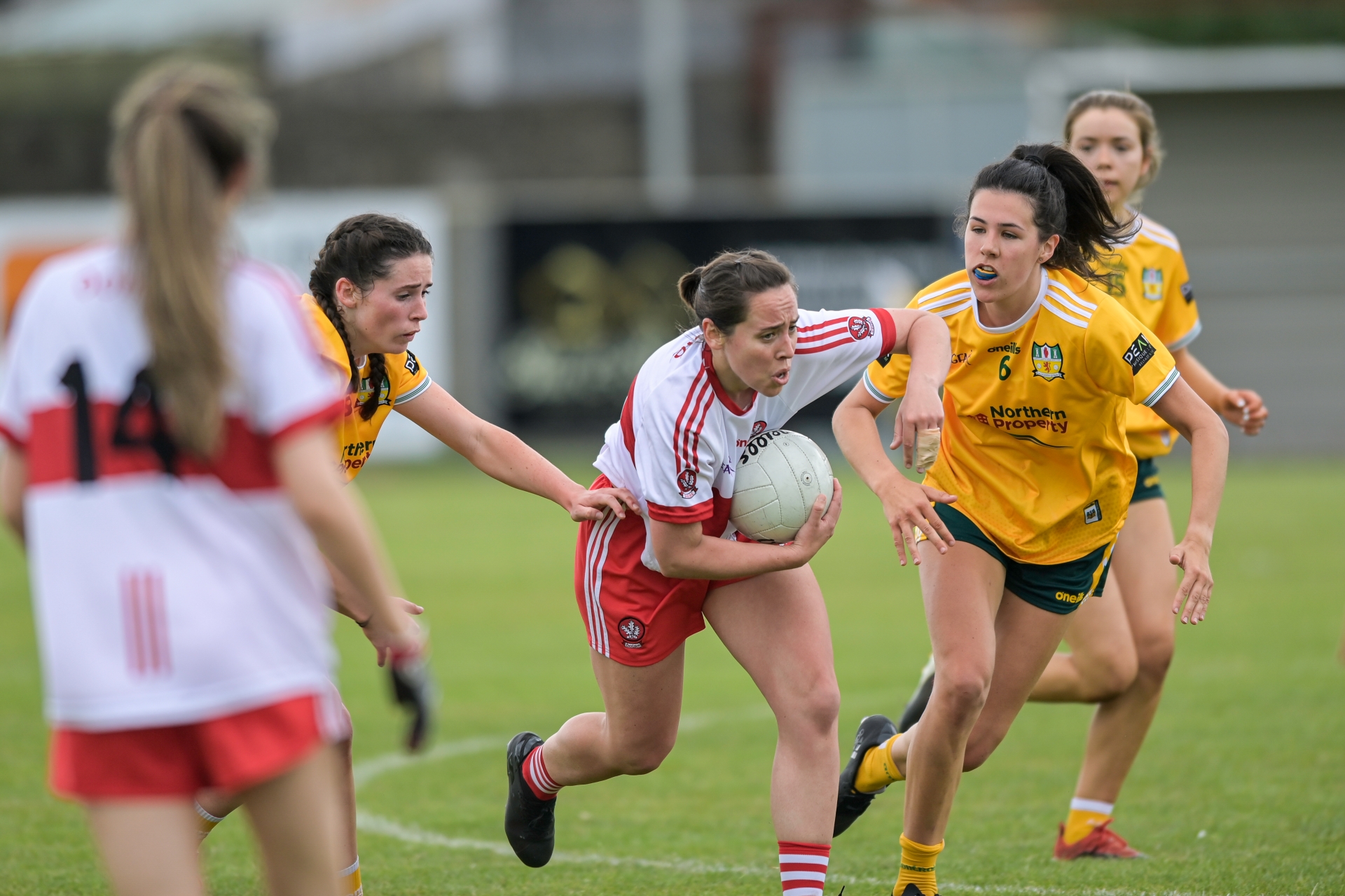 The Ladies are now set to travel to Kinnegad today to face a strong Limerick side knowing that another win will all but guarantee a semi-final place this year. All of a sudden, things look much brighter for a determined group of girls.

“Getting a win in the first round is a big confidence booster for us and leaves us going into the rest of the games with a bit more confidence,” Emma adds. “Even going into training there is more of a buzz about the place. I think the girls are really up for it and hopefully that will stand to us now in the remaining three matches.

“We will have to step it up again if we are going to get a result against Limerick. Limerick were the junior All-Ireland champions in 2018 and the majority of those girls are probably still playing. They will be very strong; physically Limerick were always a big team while we’re not really blessed with physicality in Derry, so we’ll just have to go there and put in a good performance and hopefully get a good result.”