Midfielder returning to Brandywell after six years away 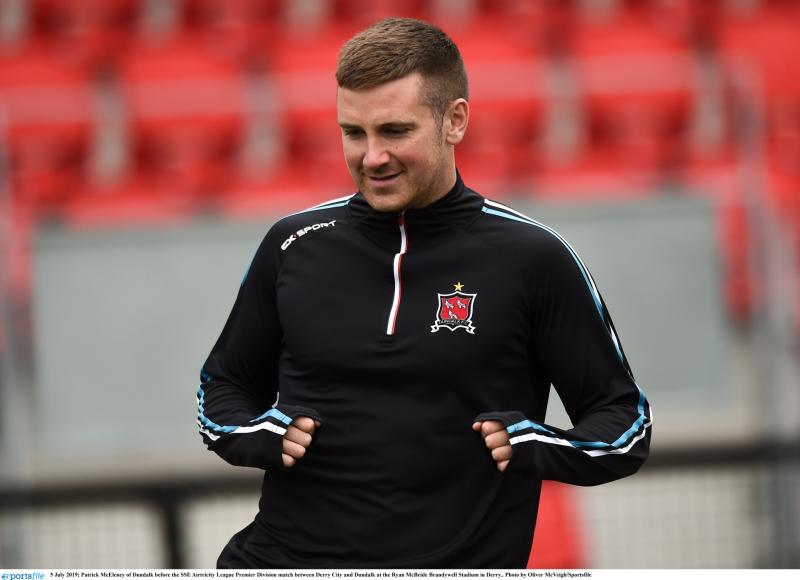 Patrick McEleney has agreed to return to Derry City

Patrick McEleney has agreed to return to Derry City, having signed a pre-contract with his home town club.

After weeks of rumours and speculation, the club has confirmed the news this evening which is sure to delight its supporters.

McEleney, one of the most talented midfielders of his generation, first started with Derry City back in 2010, and in his five years at the Brandywell, he won the First Division title, the League Cup and the FAI Cup. He departed for Dundalk in 2016 where he won 10 trophies under Stephen Kenny, Vinny Perth and Filippo Giovagnoli.

It is understood that McEleney's relationship with City boss Ruaidhri Higgins is key to the move, with both developing a close bond in over a decade together at Derry City and Dundalk combined.

"Derry City FC can confirm that Patrick McEleney has agreed a pre-contract at the club which will see the midfielder return home when his current deal at Dundalk expires.

"City have made enquiries to the Louth club about releasing McEleney in the current transfer window however no agreement on that has been reached as yet. Derry are keen however to put an end to ongoing speculation about the player’s future.

The 28-year old will sign with the Brandywell side until at least the end of the 2023 season and manager Ruaidhri Higgins was pleased that concrete plans were now in place."