FINALLY! It's a first home win of the season for Derry City

Teenager Evan McLaughlin sends City on their way to victory 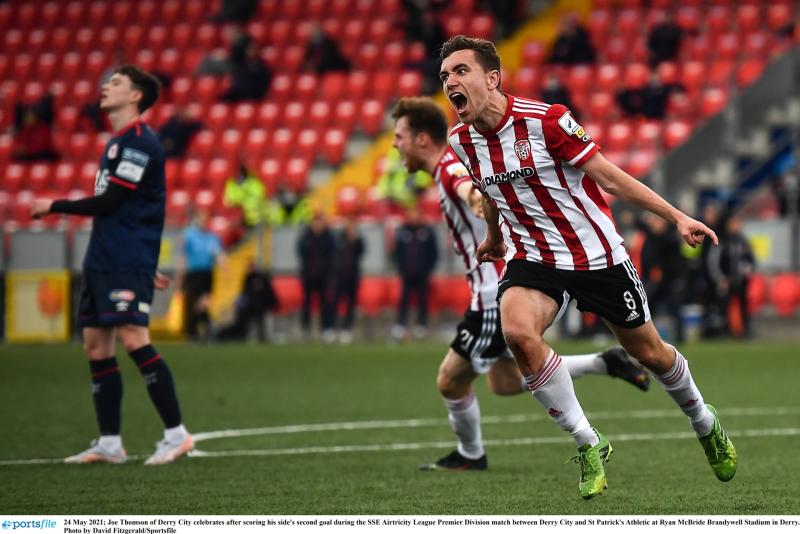 Teenager Evan McLaughlin scored on his debut as Derry City grabbed their first home win of the season at the expense of Waterford.

The youngster struck late in the first half, with Joe Thompson adding another early in the second half to give City a deserved win at home at the tenth time of asking.

City’s pressure eventually paid off three minutes before the break when Cameron McJannett spread play to the left wing where Lafferty took the ball in his stride and crossed into McLaughlin, who somehow managed to keep the ball under his control before his shot took a deflection past a surprised Murphy as it crept into the net.

City continued to control the game after the break and they doubled their lead on 52 minutes when Ronan Boyce fed Thomson into the area, who opted not to shoot on his right foot, instead turning onto his left and curling a brilliant effort past Murphy and into the top corner.

Waterford finally began to make a game of it with 15 minutes to go and twice in a matter of minutes they could have pulled a goal back when substitute Cian Cavanagh brought a save from Nathan Gartside, before Jack Stafford’s effort through a crowded area crashed against the post.

There was a real moment of controversy on 85 minutes when Waterford substitute Cian Kavanagh found himself through on goal only to be clearly hauled back by Eoin Toal. The Waterford players surrounded referee Paul McLaughlin asking for a red card, but he opted for a yellow and City’s captain remained on the pitch.

With that, Waterford’s hopes of a comeback disappeared.