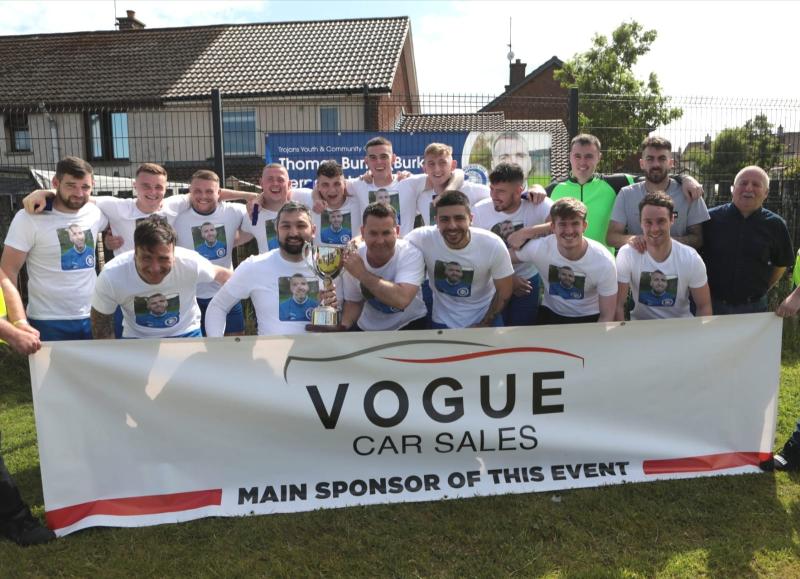 Colm McLaughlin struck three minutes into the second period of extra time to separate the sides at the end of a memorable final.

It was an emotional day all around with Thomas’ wife Bronagh, his children Adam and Aoife, parents Thomas and Linda and sister Rachel all in attendance.

Darren McFadden gave Don Boscos the lead early on before Gareth Harkin equalised for the Donegal side. Joe McCreadie then scored to send Boscos into the half time break 2-1 ahead.

The lead lasted just four minutes into the second half as Michael Doherty equalised, and that was enough to take it to extra time, with Boscos missing several chances to win it late on in normal time.

It was left to McLaughlin to win it for Boscos, with his header adjudged to have crossed the line despite protests from Bonagee.