“We’ve set a standard at Rovers and we have to maintain that." 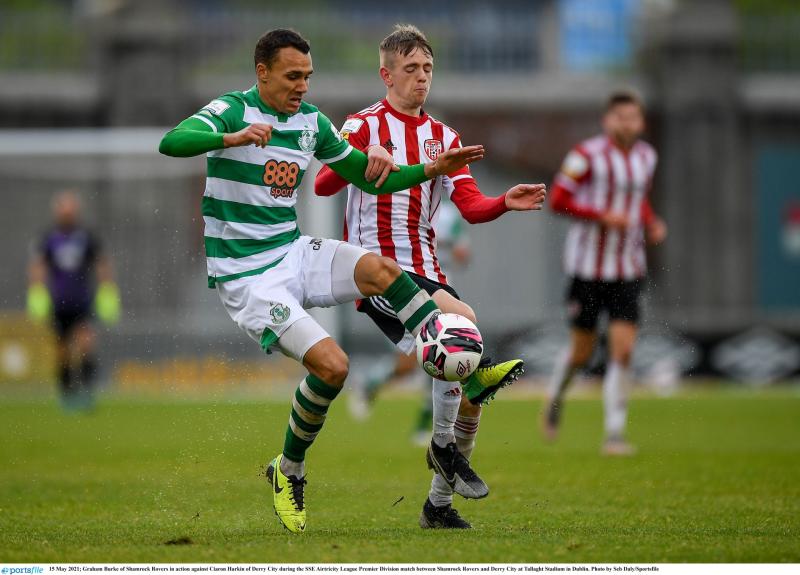 Derry City will be without the suspended duo of David Parkhouse and Danny Lafferty for this evening’s game at Waterford. Kick off 5:45pm.

Ruaidhri Higgins has had to plan without both players with both serving a one-game suspension with striker Parkhouse receiving his fifth yellow card at Shamrock Rovers last week, while Lafferty was sent off at Tallaght.

City’s away form has improved considerably in the short time with Higgins in charge, with City picking up seven points from Sligo Rovers, Bohemians and Rovers. They now face a Waterford side who have been badly affected by Covid-19 in recent weeks, playing a reserve side in a 7-0 drubbing against Drogheda United, before being unable to field against Sligo Rovers. Waterford are currently bottom of the Premier Division, but Higgins is expecting a stern challenge.

“They have had a good period of not playing any games so they will be well rested and they have had a lot of time to prepare for this game,” he said.

“They’ll be nice and fresh for this game and they will have had a lot of time to analyse us and analyse our strengths and weaknesses. There is a new manager coming in as well so you would expect a reaction from the players.”

City though are confident after holding the champions to a 1-1 draw last week, a game they could well have won but for a very controversial equaliser to stand.

“Our away form has been very, very good against three of the top teams in the country; we’ve taken seven points so it just shows that there are strong characters in this group and good players as well,” Higgins said.

“We’ve set a standard on Saturday and we have to maintain that. We have to follow up on the performance against Shamrock Rovers and back it up with another good performance.

Meanwhile, Derry City fans hoping to attend this Monday’s game against St. Patrick’s Athletic have been left disappointed. The club released a statement yesterday explaining that despite recent changes by the Northern Ireland Executive, it was still too soon to allow supporters back into the Brandywell.

“Based on the current high rates of covid-19 transmission in the city, the Medical Director at the PHA has recommended that supporters should not be permitted to attend at this time,” it read.

“In the interest of the health and safety of supporters, players and staff it has been agreed therefore that Monday night's match should remain behind closed doors.

“We will continue to discuss a way forward with the relevant public authorities and will keep supporters informed of progress.”

The club have also confirmed that Manchester City youngster Joe Hodge will not be returning to the club following an injury.