Higgins ready for a 'very special night' at the Brandywell

Candystripes hoping to make it three wins on the spin 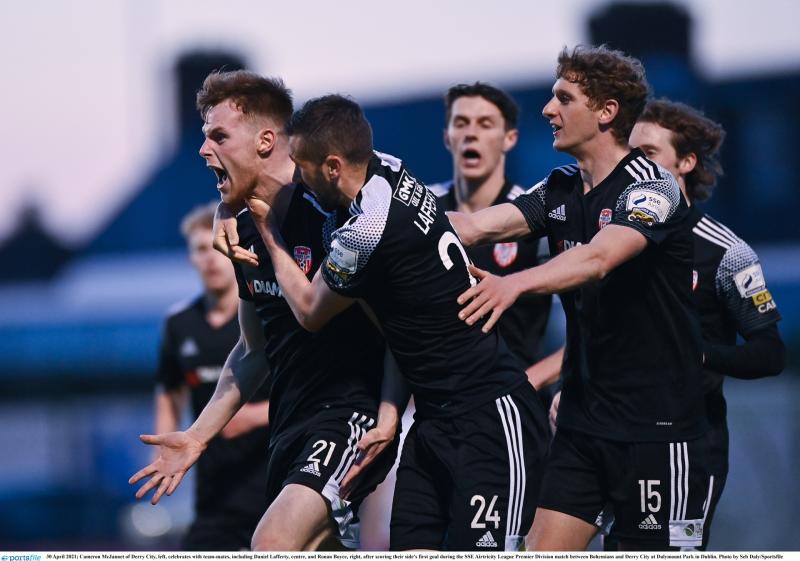 Ruaidhri Higgins is preparing for ‘a very special night’ as he prepares to lead Derry City out as manager at the Brandywell for the first time.

Higgins could not have wished for a better game to make his Brandywell debut as boss, with any game against Finn Harps always hugely anticipated by the club’s supporters. Nor could Higgins have asked for a better start to his time in charge, with City looking for a third win in just his 11th day since returning to the club.

Cameron McJannett’s double at Dalymount Park earned Derry City a 2-1 win against Bohemians, which, added to the 1-0 win at Sligo Rovers, has taken the Candystripes off the foot of the Premier Division for the first time this season. It is a big improvement in a short time, but Higgins is not content, as he looks for another victory tonight.

“I’m delighted, but it’s only six points,” he said. “We have to try and build on this momentum and try our very best to get another three points against Finn Harps.

“I’ve just come in and done the best I’ve possibly can. I’ve given it everything which I intend to do going forward. The players have responded really well and I’m delighted with every one of them. The staff have been brilliant to work with as well. I’m happy but it’s only the beginning and hopefully we can capitalise on this momentum.”

The Brandywell is a home away from home for Higgins, who made 289 appearances with the club during his playing days, but on his first night there as manager, he admits he will have some nerves.

“It will be a very special night and I can’t wait,” he acknowledged.

“It’s something when you start going into coaching it’s an ambition I had and it’s here for me now so I’m going to try enjoy it as best I can. I’m sure that when the whistle goes I’ll be fully focused on the game.

“I’ve been involved in enough games of football now. Nerves are good because it shows you care and I’m sure when the first whistle goes and we get into the game I’ll be fine.” 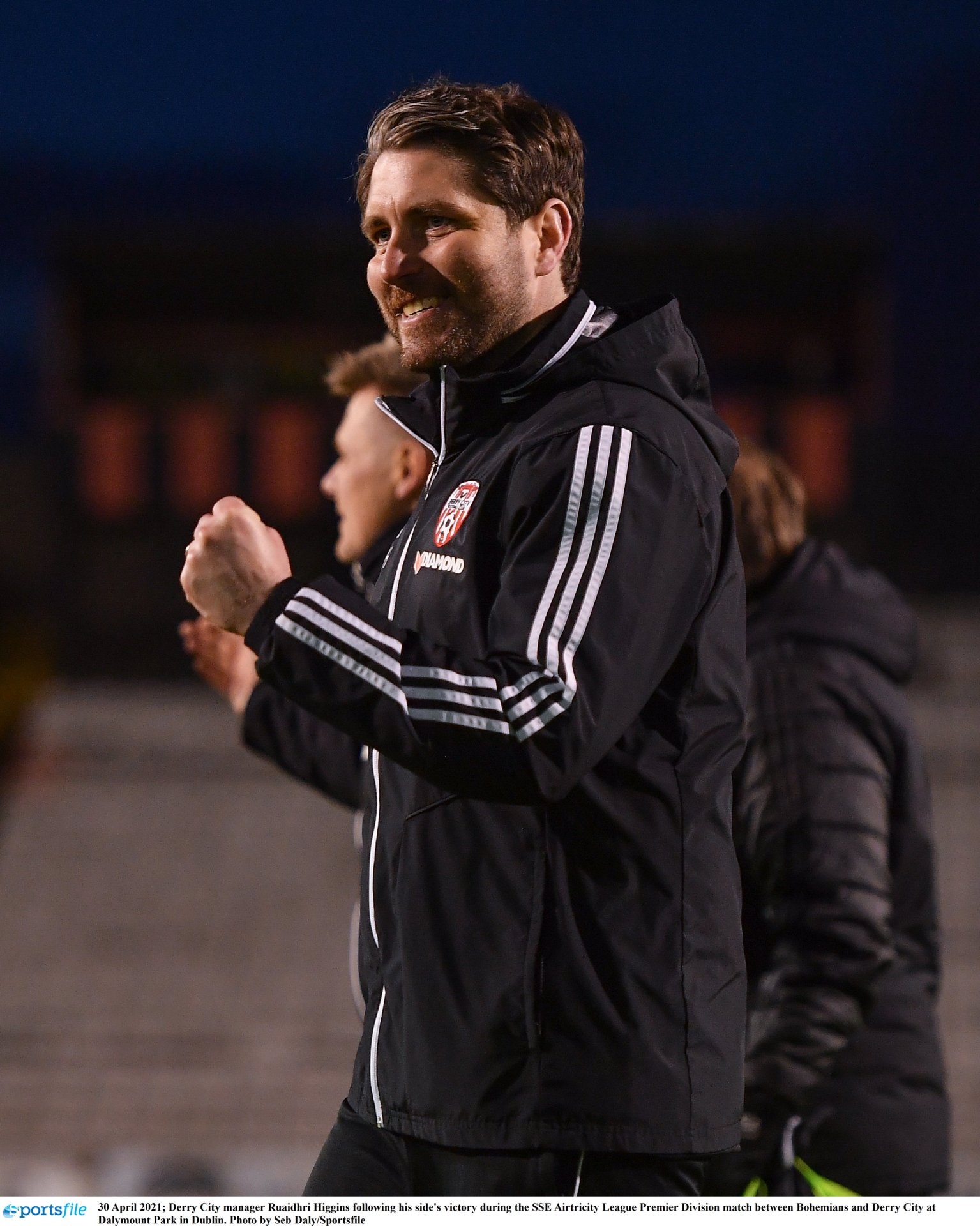 After a brilliant start to the season, Harps’ results have dipped in recent weeks, with Ollie Horgan’s team picking up just one point in four games. In contrast City are undefeated in four, but Higgins insists that all means nothing.

“I wouldn’t read too much against that because against Shamrock Rovers, Finn Harps were very good for the first 70-75 minutes,” he explained.

“They just got done by two sucker punches, but there was literally nothing in the game up until that point. We’re no fools, we know that Finn Harps are a really good side, well-organised with some really good individual players at the top end of the pitch that can hurt you at any given moment. We know that if we’re not prepared properly that we’ll get turned over, but we expect to come here with a real determination and drive with bits of quality to try and win the game.”

City still await their first goal from open play this season, but the manager is not too concerned with that fact, as long as the chance and the goals keep coming.

“I was happier that we created a couple of good chances from open play the other night so it’s not a concern,” he stated.

“I don’t care how we score goals as long as we score them. I saw enough in the game against Bohemians, especially in the second half, that we can create chances from open play as well.”