'We'll show the fans what we're really about'

Fitzgerald confident that Derry City will hit back from Longford disappointment 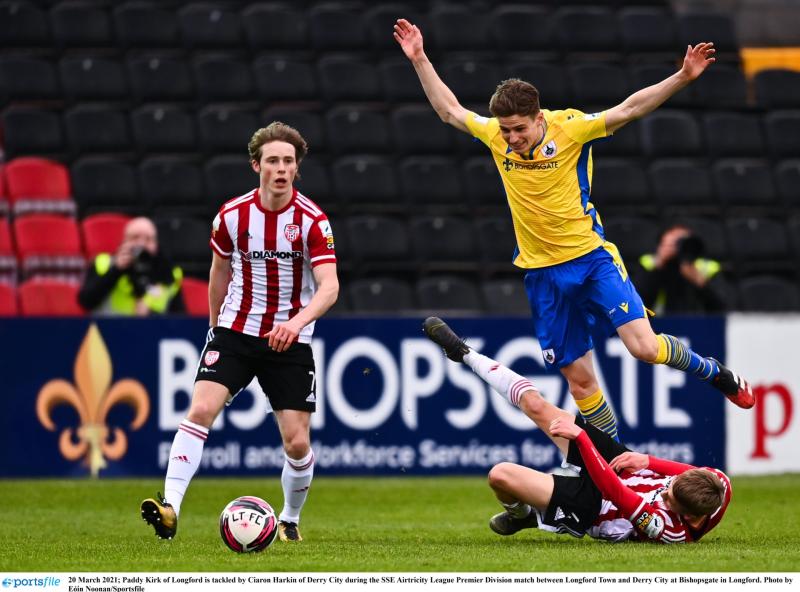 Derry City are back in action today against Longford Town.

If determination itself could be turned into three points, Derry City would have a win against Waterford already secured, judging by the tone in Will Fitzgerald’s voice as he talks about today’s game. (Kick off, 6pm).

It has been almost two weeks since the loss at Longford, the manner of which was surprising and disconcerting to watching City fans, who are hoping that a repeat of last season is not on the cards.

Having had a fortnight to get ready, the City players are extremely focused on one thing - making up for the defeat at Longford as the first home game of the season approaches.

The disappointment that the fans felt on March 20 has not been ignored by those representing the club.

“I think the while team and the management was quite disappointed with our showing against Longford,” Fitzgerald said.

“It’s always going to be difficult in the first game of the season against a newly-promoted team.

They came flying out of the blocks and they came with a lot of nervous energy and we just weren’t able to kill that in the first 10-15 minutes.

“As soon as we thought we were playing our way into it, they managed to ride the wave until the 90th minute, and they got two good goals in fairness.

We’ve just been on the training ground in the last 14 days working hard and we’re really looking forward to putting that result right now on Saturday against Waterford and showing the fans what we really can do.”

Former Waterford player Fitzgerald admits to being surprised that City struggle don day one, especially after a pre-season od positivity and progress.

“I think it was a surprise because if you look at all our pre-season games, we really did see a wide variety of what League of Ireland football is all about in terms of Finn Harps, who can go long or play physical, Bohs who like to play through the thirds, Bray who are playing good football at the minute, and Shamrock Rovers ‘B’ who have a young group of talent coming through.

City are already playing catch up because of their enforced break last week, but Fitzgerald believes that could be a blessing in disguise as it has given the team extra time to gel together ahead of a busy schedule.

“It’s been very beneficial,” he stated.

“We’ve been on the training ground almost every day for the last two weeks, really working hard and getting the kind of foundations of the way we want to play and the way Decky wants to play. He really impressed upon us that he wants to make the Brandywell a fortress this season, so that when teams step off the bus, they know they are going to be in for a real battle and they can’t take anything for granted against us.

“Our full focus is to get our first three points on the board Saturday. There is still a long way to go, 35 rounds left until the end of the season so I wouldn’t be pushing the panic button just yet. We are going to come ready on Saturday and really give everything we’ve got to get the three points.”

Waterford come to the Brandywell under a bit of pressure themselves after losing their opening two games, but former Blue Fitzgerald believes they will improve significantly over the coming weeks.

“They are a still a relatively unknown quantity,” he said.

“Kevin Sheedy came out after the game against Sligo and said they still have one or two boys in quarantine so it will be interesting to see if he will integrate them into the starting eleven. They are a young side so they are going to grow in confidence as the weeks go on, and if you have Brian and Daryl Murphy in your squad, they will be quietly confident in any game they play.”