Derry City legend's record has yet to be beaten since early days in League of Ireland. 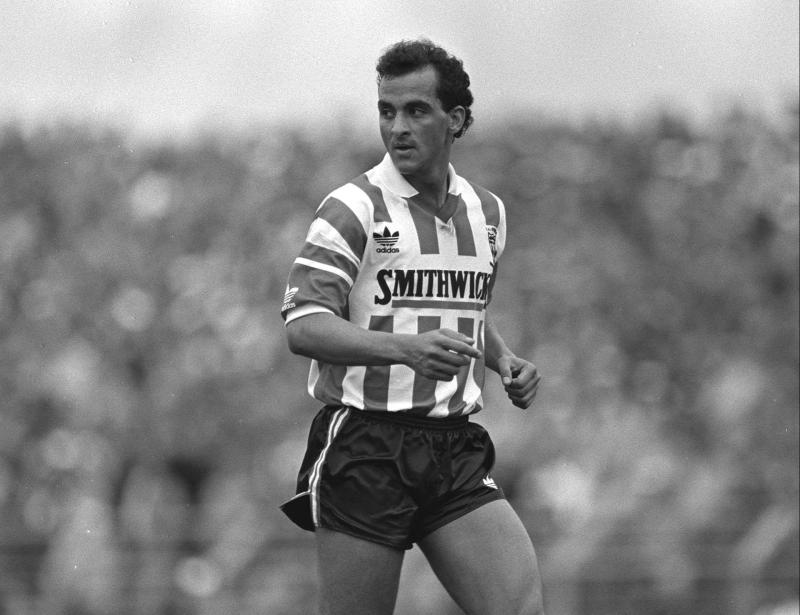 After 35 years and 52 games between the clubs, Owen Da Gama still remains top of the scoring charts when it comes to games between Derry City and Longford Town.

The South African is the club's top scorer against Longford with 6 goals, and since then no player has matched that, with Alex Krstic, Gareth McGlynn and Mark Farren coming closest with 4 goals each.

Da Gama’s most memorable contribution as a Derry City player arguably came against Longford in the memorable Shield final April 20, 1986, when he scored a fantastic hat trick.

Since that day, no Derry City player has managed a hat trick against today's opponents.

After a 3-1 first leg win at the Brandywell, Derry and Da Gama starred in front of thousands of travelling fans to seal the club’s first trophy as a League of Ireland team.

Most memorable perhaps was his third and final goal, a penalty, which Nelson Da Silva won in the last minute of normal time.

Weaving into the penalty area, a weary Longford defender could only hack the Brazilian down, but as the referee pointed to the spot, the field was besieged by joyous Derry fans who swarmed the pitch before the kick could even be taken.

When the crowd returned to their positions, just yards from the pitch and with nothing between themselves and the players, Da Gama finally got to take the kick, which he did successfully to spark another wild pitch invasion.

“It was a really exciting time to be part of the football club. The team I played for in Belgium were a big team but the people following Derry were so different. They were fanatical, just unbelievable and in all my career, even playing in Spain, managing in Africa and having seen some of the world’s biggest derbies, I have never experienced support like that. It was something.

“There were a couple of games we lost but the fans still backed us and that made us want to win for them. The enthusiasm and spirit of the fans made us want to work and train harder. The players would ultimately get the credit for anything achieved on the pitch but the beautiful thing about the club was the supporters. They were the essence of the club.”