'He will be a fantastic asset for this club'

Will Patching joins on a six-month loan deal from Dundalk 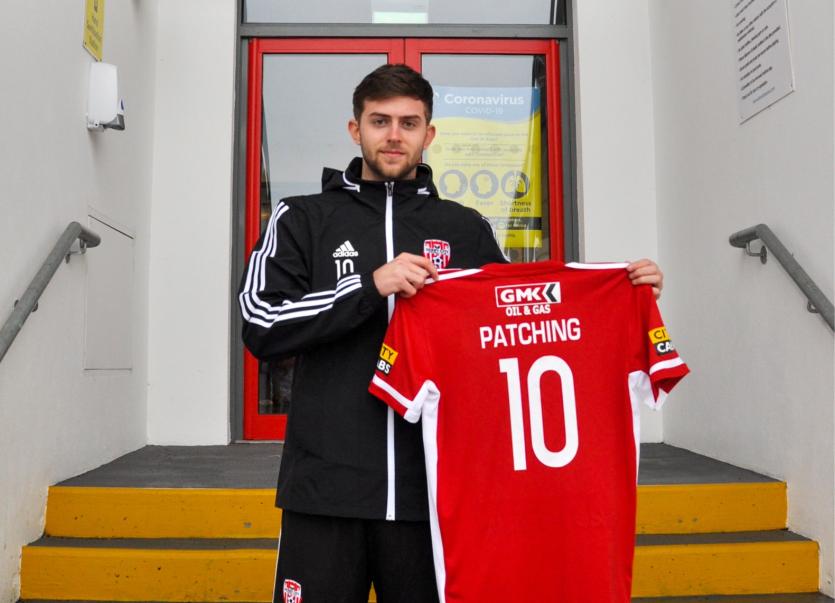 Will Patching will wear the number 10 shirt. Pic courtesy of Event Images.

Midfielder Will Patching has joined Derry City on a six-month loan deal from Dundalk, with a view to making the move permanent.

With the new season less than a month away, the Candystripes will finish their business today.

Patching came through the Manchester City youth academy before joining Notts County and he was capped by England at under-16, 17 and 18 level.

Will signed for the Lilywhites at the end of 2019 and made nine appearances in a stop-start summer.

There is clearly more to come from the well-regarded 22-year old and Declan Devine was certainly pleased to be welcoming him to the Brandywell this morning.

“We’ve been looking to add creativity to our midfield over the winter and Will brings that in spades.”
“He is a young lad with so much to offer and I’m delighted to bring him to Derry City.”

“Will is here on loan from Dundalk until July with the option to become a permanent signing after that.”

“His game time was limited last year because of competition for places.”

“I want him to get back to enjoying his football and to being the dynamic player that he is and from what I’ve seen so far he will be a fantastic asset for this club.”