Darren Kelly managing through the 'tiers' at Scarborough

Derry man managing matters off the pitch rather than on it 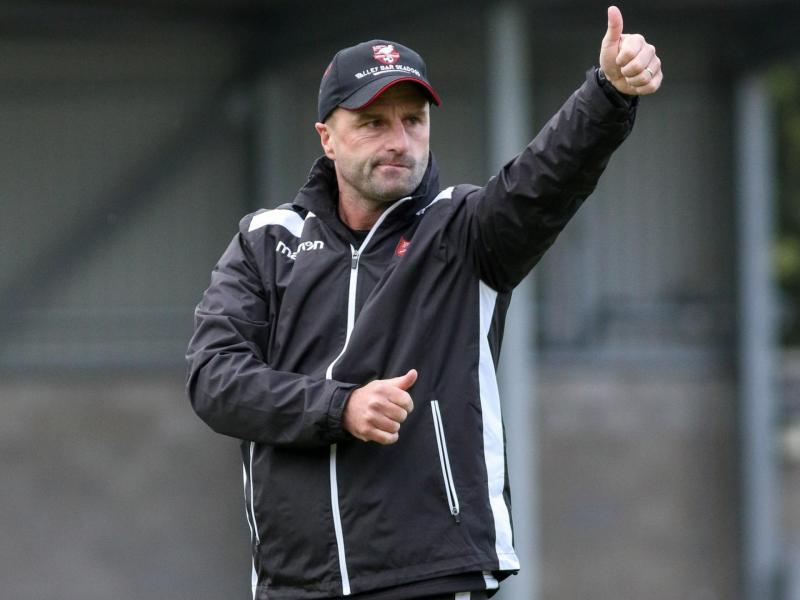 Darren Kelly has been at Scarborough Athletic for just over a year.

Darren Kelly has had to learn how to manage matters off the pitch rather than on it as the coronavirus continues to devastate the lower leagues in England.

The former Derry City defender, who has been linked with the vacant Northern Ireland U21s role in recent days, has been manager of Northern Premier League club Scarborough Athletic for just over a year, but has overseen just a handful of games at the club due to the impact of Covid-19.

Scarborough’s season was halted and declared null and void last year before competitive games resumed in September past. However, Kelly and his players managed just 10 games in all competitions, the last of which was at the end of October, before football in the lower leagues was stopped again.

The Premier League is the only division in England permitted to continue in the face of a national lockdown, and Kelly has revealed the difficulties facing managers of the lower division teams who are struggling to survive.

“Funnily enough, because of the different tier restrictions, the likes of Scarborough weren’t allowed any fans,” he said.

“We would get around 1,500-2,000 per game so when it was quite strict at the start we had to play our home games away so of the eight we’ve played, six of them have been away from home. Just trying to deal with that is difficult and we’ve been trying to keep the players engaged and everything but it’s just been very difficult.

Kelly has had to adapt to the new demands given this unusual situation, with other more important matters than football taking precedence.

“Over here we work on a system that’s mainly non-contract, so if you don’t play you don’t get paid,” he explained. “I just found myself trying to manage things off the pitch rather than on the pitch. It’s been difficult, it’s been challenging, it’s been something new to deal with and a right learning experience. The players have been looking for answers and it’s been difficult and I can’t see it changing any time soon to be honest.

“The season is going to be null and void, I can’t see anything past that. When I came in last season we were on the verge of the play-offs ad they voided the season then. Even if we started in March, we still have 36 games to play. It would be eight weeks before the team would get fit so it would be difficult to plan and prepare. It would take it into May before you could start up again.”

‘As best you can’

Kelly, who is married with three young children, has his own personal concerns of course, but with millions of people losing their lives to the coronavirus globally and unemployment soaring, he is putting everything in context and remaining optimistic that life will resume normality sooner rather than later.

“It’s tough because you’re basically in a national lockdown,” he continued.

“I’m currently still working but I can only work on a one-to-one level, there can’t be any big groups. Even with the kids and the school, they are still at school because my wife fits into a key worker category. We’re trying to keep everything as real as we can. It’s been going on a year now so we’re just trying to do as best we can in difficult times.

“There are so many problems out there, including people losing their lives. I’ve seen a lot of hurt, especially friends back home and it’s so, so sad to see. I have got to take the positives, I have a young and healthy family and friends. Obviously there is a lot of hurt so it’s about doing the best you can and hoping there’s a but of a rainbow around the corner.”